Skip to main content
Culture
A version of this story appeared in the June 16-29, 2017 print issue under the headline: Play draws Mary from Bible and Quran. 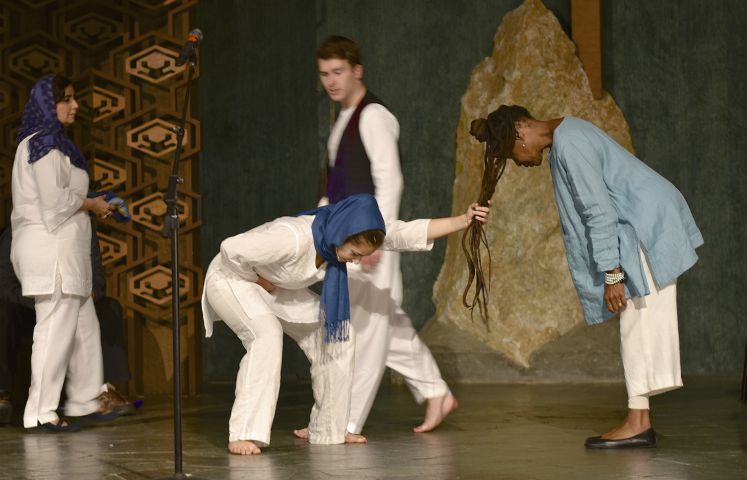 If the political discourse of the last year contained any theological lesson, it's that Americans could benefit from greater religious literacy. One place to start might be to examine which stories our faiths share in common.

That is the hope of "Mary/Maryam," a new play by Victoria Rue that explores the life of the mother of Jesus as she is presented in the Christian Scriptures and in the Quran.

"The Quran has a whole chapter named after Maryam," Rue said in an interview in her office on the campus of San Jose State University, where she is a lecturer in comparative religious studies and women's studies. "She has an entire chapter, or sura, named after her. Her name is mentioned 34 times."

In fact, Maryam is the only woman mentioned in Islam's holy book. She is known as the mother of Isa, the Quran's name for Jesus, whom Muslims see as a prophet. Rue said that encountering Maryam gave new dimensions to the Mary she knew from childhood, who was more of a static object of piety.

"The Quran put flesh and blood onto Mary for me," said Rue. "It gives her a childhood, a young adulthood and motherhood. That's a lot more than we're given in the synoptic Gospels."

The play imagines an older Mary and an older Maryam looking back on their lives. Each woman tells her own story, while another actress plays out important scenes that depict the parallels of their lives and the ways in which their stories diverge.

Since there is little in the canonical Gospel narratives about the early life of Mary, Rue relied on the Infancy Gospel of James to fill in some details. The apocryphal text dates to the second century and contains the earliest surviving stories about the birth of Mary and about her mother, Anna.