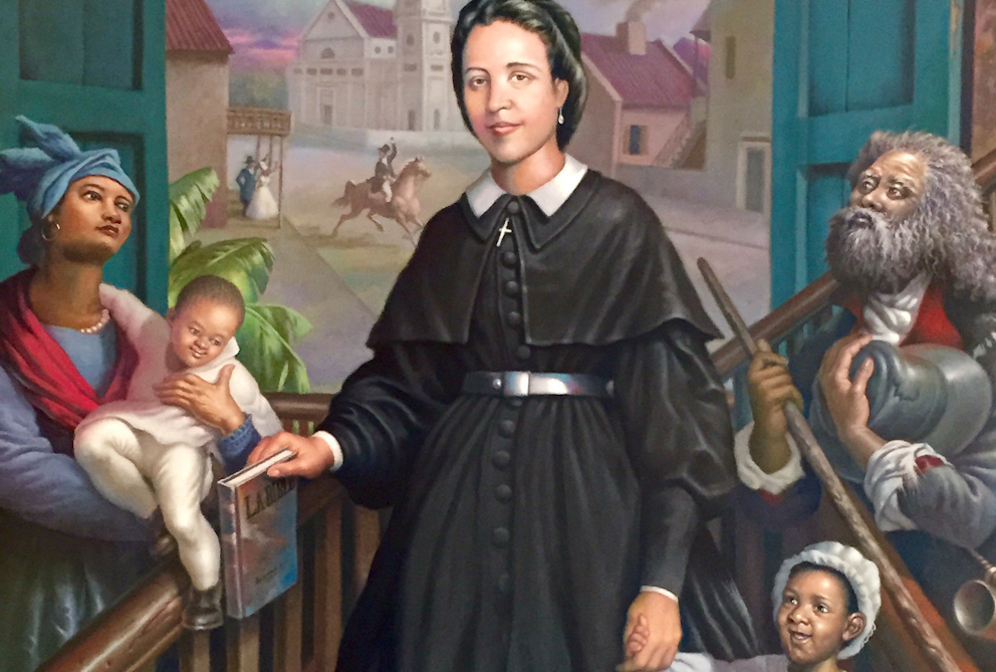 Venerable Henriette Delille, who founded the Sisters of the Holy Family in New Orleans in 1842, is depicted in a painting by Haitian artist Ulrick Jean Pierre. The Diocese of Little Rock, Ark., submitted formal documentation from a fact-finding mission regarding an alleged miracle, a healing through the intercession of Mother Henriette of a 19-year-old Arkansas college student in 2008. (CNS photo/ courtesy Sisters of the Holy Family)

For what could be the first time in the 176-year history of the Diocese of Little Rock, a diocesan tribunal submitted formal documentation to the Vatican on an alleged healing miracle of a former Arkansas college student.

"We served as a fact-finding gathering source for the Holy See," said Fr. Greg Luyet, judicial vicar of the diocese, who oversaw canonical procedures for this aspect of the sainthood cause.

The documentation prepared for the Congregation for the Causes of Saints in Rome is one possible step for the beatification cause for Mother Henriette Delille, who founded the Sisters of the Holy Family in New Orleans. Her sainthood cause was opened in 1988 and was approved unanimously by U.S. bishops in 1997. She was declared venerable in 2010.

If her canonization cause continues, she could be the first black saint from the U.S.

The story of a possible miracle attributed to Mother Delille's intercession, stems from Christine McGee who was a 19-year-old college student when the alleged healing happened in Little Rock, said Sr. Doris Goudeaux, co-director of the Henriette Delille Commission Office.

In December 2007, McGee was hospitalized for an aneurism. Sr. Doris said her mother was told that her daughter "was very sick, and they should try to get to the hospital as soon as they could ... it looked like she was going to die."

The girl's mother, who had a devotion to Mother Delille, started to pray to her from the time she first learned of her daughter's sickness. "She prayed to Henriette the whole time. Even though it seemed like things weren't going to work, she held on to that belief," Sr. Doris said. 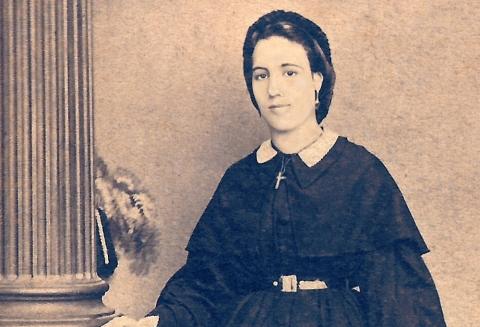 Venerable Henriette Delille, who founded the Sisters of the Holy Family in New Orleans in 1842, is seen in this restored photo taken around 1850. The Diocese of Little Rock, Ark., submitted formal documentation from a fact-finding mission regarding an alleged miracle, a healing through the intercession of Mother Henriette of a 19-year-old Arkansas college student in 2008. (CNS photo/ courtesy Sisters of the Holy Family)

The doctors said McGee was "still unresponsive in a coma" even when things started to look better, Sr. Doris said. While things did get worse before they were better, McGee was released from the hospital a month after she was admitted. She went through physical therapy and last year she obtained her master's degree from Loyola University in New Orleans.

The Holy Family Sisters were first informed about the alleged miracle in 2014 by McGee's mother. The story was published in the order's newsletter and Vatican officials saw it. The order then started the official investigation process.

Andrea Ambrosi, postulator of Mother Delille's cause, received word from the Holy Family Sisters regarding the alleged miracle. The Diocese of Little Rock then received a formal request to embark on a fact-finding mission since the alleged miracle occurred in Arkansas.

The diocese opened the fact-finding case in 2015 about the alleged miracle and finished their work in 2018.

Sr. Doris said she had limits on what details she could share regarding the case, but she said the Congregation for the Causes of Saints issued "a decree of juridical validity," signed Dec. 7, 2018, confirming the Diocese of Little Rock met the standards for collecting the required facts within their documentation.

Citing norms issued by the Congregation for the Causes of Saints to maintain secrecy of the process — including the questions asked and those who participated to protect the integrity of the process — Fr. Luyet said he was not able to discuss anything about the alleged miracle or individuals involved.