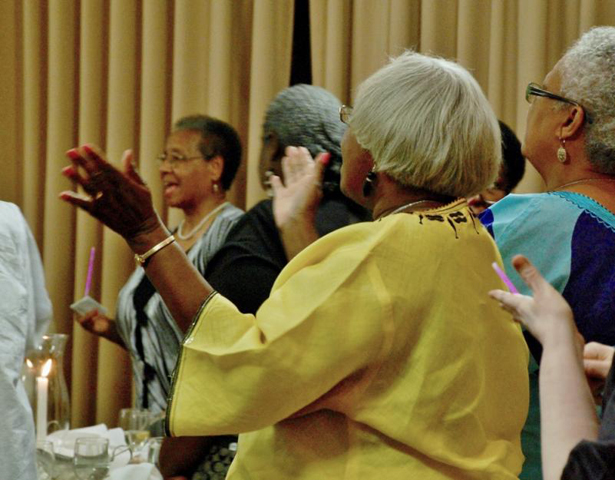 Participants clap and sing at the close of the joint meeting between the National Black Sisters Conference and three black clergy groups Wednesday in Charleston, S.C. (GSR photo/Dan Stockman)

The conference location was chosen a year ago, but those attending this week's events say God clearly had a hand in it.

On June 17, nine people were killed at Emanuel African Methodist Episcopal Church here when a young white man entered the historic black church and joined a Bible study for about an hour before he began firing a handgun. Dylann Roof, 21, was arrested and confessed to the hate crime, saying he had hoped to incite a race war.

So Tuesday morning, they went to Emanuel AME, not knowing what they would find.

The visit turned into a sort of pilgrimage.