Q & A with Sr. Sheila Kinsey, advocating for Earth through Sowing Hope for the Planet 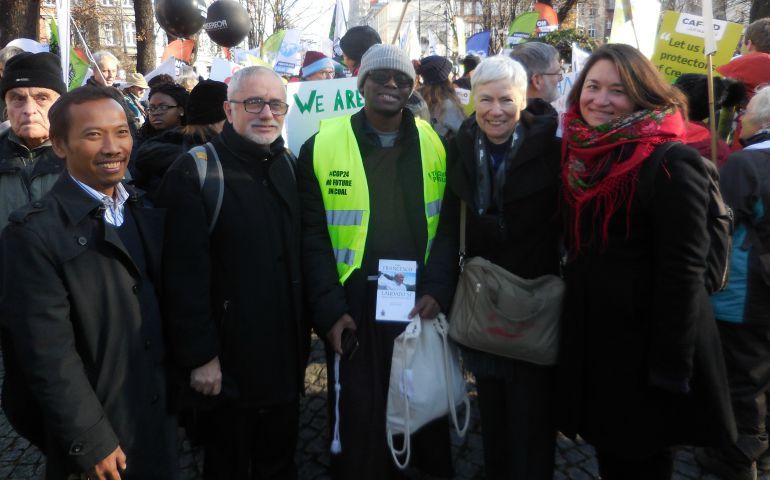 At the May 6-10 triennial meeting in Rome of the International Union of Superiors General (UISG), leadership of women religious around the world received an update on a campaign that aims to place special focus on congregations' efforts to heed Pope Francis' call to environmental stewardship and their continued work to put his words into action.

Started in June 2018, the Sowing Hope for the Planet campaign challenged congregations to find ways, both personally and in their communities, to implement the message of the pope's encyclical "Laudato Si', on Care for Our Common Home."

Leading the effort has been Sr. Sheila Kinsey, a member of the Franciscan Sisters, Daughters of the Sacred Hearts of Jesus and Mary and executive co-secretary for UISG's Justice, Peace and Integrity of Creation Commission. That commission partnered with the Global Catholic Climate Movement to promote Sowing Hope for the Planet, with more than 250 congregations taking part. A survey launched in March has tracked sisters' participation, with the hope to identify best practices that can be expanded.

During the UISG assembly, Kinsey provided the 850 superiors general gathered there with a progress report on Sowing Hope for the Planet. Sisters were also encouraged to appoint contact people within their congregations to broaden the campaign, including through participation and support of the upcoming special synod on the Amazon, set for October in Rome.

Kinsey spoke with GSR by email in March about Sowing Hope for the Planet's genesis and how sisters have taken up the ecological cause.

GSR: What led UISG to take up the Sowing Hope for the Planet program?

Kinsey: On June 18, 2018, the UISG board launched a two-year campaign, Sowing Hope for the Planet, to share efforts of the sisters in putting Laudato Sí' into practice. Already, Laudato Si' had spread throughout religious communities, becoming a deeply meaningful connection with people and the Earth through faith and the words of Pope Francis.

EarthBeat | Q & A with Sr. Sheila Kinsey, advocating for Earth through Sowing Hope for the Planet