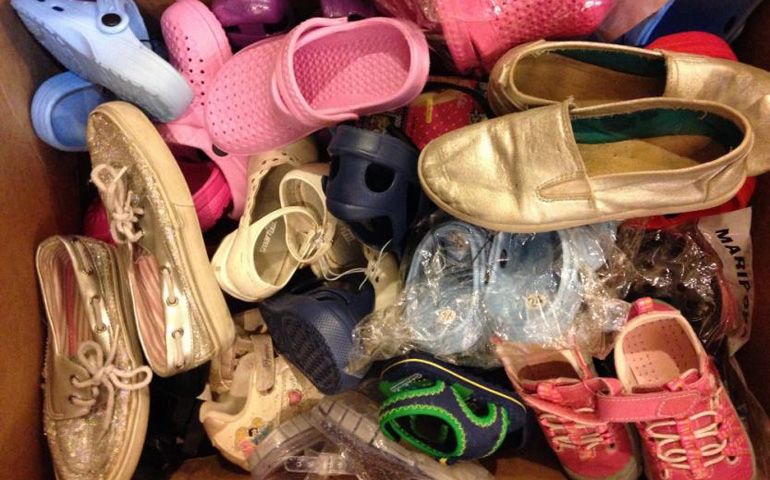 El Paso, Texas — We Sisters of Charity who live at the U.S.-Mexico border are in a holding pattern, ready and waiting for the next planes to arrive with immigrant families who have been detained in south Texas. The national news has latched onto the protests in one California town against busloads of immigrant families arriving for processing by Customs and Border Protection and Immigration and Customs Enforcement.

Less attention has been focused on the generous outpouring of humanitarian assistance by people of faith in other communities. Bishops from Brownsville, Texas, to Tucson, Ariz., have taken advocacy for comprehensive immigration reform to new levels, speaking on national news and in congressional hearings about the surge of Central American families and unaccompanied minors at the southern border.

The initial rush to set up temporary shelters in El Paso required the mobilization of volunteers and establishment of procedures for everything from the clothing bank to transportation. Nobody knew when planes would arrive or how long the processing would take. When the vans began depositing people at the shelter, all of the gathered resources and best efforts to organize the response seemed inadequate to the magnitude of the needs. After the first wave there were more strategizing sessions and volunteer trainings. Additional sites for shelter were identified and support was given to get them organized.

Faith-based groups turn up the heat on ICE