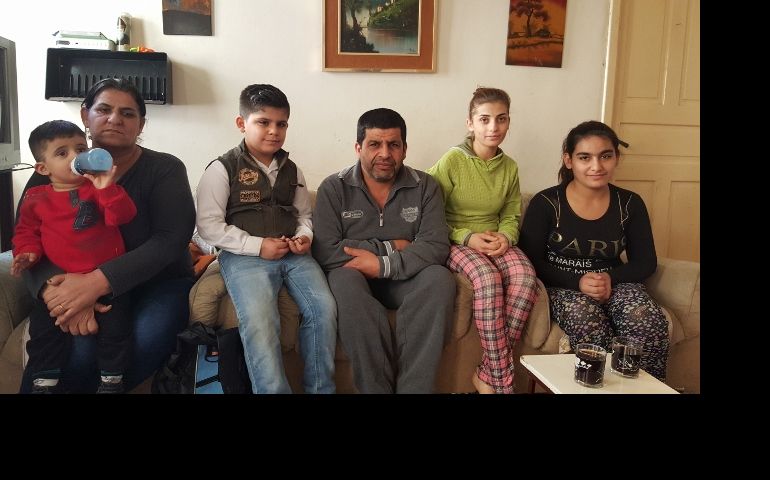 More than a decade after war disrupted their lives in Mosul, Iraq, Chamel Sarmad Gazgouz and his family now find themselves part of the human tidal wave of refugees seeking safety in Lebanon and neighboring countries.

Their journey took them first to Al-Hamdaniya, Iraq, for nine years. Then in 2014 as the so-called Islamic State (ISIS) posed a new threat, they fled to Erbil in Kurdistan, staying just three months before ISIS again appeared. So, the family set out for Lebanon -- "a Christian country" as Gazgouz's wife, Amira Hamokan Bolos puts it -- and with hopes that they could eventually land in Europe or elsewhere. They have resided in Beirut since November 2014.

At Washington exhibit, the toll of the immigrant journey becomes art