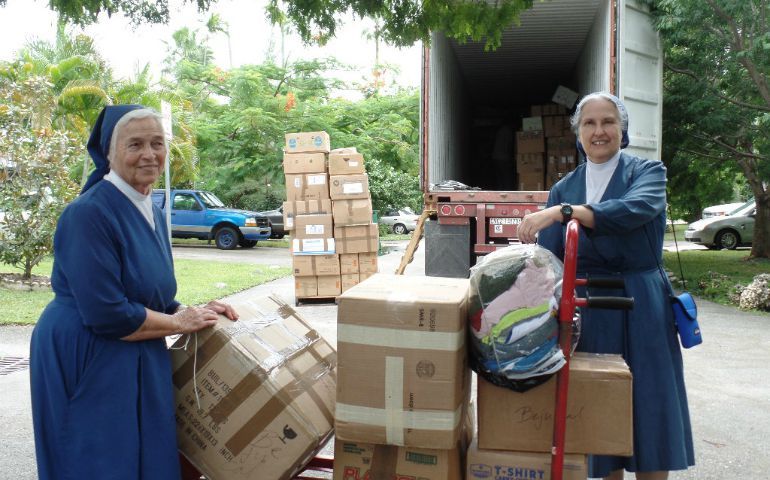 Daughters of Charity in Miami operate a donations program to send food, medicine and supplies to Cuba. (Provided photo)

HAVANA, CUBA, and MIAMI — Forbidden by the Communist government to run official Catholic schools, a congregation in Havana quietly offers alternative after-school courses focusing on the arts. Parents, who learn about the program by word of mouth or church bulletins, tell the sisters they'd prefer the classes focus on math and science rather than guitar lessons, theater and painting.

But one project in particular highlighted the merits of the artistic assignments.

"We asked the kids to draw someone who loves them very much, thinking they'd draw their mothers, their grandparents, someone from their home," one sister said. "Instead, they drew Fidel."

Fidel Castro led the Cuban Revolution and took power in 1959, implementing a communist agenda and depending on the Soviet Union for financial support until its fall in 1991. He was a dictator until 2006, when his health deteriorated and he ceded power to his brother Raúl. Fidel Castro died in 2016.

"This is what they're taught in school," the sister said. "It's drilled into them that Fidel loves them very much. That's the benefit of teaching the arts: You're teaching them to think for themselves, to develop independently."

The sister's after-school program — not illegal, but managed quietly and with careful language — is one of many programs throughout the island where Catholic sisters and organizations shore up social services otherwise lacking because of the struggles Cuba's economy face from the chill in relations with the United States. More than 75 percent of Cuban households earn less than $1,000 per year, according to the Boston Consulting Group, and 90 percent of Cubans use food rations, which cover the basics (such as flour and vegetable oil). Shortages occur often.

Through work by the sisters and other programs, the Catholic Church in Cuba extends its reach beyond parishes and strengthens ties with donors, often Cuban exiles in the United States and elsewhere.

Presidential candidates answer: How will you help the hungry and poor?