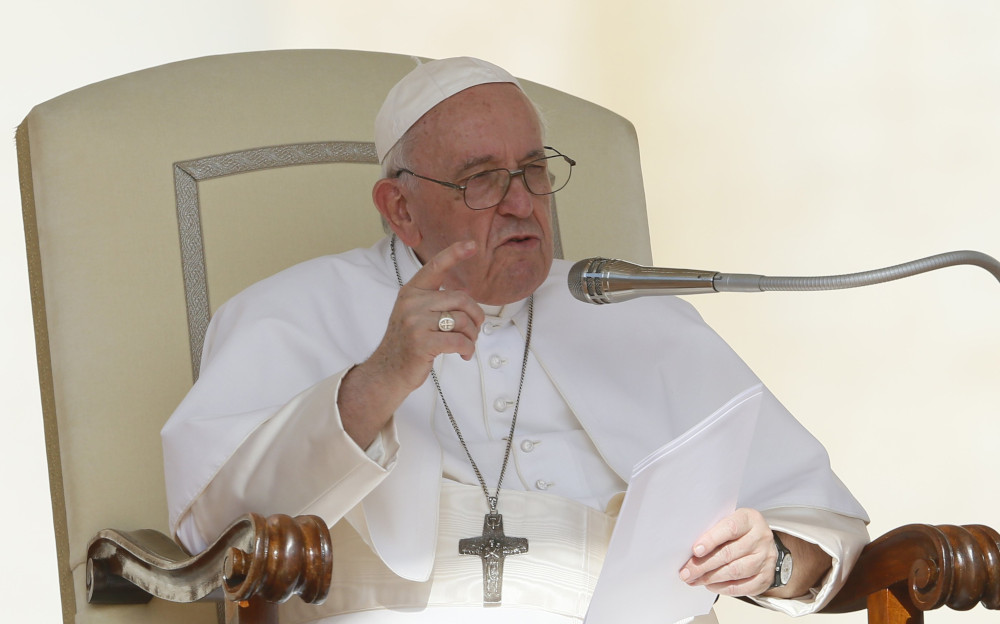 Discerning the will of God means being able to listen to one's own heart and recognize the Lord's presence in the unexpected events of life, Pope Francis said.

Like St. Ignatius of Loyola, whose conversion began after he was recovering from a wound in battle, Christians can discern by recognizing "the signs through which the Lord makes himself known in unexpected, even unpleasant, situations," the pope said Sept. 7 during his weekly general audience.

"A life-changing encounter can arise from them," he said. "The most beautiful thread is given to us by the unexpected."

Continuing his new series of talks on discernment, the pope reflected on St. Ignatius, whose life "is one of the most instructive examples" of discerning God's will.

Recalling the former soldier's fascination with tales of chivalry, the pope said St. Ignatius "reluctantly" read the lives of saints while recovering from his wound, since those were the only books available.

"He is fascinated by the figures of St. Francis and St. Dominic and feels the desire to imitate them," the pope noted. "But the world of chivalry also continues to exert its fascination on him. And so, within himself, he feels this alternation of thoughts -- those of chivalry and those of the saints -- which seem to equate to one another."

St. Ignatius, he continued, realized that "worldly things" that once gave him pleasure no longer satisfied him, while thoughts of holy deeds fulfilled him.

The pope explained that there is always "a history that precedes one who discerns," and it is important to take that history into consideration when discerning God's will, "because discernment is not a sort of oracle or fatalism, or something from a laboratory, like casting one's lot on two possibilities."

"The great questions arise when we have already traveled a stretch of the road in life, and it is to that journey we must return to understand what we are looking for," he said.

St. Ignatius, he added, "had his first experience of God by listening to his own heart, which presented him with a curious reversal: things that were attractive at first sight left him disillusioned, whereas in others, less dazzling, he found lasting peace."

"We, too, have this experience; very often we begin to think about something, and we stay there, and then we end up disappointed. Instead, if we carry out a work of charity, do something good and feel something of happiness, a good thought comes to us, and happiness comes to us, something of joy, and it is an experience that is entirely our own," the pope said.

St. Ignatius' example, he added, also shows that another important aspect of discernment is in listening to one's heart in the "apparent randomness in the events of life" that, although seemingly "a banal mishap" can "nonetheless hold a possible turning point."

"Listen carefully," Pope Francis said. "God works through unplannable events that happen by chance -- by chance this happened to me, by chance I met this person, or by chance I saw this film.

"It was not planned, but God works through unplannable events, and also through mishaps," the pope said.