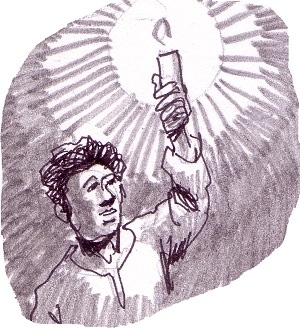 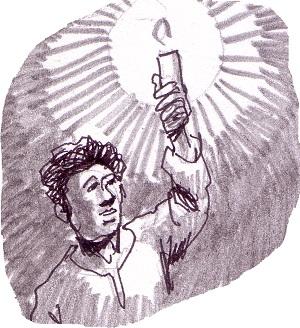 History shows that social change happens in one of two ways, by evolution or by revolution. Evolution implies gradual change through adaptation and voluntary adjustments to correct problems and achieve greater common good. Revolution occurs when needed changes are blocked and human rights are violated to protect a status quo that benefits some at the cost of others.

Today’s challenging Gospel text about divisions between generations and within families shows us just how radical the teachings of Jesus were for his followers. The early church marked a departure from orthodox Jewish teaching and a confrontation with Roman imperial culture and religion. The status quo was disrupted by revolutionary claims that a crucified man had been raised from the dead to reveal a new way of being human and a new destiny for mankind as God’s beloved community. The path forward was possible only by a deep transformation of society toward a more just and compassionate world.

This revolution would cost many of its evangelists their lives. Peter and Paul and most of the Apostles were executed by Rome as subversives. The message and example of early believers attracted the lower classes, household servants, former slaves and social outcasts to what in some larger cities was an underground church. Waves of persecution and scapegoating of these social dissenters was politically popular in Rome. It would be three centuries before the church gained official status.

The mainstreaming of Christian belief and the emergence of the church as a dominant player in Western history may have done more to mask the Gospel’s radical nature than any attempt to suppress it. We can be grateful not to be persecuted today, but must then examine our discipleship if there is little cost for being American Catholics.

Today’s global and national crises offer countless tests of our sense of justice and the depth of our compassion for the suffering of others. History first offers evolution to effect change peacefully, through social and political activism, vigorous discourse, standing with victims of injustice, public protest and even civil disobedience. Where evolution does not occur, revolution may follow, with often volatile consequences.

The revolution Jesus proposed was a revolution of the heart, the abandonment of self-interest for the sake of others. The fire he came to set was the purifying fire of love. The baptism of fire he anguished over was his decision to lay down his life for his friends. It was the most revolutionary act possible, and history is imprinted with the pattern of his death and resurrection as the way real transformation is accomplished.

Each time we celebrate the Eucharist we are asking Jesus to imprint this pattern on us. Where whole faith communities bear this sign, no witness is too small and no change is impossible. Our forebears in the faith attest to this.