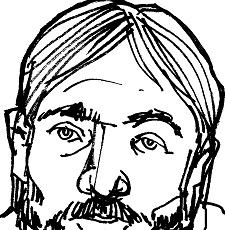 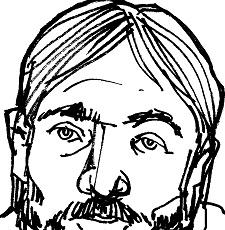 Jesus’ farewell discourses with his disciples describe the mutual covenant that will enable them to continue their relationship with him after he departs. It is even necessary for him to depart physically for this new and deeper relationship to begin. They have known him in this life in a particular way by being with him as Jesus of Nazareth, a real person in history, alive with them in Galilee and Judea, eating and drinking. walking and talking with them.

But now, after the mysterious, life-altering events of his death and resurrection, the disciples are about to experience an even deeper intimacy with him because he will indwell them by the power of his Spirit. They will know him as God’s Incarnate Word, and to know him and love him in this way will open them to the inner life of God.

The discourses move the witness to Jesus from a narrative to a profound theological and even mystical level. We may find these passages difficult to understand, but they convey a crucial transition for the faith of the early church that applies to us. The stunning experience of the first disciples who encountered the risen Christ was passed on orally in the preaching and the worship life of the first generation of believers. But what of future generations? How would they also encounter Jesus and know him as Lord?

The four Gospels were in large part written for believers who were not eyewitnesses, but were encountering the risen Christ in the Scriptures, the Eucharist and in their faith communities. Jesus was alive in them and with them, but in a new way. It was not necessary, as St. Paul wrote, to have known Jesus of Nazareth to know him as Jesus the Lord. He was just as present and available to anyone who believed in him.

John’s Gospel, composed toward the end of the first century, assured believers that they had the same access to an intimate relationship with risen Jesus as the first disciples because by baptism they, too, were united with Jesus and could experience the same indwelling of the Father, Son and Holy Spirit.  They were now members of the body of Christ, alive and active in the world.

We are among these disciples two millennia later and just as intimately united with Jesus as they were. The Farewell Discourses are for us, and by keeping these words of Jesus we are being formed into Christ for our time and receiving our call to share his crucified and risen presence in the world today.

But the theology must be lived to become real faith. This is why Easter remains incomplete until we know Jesus by keeping his commandment to love one another and by being ready to lay down our lives in service and sacrifice as he did. If this makes us feel anxious and totally unprepared, we are like the first disciples in the days following Easter. They withdrew in prayer to ask God how they could ever continue Jesus’ redemptive work in a hostile, indifferent world.

If we feel the same way and wonder what comes next, we are on schedule, for the answer to our prayer is just three weeks away, Pentecost Sunday.