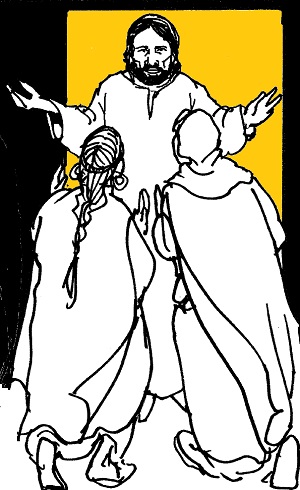 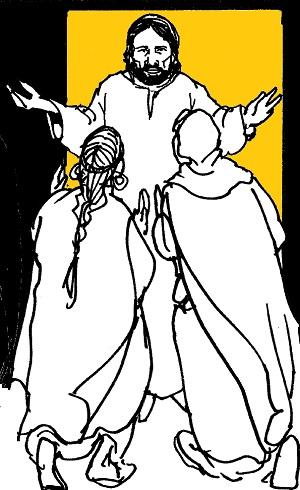 The Bible is not a single book but an entire virtual library of different types of literature that celebrate God’s revelation and relationship to his people. As a divinely inspired but human record, the scriptures also show the development of our concepts of God, culminating in the person of Jesus, the ultimate reflection of God as our heavenly Father.

This development is illustrated dramatically in today’s first reading from the Book of Judges. Jephthah makes vow to God that if he defeats the enemies of Israel, he will offer as a thanksgiving the first person who meets him on his return home. It turns out to be his own daughter. This tragic story contradicts the account in Genesis where God orders Abraham to spare his son, Isaac.  Two traditions were saved in the Scriptures, the one from the Torah overriding the other.

Today’s Gospel parable about an angry king who sends his armies to destroy the ungrateful guests and then kicks out another guest for not wearing a proper garment also seems to reflect developments in the early church in the light of later events.  One of the Jesus’ original wedding parables about the urgency of accepting God’s invitation is turned into an allegory directed at the Jewish rejection of Jesus and suggests that the subsequent destruction of Jerusalem by the Romans in 70 CE was divine punishment.

The harshness of the angry king, including his treatment of a guest forced into the feast from the highway and not having a wedding garment, hardly resembles the image of God Jesus preached. And the allegory promotes invalidating God’s covenant with the Chosen People, an idea that resulted in centuries of anti-Semitism until it was rejected by Vatican II as a distortion of God’s fidelity to the Jews.

A literalist and fundamentalist approach to the Bible would miss the dynamic richness that comes from studying and reading the Scriptures with discernment and the belief that we are supposed to engage the complexities of God’s Word as a living conversation instead of the set lesson. The Word is always Good News, but like a treasure in a field or fine pearl or seed looking for good soil, it reads us as we read it.  Faithful listening is an encounter with Jesus, who is an encounter with God, and the result is always surprising and life-giving.