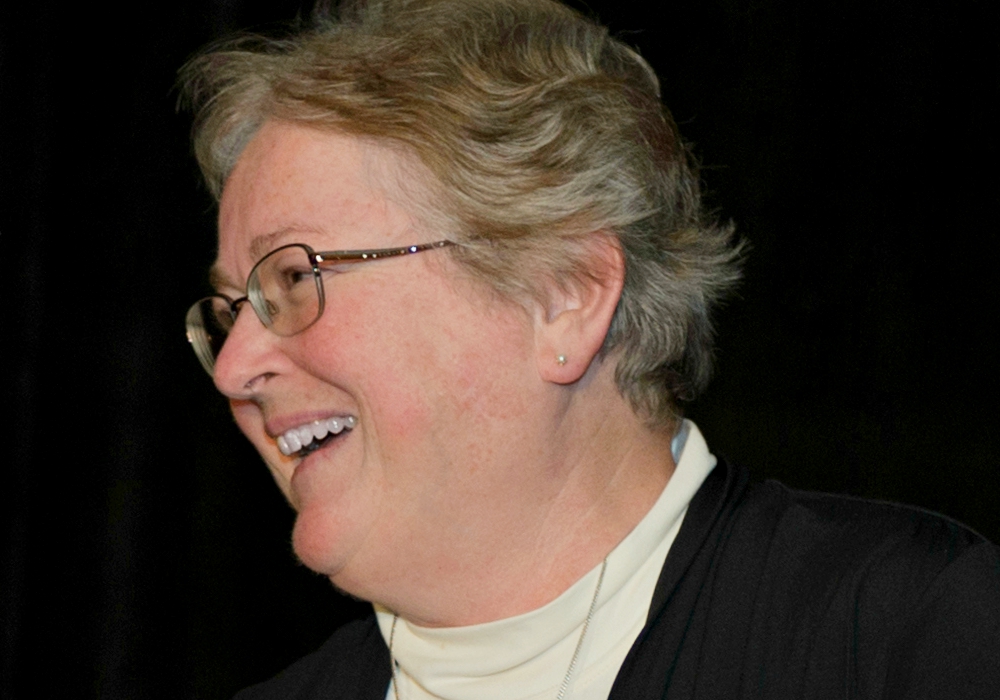 St. Joseph Sr. Jayne Helmlinger, incoming president of the Leadership Conference of Women Religious (Courtesy of the Sisters of St. Joseph of Orange)

Jayne Helmlinger had been researching religious communities around Texas, where she lived in the mid-1980s, but none felt right. She was about to return home to Ohio to explore communities there when her diocesan vocations director convinced her to visit the Sisters of St. Joseph of Orange, California, who ran a hospital nearby.

"I went to dinner with them just to get him off my back," Helmlinger said of the evening in 1986, when she was 28. "But I remember crossing the front door of their convent, and I just knew. I knew before I ever had a conversation with them."

Helmlinger had been living and working in Lubbock, Texas, in the four years since she graduated with a business degree from Wright State University in Dayton, Ohio, and could not escape the feeling she was called to religious life.

"My parish priest said, 'This call must be a stubborn one because it's followed you all across the country,' " Helmlinger said.

Before the dinner with the Sisters of St. Joseph began, Helmlinger joined the sisters in a prayer service with lots of lit candles in the chapel. During dinner, Helmlinger kept saying she smelled smoke, but no one else did. She marveled at how at home she felt with the sisters, but she knew instinctively that something was wrong. After dessert, they returned to the chapel to find the entire altar on fire.

"We call it my burning bush moment," Helmlinger said, laughing. She joined the Sisters of St. Joseph of Orange within months.

Thirty years later, the draw of religious life is just as strong as Helmlinger prepares to become president of the Leadership Conference of Women Religious on Aug. 16 at the organization's annual assembly in Scottsdale, Arizona.