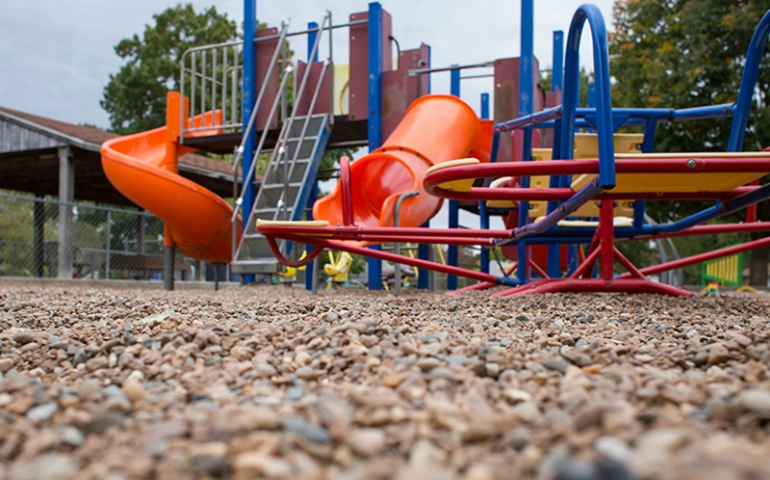 The Supreme Court has ruled for a Missouri church that claimed religious discrimination after it was refused state funds to improve its playground.

Ruling 7-2, the court determined June 26 that the state had unfairly treated the school — run by Trinity Lutheran Church in Columbia — under the First Amendment's free exercise clause.

The state wrongly denied the church  "an otherwise available public benefit on account of its religious status," Chief Justice John Roberts wrote in the majority opinion.

"This Court has repeatedly confirmed that denying a generally available benefit solely on account of religious identity imposes a penalty on the free exercise of religion," he continued.

The case pitted Trinity Lutheran Church against Missouri's Department of Natural Resources, which offered grants to help nonprofits pay for the resurfacing of playgrounds with recycled tires.

Justices Sonia Sotomayer and Ruth Bader Ginsberg dissented the case, considered by many court watchers to be the highest profile of the Supreme Court season,  from October through the end of June.

"To hear the Court tell it, this is a simple case about recycling tires to resurface a playground. The stakes are higher. This case is about nothing less than the relationship between religious institutions and the civil government — that
is, between church and state," Sotomayer wrote.

"The Court today profoundly changes that relationship by holding, for the
first time, that the Constitution requires the government to provide public funds directly to a church. Its decision slights both our precedents and our history, and its reasoning weakens this country's longstanding commitment to a separation of church and state beneficial to both."

"The government should treat children's safety at religious schools the same as it does at nonreligious schools," said David Cortman, senior counsel at the Alliance Defending Freedom, said in a statement.

The ADF argued the case at the Supreme Court on behalf of the church.

"The decision today affirms that commonsense principle and the larger truth that government isn't being neutral when it treats religious organizations worse than everyone else," Cortman continued.