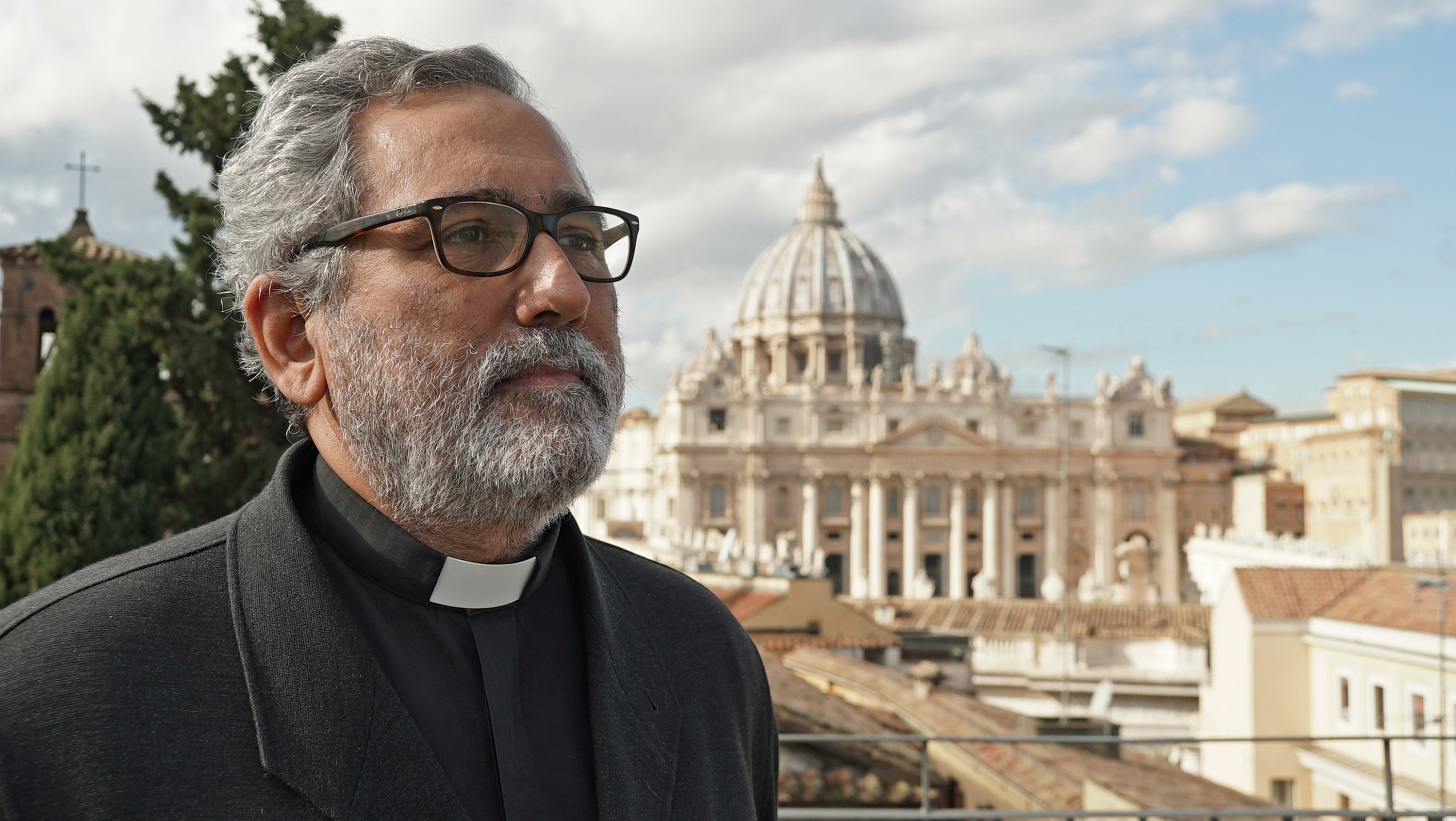 Jesuit Fr. Antonio Guerrero Alves, the new prefect of the Vatican's Secretariat for the Economy, is pictured in an undated photo. (CNS/courtesy Society of Jesus)

When Cardinal Jorge Bergoglio in 2013 became the first Jesuit in history to be elected the Roman pontiff, there was not a single member of his religious order serving at the Vatican in a leadership position.

Six-and-a-half years later, Pope Francis has now appointed three of his former confreres in the Society of Jesus to the Vatican's highest posts. The latest was Spanish Jesuit Fr. Juan Guerrero Alves, who the pope appointed Nov. 14 to become the prefect of the Secretariat for the Economy.

Guerrero, formerly an official at the Jesuit headquarters in Rome, joins Spanish Jesuit Cardinal Luis Ladaria, who heads the powerful Congregation for the Doctrine of the Faith; and Canadian Jesuit Cardinal Michael Czerny, who leads the Vatican office that advocates for global migrants and refugees.

Church historians and theologians say the appointment of Jesuits to such roles represents a significant shift, especially given the rather contentious relations between the Vatican and the order under the papacies of John Paul II and Benedict XVI.

Catto, a researcher at the University of Modena and Reggio Emilia, called Francis' choices "an anomaly and certainly not traditional."

Christopher Bellitto, a U.S. church historian who has written extensively on the history of the papacy, said he thought it was logical for the pope to turn to members of his religious order when filling Vatican posts.

"It's natural for a pope — or a CEO or a high school principal — to put like-minded people around him," said Bellitto, a professor at Kean University in New Jersey.

"We have seen this with every papacy and its choice of cardinals and bishops," he said. "Francis' choice of Jesuits in key positions fits that model, but it's not like he's flooding the field with his Jesuit brothers."

Guerrero had been serving at the Jesuit headquarters as a general counselor, responsible for governing the order's houses and works in Rome in the name of its superior general, Fr. Arturo Sosa.

The Spanish Jesuit, who will effectively become the Vatican's finance minister when he takes up his new post in January, replaces Australian Cardinal George Pell, who took a leave of absence from the Vatican in 2017 to return to Australia to fight charges of sexual abuse of minors.

Pell's five-year term at the secretariat ended in February. The office had been led in his absence by its number-two official, Italian Msgr. Luigi Misto.

Although it is hard to say for certain given the length of the Catholic Church's history, it appears that prior to Francis only one other Jesuit had ever led a Vatican office: the late German Cardinal Augustin Bea, who headed the Secretariat for Promoting Christian Unity under Popes John XXIII and Paul VI from 1960-68.

Beyond naming Jesuits to Vatican positions, Francis has also taken recently to including more members of his order in the College of Cardinals. 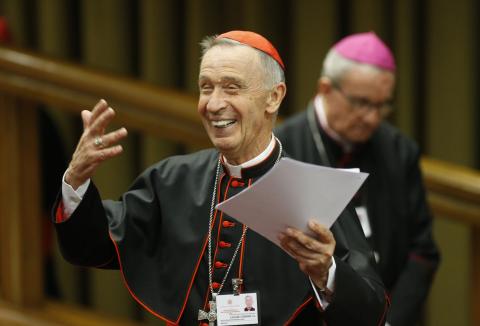 Cardinal Luis Ladaria, prefect of the Congregation for the Doctrine of the Faith, gestures before the start of the final session of the Synod of Bishops for the Amazon at the Vatican Oct. 26. (CNS/Paul Haring)

At the moment, however, there appears to be a plan specifically not to make Guerrero a cardinal.

In an interview with the state-run outlet Vatican News, Sosa said that when Francis asked for the Jesuit superior's approval to appoint Guerrero to the Vatican role, Sosa requested the position "not be associated with the episcopate."

Sosa said he made that request in hopes that when Guerrero finishes working at the Vatican, the Spaniard can return "to his normal life as a Jesuit."

Massimo Faggioli, a theologian and historian who has focused his research on the church in the decades since the Second Vatican Council, said he thought Sosa's request "sends a signal about the non-necessity to be a bishop to serve the universal church at the highest level in Rome."

Faggioli, a professor at Villanova University, noted that throughout the 20th century Vatican offices came to be led more and more by bishops, instead of priests or even laypeople.

"This is a new moment in the globalization of Catholicism because it is not and cannot happen with the same degree of clericalization of personnel," he said.

But Faggioli also noted that in the Vatican's hierarchical structure it may prove difficult for Guerrero, a priest, to give directions to bishops and cardinals.

"It will be tricky because the new prefect for the economy will have to give orders or deal hierarchically with bishops that outrank him ecclesiastically," said the theologian. "It is not just about a change in laws but also of mentalities."

Catto called it "striking" that Guerrero was not promised to be made a cardinal for his new role. "This seems to me to be an expression of this pontificate's break with traditional schemes," she said.