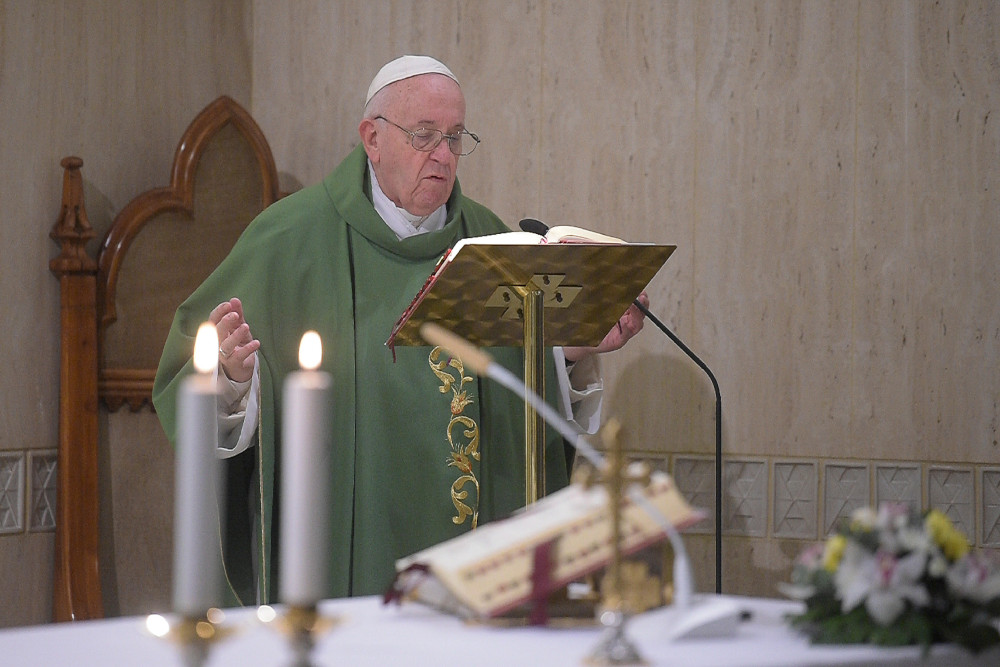 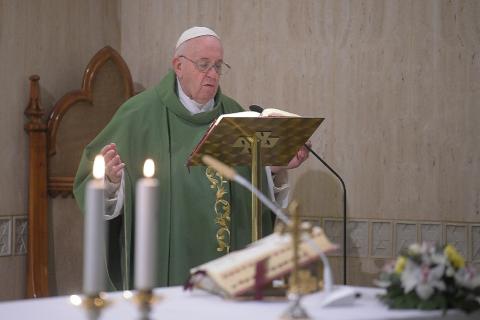 The most important members of the Catholic Church are not the ones who hold lofty titles and high positions but rather those who humbly serve others, Pope Francis said.

"Who is the most important person in the church? The pope, the bishops, the monsignors, the cardinals, the pastors of the most beautiful parishes, the presidents of the lay associations?" the pope asked in his homily during morning Mass at the Domus Sanctae Marthae Feb. 25.

"No! The greatest one in the church is the one who becomes a servant for all, one who serves everyone, not the one who has the most titles," he said.

The pope reflected on the first reading from the Letter of James in which the apostle warns that "whoever wants to be a lover of the world makes himself an enemy of God."

A person, especially a Christian, who falls prey to worldliness and wants to be more important than others, lives a life "that always seeks to make compromises in order to climb higher, to dominate, to be greater," he said.

That worldly spirit that seeks to gain "more money and more power" leads to the wickedness of gossip, the pope added.

"Where does it come from? From envy; the envious one is the devil, we know that, the Bible says it," he said. "Evil entered the world due to the devil's envy. Envy is a seed that pushes you to destroy, to speak ill, to annihilate the other."

He also recalled the day's Gospel reading from Mark in which Jesus, addressing the disciples' earlier quarrel over who was the greatest among them, said, "If anyone wishes to be first, he shall be the last of all and the servant of all."

Christians, Francis said, are called to follow the path laid out by Jesus and be humble servants of all.

"This is the path," the pope said. "The path against the spirit of the world is one: humility. Serving others, choosing the last place, to not climb."