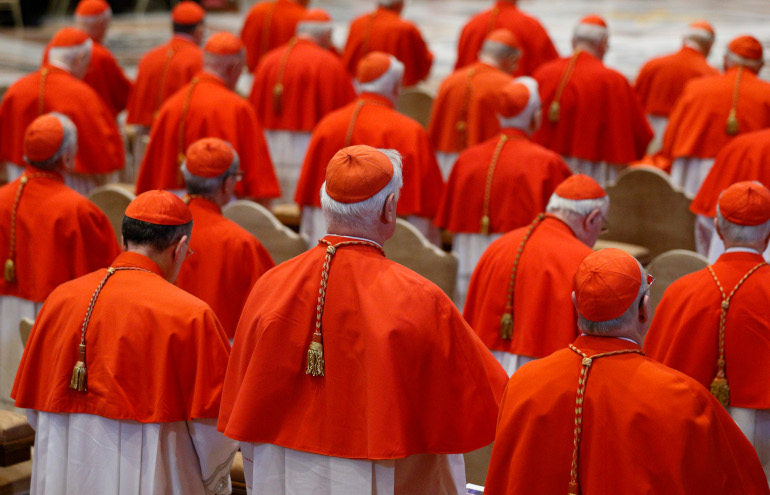 Pope Francis named thirteen new Catholic cardinals Sept. 1, tasking bishops from two African nations, Indonesia, and a rural town in Guatemala to be part of the church's most elite body of prelates.

In a surprise announcement at the end of his traditional Angelus prayer with crowds in St. Peter's Square, the pontiff said he would install the new cardinals during a consistory at the Vatican Oct. 5.

Beyond continuing to diversify the geographical representation of the group that will one day elect his successor, the pope also gave special emphasis in his selections to efforts to help the record numbers of global migrants and refugees, elevating the official who directs the Vatican's work in that area.

Jesuit Fr. Michael Czerny, a native of Czechoslovakia who emigrated to Canada as a child, was the only non-bishop of the thirteen chosen. Czerny, who spent nearly two decades in Kenya before joining Vatican service, has led the Migrants and Refugees Section of the Dicastery for Promoting Integral Human Development since 2017.

Ten of the 13 cardinals named by the pope are under the age of 80, meaning they will join the ranks of cardinal electors, or those who are tasked with gathering in conclave after the death or resignation of the pontiff to select his successor.

The Oct. 5 ceremony will be Francis' sixth consistory for the creation of new cardinals since his election as pontiff in March 2013. He last created new cardinals in June 2018.

The creation of ten new cardinal electors will put their total number slightly above the limit of 120 set by Pope Paul VI. As of Oct. 5, there will be 128 electors. That number will drop to 124 on Oct. 15, as four more cardinals turn 80 over ten days.

The number of new cardinals also further cements Francis' influence on the group that will one day elect his successor. As of Oct. 15, assuming there are no unexpected changes, the pontiff will have appointed a clear majority of the prelates: 66 of the 124 electors. Forty-two will have been appointed by now-retired Pope Benedict XVI; 16 by Pope John Paul II.

The other two cardinal electors named by Francis Sept. 1 are Luxembourg Archbishop Jean-Claude Hollerich, who is also currently president of the Commission of the Bishops' Conferences of the European Union; and Bologna, Italy Archbishop Matteo Zuppi.

Among the three new cardinals over the age of 80 is British Archbishop Michael Fitzgerald, a former head of the Pontifical Council for Interreligious Dialogue. Fitzgerald, a noted expert on Christian-Muslim relations, was removed from his Vatican position by Pope Benedict XVI in 2006 and ended his career as papal ambassador to Egypt.

A common trait among Francis' newest choices as cardinal is connection with a religious order. Eight are members of congregations, including: three Jesuits, a Missionary of Africa, a Comboni Missionary, a Salesian of Don Bosco, a Capuchin Franciscan, and a Poor Servant of Divine Providence.

The pope's announcement of new cardinals began on a worrying note that turned rather humorous. Although Francis is normally prompt for his weekly Angelus prayer, appearing at the window in the apostolic palace above St. Peter's Square exactly at noon on Sundays in Rome, he was eight minutes late Sept. 1.

Apologizing to the crowds below at the beginning of his address, the pontiff explained: he had been unexpectedly locked inside an elevator at the Vatican's Santa Marta guesthouse where he lives for some 25 minutes.

"Thanks be to God, the firefighters came," Francis said, asking those in the square to applaud for their work.

A version of this story appeared in the Sept 20-Oct 3, 2019 print issue under the headline: Pope names 13 new cardinals, to be installed Oct. 5.