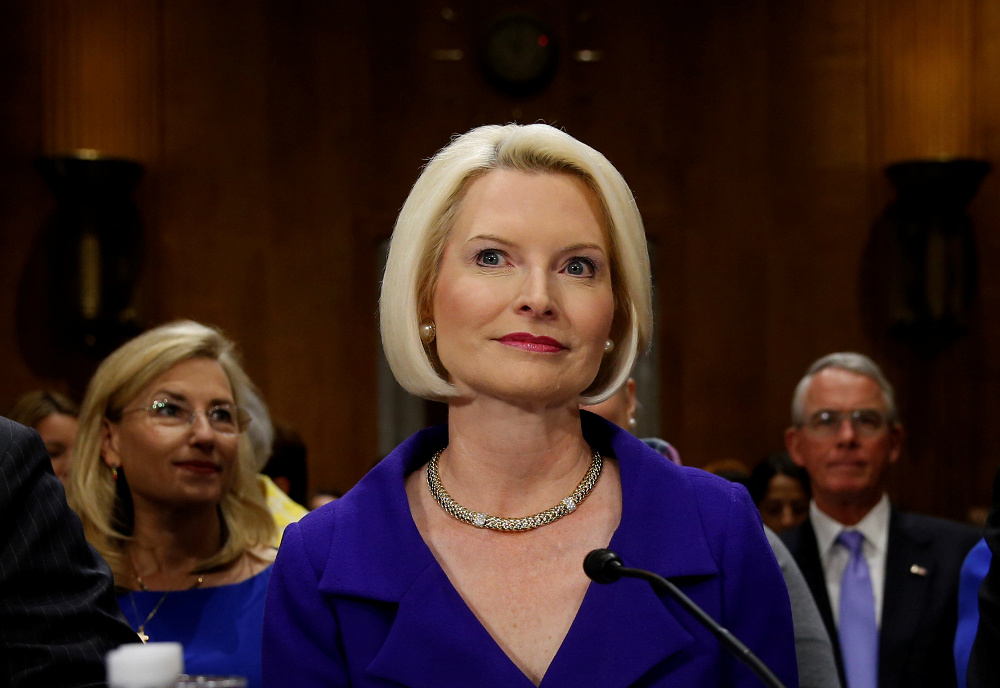 Callista Gingrich is pictured during a U.S. Senate Foreign Relations Committee confirmation hearing in Washington July 18 after being nominated by President Donald Trump to be the U.S. ambassador to the Vatican. The U.S. Senate late Oct. 16 voted to confirm Gingrich and she presented her letters of credential to Pope Francis Dec. 22. (CNS/Jonathan Ernst, Reuters)

Callista Gingrich presented her letters of credential to Pope Francis, formally assuming her duties as U.S. ambassador to the Holy See.

Gingrich met privately with the pope Dec. 22 after introducing her husband, former House Speaker Newt Gingrich, and members of her staff.

Neither the Vatican nor the U.S. embassy provided details about their private discussion.

In a statement, the embassy said, "Ambassador Gingrich looks forward to working with the Holy See to defend human rights, advance religious freedom, combat human trafficking and to seek peaceful solutions to crises around the world."

But in the weeks before her papal audience, Pope Francis and U.S. President Donald Trump had very public disagreements on other issues. Pope Francis had asked Trump to respect the "status quo" of Jerusalem by not recognizing it as the capital of Israel until the city's status was determined by a peace process.

Also, the Vatican expressed disappointment that the Trump administration pulled out of the U.N. process for drafting global compacts on migration and on refugees and that the administration withdrew U.S. support for the Paris Accord on reducing climate change.

Meeting Pope Francis, Gingrich gave him a collection of sacred music recorded by the choir she was a longtime member of at the Basilica of the National Shrine of the Immaculate Conception in Washington, the embassy said. She also gave him a donation for the charity of his choice.

After meeting the pope and Cardinal Pietro Parolin, Vatican secretary of state, the new ambassador was accompanied to St. Peter's Basilica by Msgr. Francis Kelly, a priest of the Diocese of Worcester, Massachusetts, and a canon of St. Peter's Basilica.