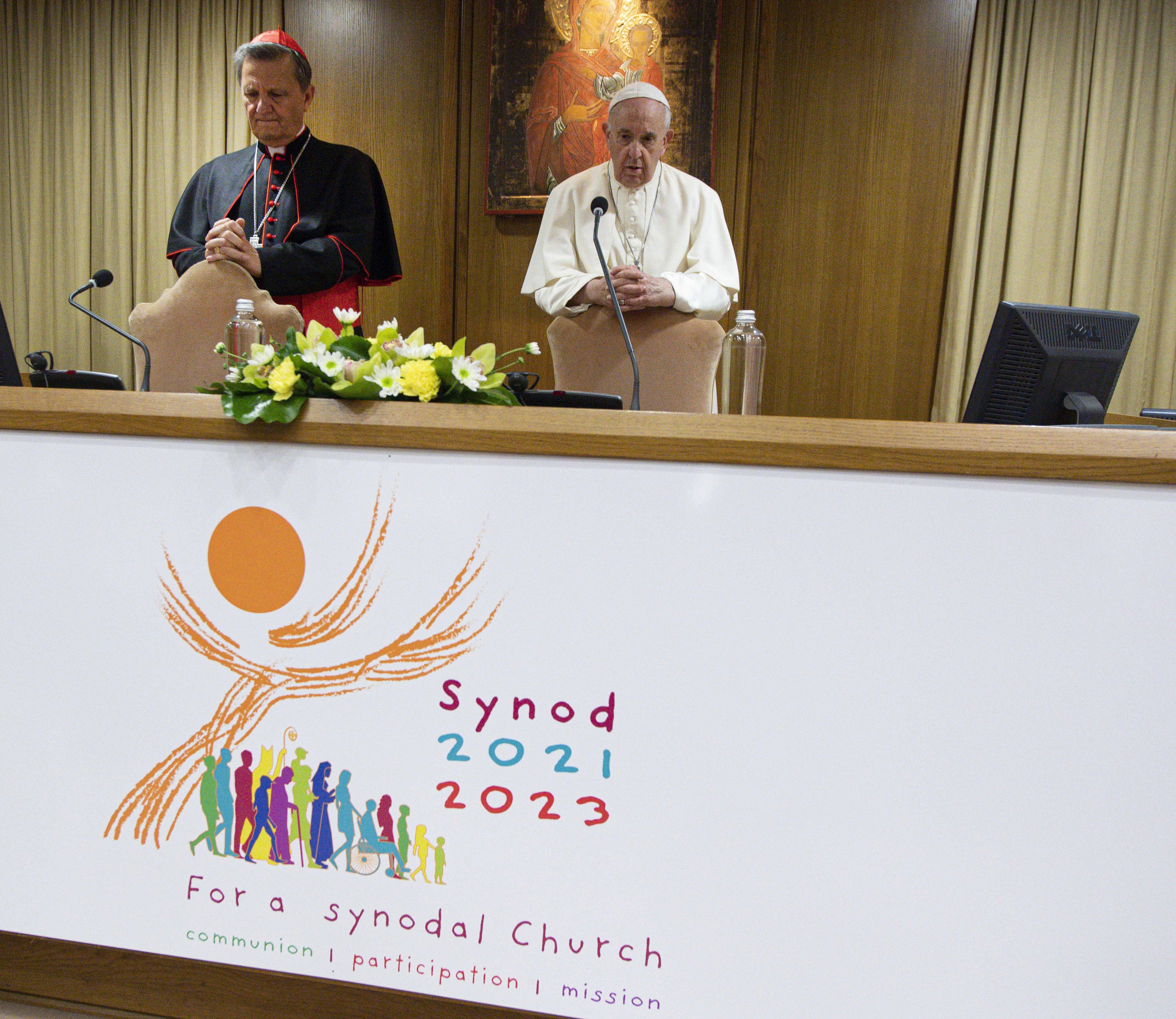 ROME — Pope Francis announced on Oct. 16 that he is significantly expanding the timeframe for his ongoing consultation process for the world's Catholics. The Vatican meeting of the Synod of Bishops, originally planned for next year, will now be held across two sessions: one in October 2023, and another in October 2024.

The synod process, which has been underway for more than a year, has involved discussions with Catholics across the world on a range of sensitive topics. The Oct. 16 announcement indicates Francis wants the process, and the discussions, to continue on much longer than formerly planned.

"The fruits of the synodal process that has gone ahead are many, but in order for them to bear much fruit, we can't hurry," said Francis, adding that the extension was an effort to help make synodality part of the "constitutive nature of the church."

The pope's surprise announcement came after his weekly noontime Sunday Angelus prayer, delivered from the Vatican's Apostolic Palace and just two days after he met with leadership of the synod office on Oct. 14.

Francis said that the first gathering would take place October 4-29, 2023, in Rome.

The Vatican first announced the official theme of the synod in March 2020 as "For a synodal church: Communion, participation and mission."

In May 2021, the process was considerably widened when the Vatican said it would involve a phased two-year listening process with consultation stages at both the diocesan and continental levels ahead of a Rome assembly of bishops from around the world.

At the time, Cardinal Mario Grech, the head of the synod office, said that it was an effort to change the synod "from an event into a process."

While Pope Paul VI established the synod at the end of the Second Vatican Council in 1965, "synodality" — which literally means "walking together" — has emerged as a key theme of Francis' pontificate.

When the pope officially opened the synod in Oct. 2021, he said it was an effort to help the Christian community reflect the "style of God, who travels the paths of history and shares in the life of humanity."

He then observed that such a process takes time in order to "master the art of encounter."

This marks the second time in his nearly decadelong papacy that Francis has dedicated two special synodal meetings on a particular theme. In 2014 and 2015, bishops from around the world met in Rome for two synods on the family.

Earlier this month, a group of synod advisers concluded nearly two weeks of meetings in Frascati, Italy to draft the working document for the continental phase of the synodal process.

While the full text is expected to be released later this month, participants told NCR that the key themes that emerged from the diocesan listening stages included calls for greater attention to social justice and environmental justice, care for the suffering and the poor, the need for greater concern for the church in conflict areas and the role of women in the church.

An official communique from the Vatican's synod office, which was published after the pope's Oct. 16 announcement, said 112 out of the 114 episcopal conferences from around the world had participated in the first diocesan phase.

The statement said that the addition of a second gathering in Rome in 2024 would be "'a journey within the journey' to foster more mature reflection for the greater good of the Church."

This story appears in the Synod on Synodality feature series. View the full series.
A version of this story appeared in the Oct 28-Nov 10, 2022 print issue under the headline: Pope Francis extends Synod of Bishops by a year.