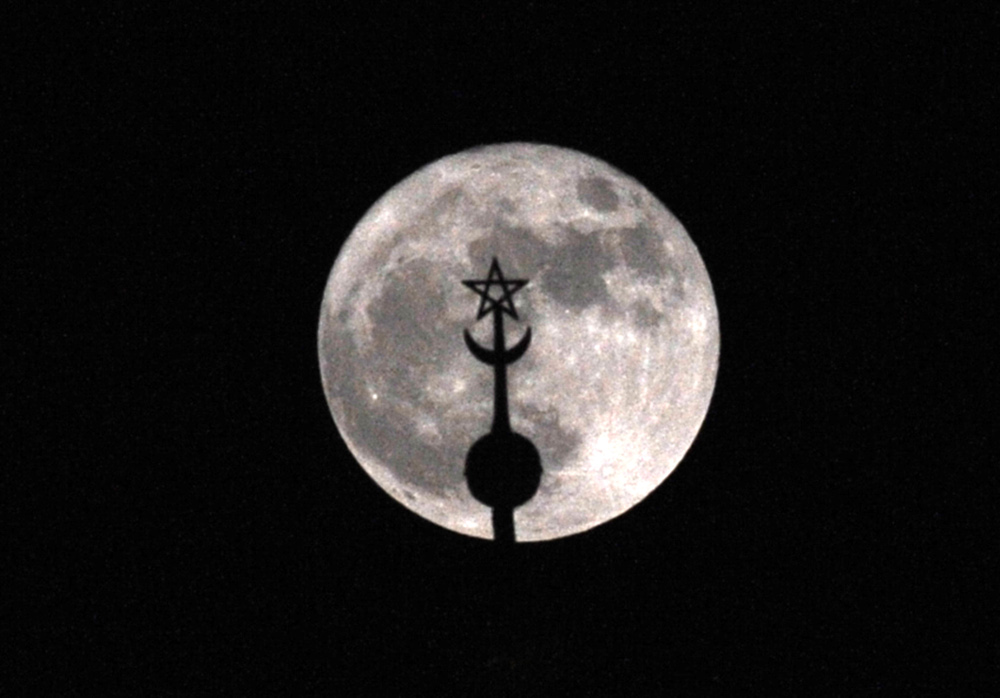 In this 2016 file photo, a super moon rises above the roof of the Mohammed V mausoleum in Rabat, Morocco. Pope Francis is scheduled to visit the North African nation in March 2019. (CNS/Abdelhak Senna, EPA)

Pope Francis will make a two-day apostolic visit to Morocco next year, the Vatican announced.

Accepting an invitation by Moroccan King Mohammed VI, the pope will visit the cities of Rabat and Casablanca March 30-31, the Vatican said in a statement Nov. 13. A detailed schedule for the trip will be released later.

News of a possible visit by Pope Francis became public earlier in the year when Vincenzo Abbinante, Italian honorary consul to the Kingdom of Morocco, said that government authorities were coordinating preparations with the Vatican.

Abbinante told Italian news agency Turiweb May 24 that the pope's visit would highlight the importance of Morocco as "a center of excellence in intercultural and interreligious dialogue."

Many people had expected the visit to take place earlier to coincide with the Dec. 10-11 Intergovernmental Conference to Adopt the Global Compact for Safe, Orderly and Regular Migration, a document Pope Francis publicly pushed for and for which the Vatican lobbied heavily. A Vatican delegation will attend the conference.

Pope Francis will be the second pope to visit Morocco. St. John Paul II made a historic visit to the country in 1985, becoming the first pope to receive an official welcome in the predominantly Muslim country.

Speaking to thousands of young Muslims Aug. 19, 1985, St. John Paul said that Christians and Muslims are called "to change our old practices," which have led to misunderstandings and wars, and "recognize with joy the religious values that we have in common."

"We believe in the same God, the one God, the living God, the God who created the world and brings his creatures to their perfection," St. John Paul said.