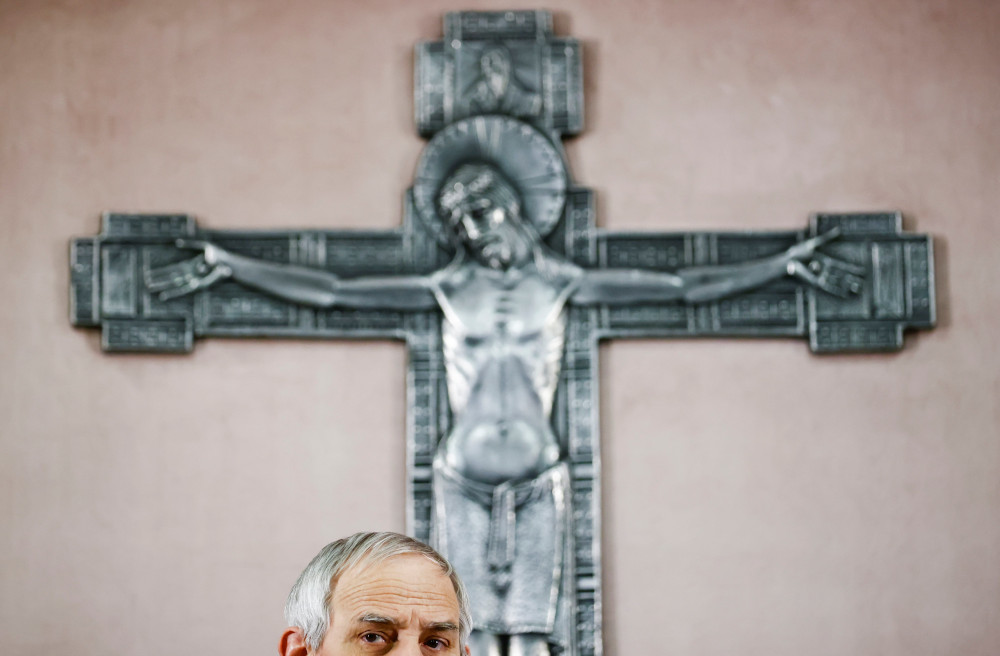 Italian diocesan "listening centers" for victims of abuse took reports from 89 people against 68 priests or other church personnel in 2020 and 2021, the Italian bishops' conference reported.

Six months after promising to begin an annual audit of the Italian church's child protection efforts, Archbishop Giuseppe Baturi of Cagliari, secretary-general of the conference, presented the report Nov. 17 at a news conference at the Vatican.

The report makes no mention of any of the allegations being referred to the police or local civil authorities, although Fr. Gianluca Marchetti, chancellor of the Diocese of Bergamo, told reporters the listening centers encourage victims to go to the authorities.

The Italian bishops' conference also is working on a more in-depth study of clerical sexual abuse that will cover the years 2000 to 2021, although they have not said when it will be published.

Baturi said that during that 20-year period, allegations against 613 priests had been forwarded to the then-Congregation for the Doctrine of the Faith. When he announced the study in May, Cardinal Matteo Zuppi, the bishops' conference president, said focusing exclusively on the files forwarded to the Vatican would allow the Italian church "to know and analyze, quantitatively and qualitatively, the data kept at the congregation while ensuring the appropriate confidentiality."

The two-year audit released Nov. 17 showed that all 226 Italian dioceses have either their own child protection service or are part of an interdiocesan service; just over 73% of them responded to the survey the bishops' conference sent out for the audit. Although the offices can accept abuse reports, their main task is to train priests, teachers, catechists and others and to recommend policies to the local bishop.

Just over 70% of the dioceses -- and almost 85% of the country's largest dioceses -- have listening centers, staffed by professionals, where victims, their parents and survivors can turn to report abuse and receive counseling and other assistance.

Regarding the reports made in 2020 and 2021, the audit found almost 53% of the reports involved "current cases" and about 47% were historical cases.

Sixty-one of the victims were between the ages of 10 and 18 when the alleged abuse occurred; 16 were vulnerable adults; and 12 were under the age of 10, the audit said.

The abuse reports mostly involved "inappropriate behavior and language" and inappropriate "touching," it said. Rape or sexual intercourse was reported in nine cases, while four victims alleged the abuser showed them pornography and two reported "acts of exhibitionism."

Thirty of the 68 alleged abusers were diocesan priests; 23 were laypeople -- teachers, sacristans, catechists and group leaders -- and 15 were members of religious orders, the audit said. About one-third of the acts of abuse took place in a parish building, about 21% in the offices of a Catholic movement or association and 12% in a seminary or religious house of formation.

The listening centers said that after reporting the abuse to the local bishop's office, "disciplinary measures" were the most "prevalent" action taken, although the audit did not say what those measures were. In a smaller number of cases, it said, a preliminary investigation was opened and, in some cases, the allegations were forwarded to the Dicastery for the Doctrine of the Faith.