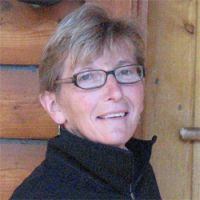 Journalist Cheryl Wittenauer is based in St. Louis.

After Stockley verdict, Catholics asked to step up to "St. Louis' Selma"

Organized religion reasserts its role to help facilitate healing in the St. Louis metropolitan area, following demonstrations about the acquittal of a white former police officer in the murder of Anthony Lamar Smith.

Story updated: Archbishop Robert Carlson led an interfaith prayer service Sept. 19 in St. Louis, a city on edge from the acquittal of a white police officer charged with first-degree murder in the shooting death of a black man in 2011.

The prison's warden says the Catholic inmates were under-churched, but the prison's first full-time priest in eight years could change that.

In Louisiana, rape, armed robbery and murder warrant life without parole, so in a maximum-security prison like the one Cain runs at Angola, the result is that 95 percent of inmates die in prison.

That sobering reality led Cain to launch a hospice program that trains specially screened inmates at the Louisiana State Penitentiary to care for their dying “brothers” and be with them in their final journey.

Pilgrims celebrate lives of US churchwomen

'The women won't let us go'