On break, Congress goes face-to-face with constituents on healthcare reform 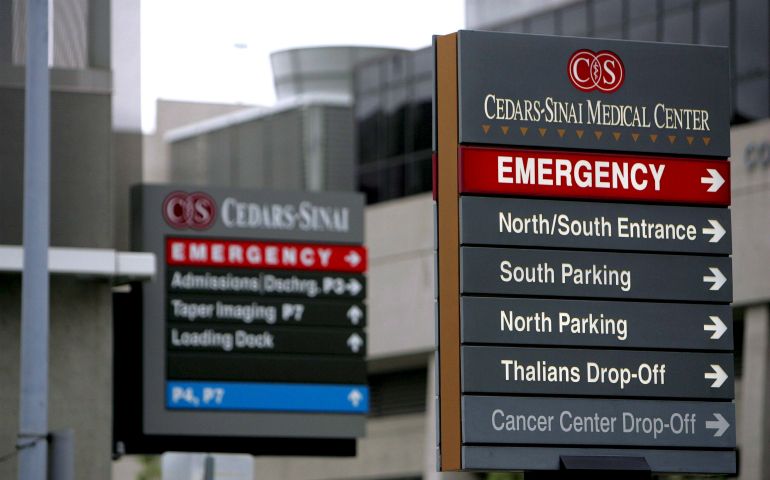 Members of Congress are back in their districts this week, and many of them are getting an earful from constituents about health care reform. There is perhaps no issue in which government action more directly affects people's lives, and so, if elected officials wade into this thorny, complicated policy area, they had better be able to defend the decisions they've reached and the vote they cast.

In his effort to pass the Patient Protection and Affordable Care Act, aka Obamacare, President Barack Obama would frequently say, "If you like your plan, you can keep your plan," and, "If you like your doctor, you can keep your doctor." Nothing in the law itself required people to change plans, but insurance companies often did change plans and doctors, and businesses changed plans, too. The perception, however, was that Obama had broken a promise, and that was aired non-stop on conservative talk radio and Fox News and hurt both the president and the Affordable Care Act in public opinion. It did not matter that these were market decisions, not governmental ones: Once you undertake a major overhaul of the health care system, you own all of the health care system. This is the lesson the Republicans are about to learn.

The Washington Post did a good job highlighting some of the rhetoric that will likely come back to haunt the Republicans who voted for the bill. Certainly, the worst performance to date was from Rep. Raul Labrador of Idaho, who said that nobody dies because they lack access to health care. That did not go over well, even in ruby red Idaho. Speaker Paul Ryan did himself no favors discussing the repeal and replace effort with George Stephanopoulos.

The most unbelievable claim made on behalf of the Republican reform bill, known as the American Health Care Act, came from Secretary of the Department of Health and Human Services Tom Price. He stated unequivocally that "there are no cuts to the Medicaid program. There are increases in spending." In fact, more than $800 billion will be cut from Medicaid, or about 25 percent of current funding. Fact-checker Glenn Kessler shows the voodoo-economics analysis that Price uses to justify his claim.

My concern is a little bit different. Yes, the GOP might eventually be hoisted on their own rhetorical petards, but the deeper concern is that people will see 24 million of their fellow Americans losing their health coverage, mostly due to the cuts in Medicaid, and they won't care so long as their own premiums stay steady and they believe they are the ones making their own choices about which plans to use. The fact that millions of Americans lacked health insurance was not enough to get universal coverage across the finish line when President Harry Truman tried to procure it, or when President Richard Nixon tried, or when President Bill Clinton tried.

The common theme in the Republican talking points is all about "choice" and "empowering patients, not government bureaucrats." We will see how that works out in real life, but any discussion about making sure all Americans have access to affordable care is either absent or misleading.

No one will touch Medicare, because the elderly vote. But the poor do not vote in such large numbers, and those who do are concentrated in urban districts Republicans are unlikely to win anyway. Cutting Medicaid is a long-standing concern of Democrats, and never more so than now.

Fully half of the expansion in coverage under the Affordable Care Act came through the expansion of Medicaid. It is not the best health insurance, to be sure, but it is something. It is certainly more than millions of working poor Americans were able to get before the Affordable Care Act. Millions of Americans have, for the first time, accessed preventive care, not only improving their own health but also saving millions of dollars in the system as a whole. If 24 million people lose their health insurance over the next 10 years as the Congressional Budget Office projected, their health will decline and the health care industry will again be tilted toward urgent, expensive care for the poor rather than affordable preventive care. It is a nightmare, but a nightmare that may not disturb millions of middle class Americans who sleep well at night knowing that they do have health insurance.

Certainly, Congressman Labrador is not disturbed. He is an ideologue of the first order. To him, the actual impact on people's lives is less important than clinging to a libertarian worldview in which choice is what matters and restricting government intervention in the market is a priority. Most appalling of all, the rush to get the revised American Health Care Act passed last week was so that the GOP would have more money to play with as they turn their sights to cutting taxes for the rich.

The Catholic Church not only teaches that health care is a basic human right but that it is essential to human dignity. Republicans seem content to hide behind the fiction that everyone will have formal "access," even though millions may not have actual access because coverage is cost prohibitive. As Richard Doerflinger, the longtime point man on pro-life issues at the bishops' conference likes to say in pointing out the problem with focusing only on freedom: "The rich and the poor alike are free to forage in the dumpster for their dinner."

The May 8 Washington Post, Eugene Robinson suggested that the Republicans are unwittingly paving the way for a single-payer health care system. I hope he is right, but I am not so sure. Of course, some version of single-payer is the only solution, but it was the only real solution when previous presidents tried to reform health care, and the hue and cry about "socialized medicine" will not be long in coming if someone in the future does promote a single-payer system. Maybe the GOP will make such a mess of this that enough Americans will clamor for a single-payer system. But I fear that the prospect of millions of people without health insurance may not prick the conscience of the country. Not if they are fed a steady diet of "choice" by the Republicans. Not if we, as a people, fail to embrace the church's teaching that all human beings have a right to health care.

Denomme had a few weeks as a priest, a lifetime of service

Five stabbed at Hanukkah celebration in latest attack on Jews