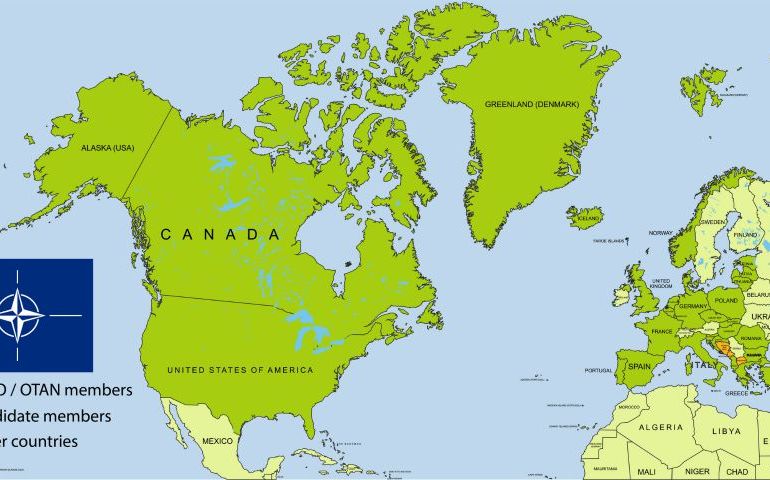 President Donald Trump landed in Brussels yesterday for meetings with European and NATO leaders. As was the case with the visit to the Vatican, his hosts are seeking a good first meeting with the tempestuous new president even though all concerned know there are large and seemingly insurmountable differences on key issues.

Perhaps unintentionally, the Trump administration paved the way for less contentious meetings with NATO by releasing its budget blueprint the day before the meetings began. Trump is calling for a large expansion in U.S. military spending, which undercuts his objection that other NATO members are not paying their fair share of the alliance's costs.

It is difficult to overstate what a success NATO has been, yet Trump repeatedly trashed the alliance during the campaign, calling it "obsolete." Once he got to the White House, he suddenly determined it was no longer obsolete. Officials in Brussels breathed a sigh of relief. The keystone of NATO has been U.S. commitment to European security. The absence of that commitment to the League of Nations was part of the reason that organization failed to stop the rise of totalitarianism in the inter-war years.

Trump's flirtation with Russia intrigues Americans and has become the top story in U.S. politics. But, for us Americans, it is a story about bad or stupid or criminal behavior by Trump associates, and, occasionally, by the president himself. There are deeper concerns about Russian meddling in our electoral process, but there are no existential concerns about Russia of the kind that haunt Europeans who live in cities like Warsaw, Belgrade, Berlin and Budapest, cities that experienced "liberation" by the Red Army in 1945 and the harsh, subsequent subjugation for 44 years.

Some analysts predict that while there will be smiles all around in Brussels, the president's behavior has seriously undermined his credibility with America's allies, all of whom follow news about every U.S. president. "As soon as allies think they know where the administration stands on Russia or on anything for that matter, Trump's actions and tweets often say something else," argue Julie Smith and Jim Townsend in Foreign Policy. "Allies are afraid of assuming one thing and then embarrassing themselves when they find out via a tweet or an Oval Office photo op that Trump's views are indeed somewhere else."

German Chancellor Angela Merkel, France's new President Emmanuel Macron and other Western leaders are experiencing what White House staff has been living with since January 20, the fear that whatever you think you know to be true, and convey to the public because you believe it to be true, can be undercut by the president at any moment in a Twitter rant. But, of course, Merkel, Macron et al. are not White House staff; Trump can't fire them and efforts to bully them might prove counter-productive. For starters, their intelligence agencies collect information about the Russians, too, and they know how to leak information as well.

America's allies in Western Europe are trying desperately to beat back the kind of religious nationalism that catapulted Trump to victory. In his case, no one is sure he really believes what comes out of his mouth, but Marine Le Pen in France and Geert Wilders in Holland really are crypto-fascists. They really would destroy NATO and the EU. In this regard, European leaders can be forgiven for fearing a successful Trump as well as a failing Trump.

Europe, the heart of Western culture, has given birth to many wonderful things, but those nations never figured out how to live together peacefully until NATO. The alliance held together even after the shared threat of Soviet expansionism faded and died. It came to our aid in Afghanistan after 9/11. Cooperation among NATO members stretches from intelligence sharing to trade to joint military and diplomatic initiatives. President Trump, unlike candidate Trump, appears to have come to some appreciation for NATO. But will it last?

I have expressed the fear previously that when faced with any kind of difficulty, Trump will return to the religious nationalism that largely won him the election. He knows that the politics of division and scapegoating work. He lacks any shame about playing race cards. That fear hovers over the meetings in Brussels today. Our allies wonder if they will be compromised by Trump. They have to worry about sharing intelligence information. They may be pleased about the increased funding for the alliance but wonder if Trump's willingness to stand tough against the Russians could be compromised by whatever fire is producing all this smoke regarding his relationship with Russia.

Ours is an anxious time. Everyone can see that the center cannot hold, and there is yet no humane alternative emerging in the political realm. Trump visited Pope Francis and they smiled for the cameras, but I doubt the president will come to appreciate the Holy Father's vision of an inclusive society and a social market economy anytime soon. The best we can hope for from the meetings today is that things do not deteriorate within the alliance. It is frayed, but it has been frayed before, as in 1956. If it were to crumble and fall apart, however, no one can calculate the variety or depth of the horrors that could follow. Most frighteningly, all of this is opaque to our president.