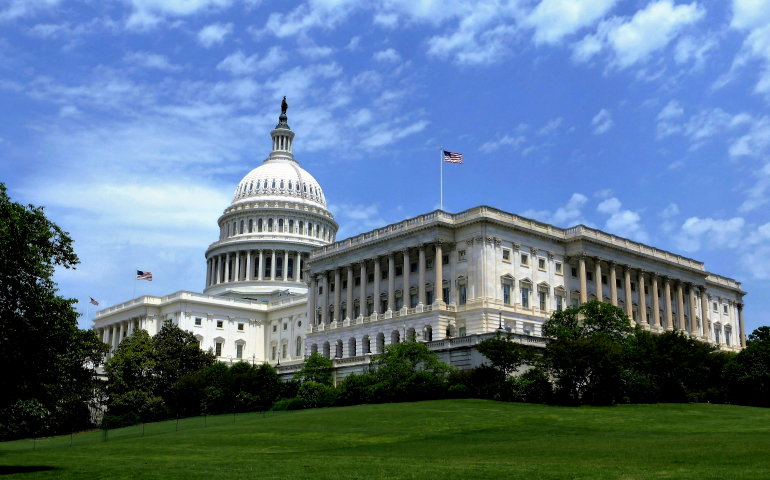 The divisions within the GOP caucus will be as present in the tax reform debate as they were in the health care debate. (Pixabay/Wolk9)

President Donald Trump and congressional Republicans are trying to shake off their embarrassing inability to pass a bill that would have fulfilled a seven-year promise to repeal and replace the Affordable Care Act. They wouldn't spell "healthcare" in a game of Scrabble, no matter how many points they could get. And, like politicians since the time of the Roman Republic, they have decided that the best way to get over their defeat is to change the subject.

The president has indicated he would like to turn his attention to tax reform. As with health care reform, throughout the campaign Trump promised to reform the tax code. Secretary of the Treasury Steve Mnuchin told a Washington audience over the weekend: "Health care and tax reform are two very different things. Health care is a very, very complicated issue. In a way, [tax changes are] a lot simpler. It really is." No, it really isn't.

There is no doubt that the tax code is due for an overhaul. The code is labyrinthine and byzantine, by which I mean you need an army of accounts to navigate it. Its many byways are there because an army of lobbyists succeeded in playing the part of a courtier, getting special tax breaks for the interests they represent on the strength of their close relationships to members of Congress with the ability to wiggle such special treatment into the code.

The main problem facing any attempt to simplify the tax code is a problem inherent in democracy. A majority of Americans routinely say they support tax reform: A 2013 survey by Pew indicated that 72 percent of Americans supported "major changes" to the tax code. But those same Americans are keen to retain those tax breaks they routinely harvest year in and year out. A specific benefit almost always counts for more with your average voter than a general goal like tax reform.

Furthermore, there is the same kind of ideological divisions on tax issues within the GOP caucus that resulted in the death of the health care proposal last week. There are still many fiscal conservatives who are mostly concerned about the large federal debt, and they insist that any tax reform be revenue-neutral or actually increase revenue to pay off the debt. Some more libertarian-leaning Republicans want to use tax reform to shrink the government by draining it of current revenues. And Trump's promises about tax reform during the campaign were as vague as his promises about health care. He has no mandate for any specific kind of tax reform.

Unless the Republicans decide it is fine to explode the deficit, and they do not aim at a revenue-neutral bill, then there will be winners and losers, as there were in their health care proposals. We can expect, as well, that just like the proposed reforms to the health care system, whatever tax proposals come forth from the administration will favor the rich over the poor.

The myth of trickle-down economics remains strong. Catholic Republicans do not agree with Pope Francis when he said: "Some people continue to defend trickle-down theories which assume that economic growth, encouraged by a free market, will inevitably succeed in bringing about greater justice and inclusiveness in the world. This opinion, which has never been confirmed by the facts, expresses a crude and naive trust in the goodness of those wielding economic power and in the sacra­lized workings of the prevailing economic system."

Whatever GOP proposals emerge, they will lean heavily on the belief that giving more to those already rich will lead to a rising tide that will lift all boats. This belief is held despite the fact that wages have been relatively stagnant for decades, even while the top 1 percent has amassed more and more of the nation's income.

There is a further complication. Many House Republicans place the interests of their districts ahead of any purely ideological agenda. So, a member of Congress from a rural state will be keen to protect tax provisions that favor farmers, while those who represent districts with a lot of research and development going on will work hard to maintain those tax breaks.

The conflict between district needs and ideological ends is clearest when the issue of deducting state and local taxes comes up. Many states with high state levies are blue states in presidential elections, such as California, but there are 14 Republican members of Congress from the state, and their constituents will not be happy if they lose the ability to deduct their state income taxes. Nine of the 27 members of Congress from New York are Republicans, and they will share the same concern. The Republican members from those two states alone would be enough to deny the GOP a majority in the House.

Neither Trump nor congressional Republicans have articulated much in the way of criteria about which tax breaks they want to nix in order to justify lowering rates across the board. Will they keep the deduction for home mortgage interest? Homeownership is a pathway to financial stability for millions of people. It doesn't hurt the real estate business either.

The obvious path forward would be to cap the deductibility of mortgage interest above a certain figure. Currently, a homeowner can deduct $1 million in interest per year, and that seems a bit steep. If you can afford a million dollars a year, in interest no less, you do not need a subsidy from the government. I can't imagine Trump taking on the industry that made him rich and the friends he made along the way.

Other tax breaks serve an obvious national purpose, such as the tax incentives to install solar or other sustainable energy systems. But Republicans are not big on climate change, and I wouldn't be surprised to see them try to nix those tax breaks. The GOP's reliance on the religious right at the voting booth probably means that the charitable giving deduction is secure.

The last successful effort to refashion the tax code happened back in 1986 and it was a bipartisan effort, with proposals coming from President Ronald Reagan's Treasury Department and a final bill being sponsored by Democrats Dick Gephardt and Bill Bradley. It is far from clear if the Democrats would be willing, or should be willing, to play ball with Trump and the GOP leadership in Congress. (More on that tomorrow.) And unless there is a bipartisan effort, Trump will end up either alienating the Freedom Caucus again or losing more moderate Republicans from high-tax blue states.

Mnuchin may think tax reform is going to be easy. He may think the moon is made of cheese, too. The divisions within the GOP caucus will be as present in this debate as they were in the health care debate and enacting the kind of complete overhaul of the tax code Trump promised will be just as challenging, too.