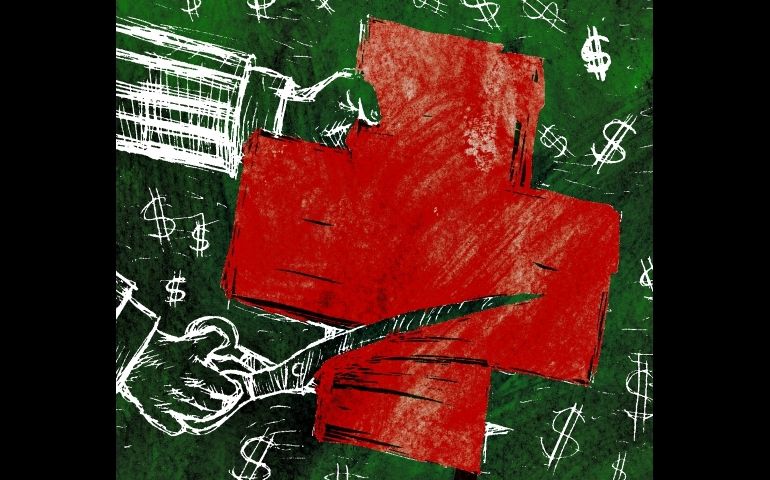 Senate Majority Leader Mitch McConnell's effort to ram through a "repeal-and-replace-Obamacare" law would be comical if the stakes were not so high. It appears increasingly unlikely he will reach the magic number of 50 senators supporting the measure, no matter how many times he tweaks it, but those of us concerned about actually improving access to health care need to use this debate intelligently to lay the groundwork for whatever comes next.

McConnell adjusted his first bill in several ways. He added an amendment from Sen. Ted Cruz to allow the sale of barebones insurance plans that cover very little and only permit, for example, three visits to a primary care physician a year. McConnell allotted an additional $45 billion to fight the opioid epidemic and $70 billion to lower premiums. But he kept the enormous, almost $800 billion cut in Medicaid, which makes even Republican governors unlikely to support it, and places in jeopardy the votes of GOP senators from states that expanded Medicaid under Obamacare, such as Arizona, Nevada and West Virginia.

One of the latest setbacks to McConnell's effort had nothing to do with the legislation directly: Sen. John McCain had surgery last Friday and is staying in Arizona to recuperate. I admire the senator from Arizona very much, and I wish him well on his recovery. But, in the context of the debate, someone needs to ask him if he thinks other American citizens should be denied access to the surgery he got because they bought one of those cheapo plans advocated by Sen. Cruz? Sen. McCain is a wealthy man, so he would be able to afford his surgery in any event, but should others with less means be made to worry about how necessary treatment will affect their financial wellbeing?

Last night, two more senators, Sen. Mike Lee of Utah and Sen. Jerry Moran of Kansas announced they were joining Sen. Rand Paul and Sen. Susan Collins in opposing the bill. If the bill were a patient, the family would be discussing palliative care. But I remain worried that the Republican base will yet rise up and insist the GOP senators do something, so no one should relax just yet. Lee and Moran are from the "arch" wing of the Republican Party, those who think the bill does not go far enough. Where are the Republican so-called "moderates?"

Let's look at the changes McConnell made to the bill. The real danger of the Cruz amendment is that the price in human suffering will come at the end of implementation. Fewer people might "lose" their health insurance if they buy one of the bare-bones plans, but the insurance they have might not cover procedures and care they need later. It could also facilitate the "race to the bottom" that the GOP plan to allow buying insurance across state lines would make likely: Take a few ruby red states, buy off the insurance commissioner, and companies throughout the country could turn to insurance plans purchased in, say, Arkansas or Alabama, plans that wouldn't cover the costs of care in states with higher standards of living. Either way, the fact that the downside comes later makes it politically plausible, even while it shows the danger of letting legislators make health care policy.

Another problem with thinking politicians will devise good health care policy is found in the decision to spend more money on the opioid epidemic. Don't get me wrong: The crisis in these drugs is real, and it must be addressed. But ask any doctor (or consult a good history of medicine) and you will realize it won't be the last epidemic, so throwing $45 billion may get you a couple more votes now, but it does not do much for the health of the nation over the next 50 years.

Whether or not this dreadful bill passes is up to the Republicans. The Democrats do not have the votes to stop it. But it is imperative that they use this debate to frame the issue in ways that will help them not only defeat this bill, but also move our country's policy towards universal health care.

You see, the problem is not just what happens when politicians draft health care policy. The problem is that introducing market mechanisms into an area where it is not really possible to shop around and compare prices expects the market to do what it can't do: allocate goods and services to where they are most needed based on what people will pay for those goods or services. The person in the emergency room having a heart attack must take priority over the person in the emergency room who has a non-life-threatening ailment. The hospital takes the victims of a car crash to the closest hospital, not the least expensive. The best way to guarantee that access to health care and the quality of that care is dictated solely by health considerations is to get money considerations out of the equation.

There are different ways to provide universal health insurance, and I am no expert in comparative approaches. Some people whom I consult on such issues prefer the Swiss approach that requires all residents to have private health insurance. Others prefer the German model, which combines private and public sector insurance. Great Britain has the National Health Service, in which the government provides the health care itself. This report looks at different European countries and the consumer satisfaction their different approaches yield. All except Soviet-bloc countries do better than the U.S. and do so at significantly less cost.

The other things Democrats need to do in the coming weeks is start every conversation about health care by discussing their own experiences with the health care system. Alex Cequea makes these wonderful little videos at Social Good Now, and this one explains how to persuade people when facts don't seem to work. It is worth watching Cequea's TED talk on empathy while you are at the site. Democrats will only win the debate on the need for universal health care when people see them as fellow consumers of health care, not as legislators.

One last point. The U.S. bishops' conference has refused to be deceived by the various Republican attempts to put social justice lipstick on this repeal-and-replace pig. Chairman Bishop Frank Dewane and the other members and the staff of the Committee on Domestic Justice and Human Development are to be commended. It is worth noting that the language of their statements and letters has grown stronger since their meeting in June in Indianapolis. I hope, too, the bishops are noticing how little effect their pleas have on Republican Catholic members of Congress.

Let's not let down our guard. If you believe, as the church teaches, that health care is a basic human right, and you live in a state with a Republican senator, call his or her office and let them know you oppose this repeal-and-replace effort. Obamacare needs to be fixed, to be sure, but you can't cure what ails Obamacare with these proposals any more than you can cure the common cold with a tax cut. But look to the long-term, too. Someday, and I hope I live to see that day, we truly will have universal health insurance in this country.