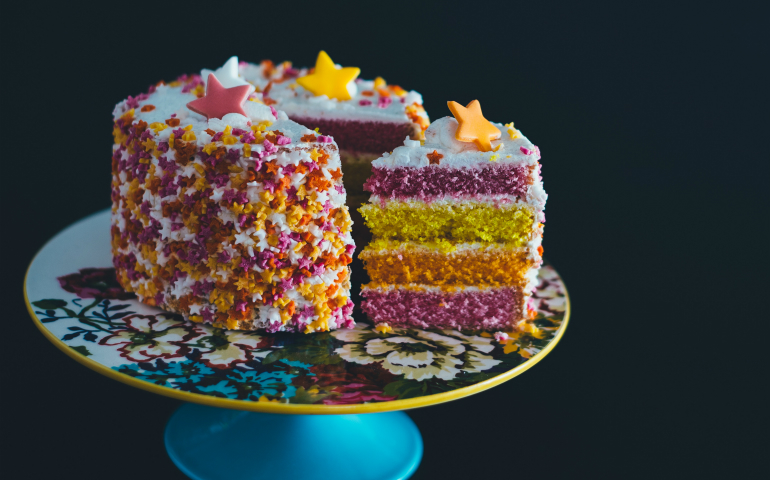 Today is my 55th birthday. As a young man, I did not celebrate birthdays. Disliking the fact of growing older is one of the more obnoxious conceits of youth and, like George W. Bush, when I was young and irresponsible, I was young and irresponsible. I was so horrified at the prospect of turning 30 when that birthday came, I fled the country for a trip to Russia, and I left the country on the subsequent three birthdays.

But then in the 1990s, events conspired to change my attitude. First, I had become involved working with Bosnian refugees, and they could not leave the country with me, and I preferred staying in town and celebrating with them to fleeing the country as had become my habit.

Second, I got to meet the great poet Joseph Brodsky. One of his poems included these lines: "Yet until brown clay has been crammed down my larynx, / only gratitude will be gushing from it." This affected me profoundly.

Third and most importantly, a wise friend, who is Latino, told me that ignoring birthdays evidenced ingratitude to my Creator. This observation added to my growing list of reasons for believing Latinos are here to rescue American culture from its Calvinistic roots. It made me change my ways. Now, I spend my birthdays reflecting on all the reasons to be grateful for the events of the past year.

At the top of my list — more comprehensively with each passing year, I might add — I am grateful for my Catholic faith. This past year, my dad died and I am now an orphan. Christmas was brutal. Our faith does not change the realities of life and death: They still happen. But faith changes how we understand what it is that is actually happening. For us Catholics, death is a door, not a wall.

And our faith doesn't just change how we wrestle with life and death, it changes everything. There is still injustice and war. I still am impatient and commit the sin of delectatio morosa too often. Yet life is different when viewed through the eyes of faith. The late Antonin Scalia once said, "Just as there is no 'Catholic' way to cook a hamburger, I am hard pressed to tell you of a single opinion of mine that would have come out differently if I were not Catholic." In a pedestrian sense, Scalia is right about the hamburgers, but as Catholics, I do think we can and should look at everything differently, including how we approach food: Are we grateful we are not hungry and mindful of those who are? Are we conscious about eating foods grown in a sustainable and humane manner? My good friend theologian Charles Camosy has written extensively on the subject of animal rights, and what he writes is often very intelligent, although I have warned him if he ever tries and comes between me and a juicy veal chop, I will cut off his hand.

Our Catholic faith goes deeper than our intellectual understanding. Our faith is not merely a matter of the mind, but a matter of belonging, and in the days after my dad died, I was comforted by the presence of so many clergy friends. At the Month's Mind Mass, which we held here in D.C., I was struck by the fact that almost everyone in the chapel worked for the church in some capacity. The church has become my life's work in a sense, and while I count non-Catholics among my dearest friends, more and more I spend my time focusing on the church, what it believes, how it acts in the world, how it becomes leaven in the world and provides hope for, and, in the sacraments even a glimpse of, the world to come. In these dark days for our country, I am increasingly mindful of the wisdom of our church's social doctrine.

Our Catholic faith also intrinsically involves us in liturgy. We become Catholic through the ritual act of baptism, confirmation and Eucharist. Never is this more important than when a loved one has died. In the late 1980s, when I was running a café, the AIDS epidemic hit our neighborhood and our staff hard. I remember going to non-religious memorial services and thinking how cruel it was to expect people who are grieving to have to devise a service, come up with the words, figure out when to stand and when to sit. How blessed we are that our funeral rite is so similar to a typical Mass: We know when to stand and when to kneel, and the words are provided (and they are beautiful). We get to personalize the service by selecting certain readings, but even that connects us with the rest of the congregation because those readings are familiar to all. We sing the hymns together. I have never been more grateful for the church than at the funerals of my parents.

I am so grateful for my work. I have the best job in the world, writing about the church, the political world, and the estuary where the two combine. I get to police the culture for good things and bad, trying to provide historical and ecclesiastical context for the events of the day. Writing about the church was fascinating under the pontificate of Pope Benedict XVI, whose erudite writings about the faith we share were always challenging and illuminating and worth the effort to engage them. Writing about the church under the pontificate of Pope Francis is even downright exhilarating. And writing at a time when Francis is pope and Donald Trump is president, well, let's just say I never want for topics.

I am so very grateful for my colleagues who catch my typos, find photos to accompany my columns, tweet my articles out into Twitterland, and whose conversations cause me to think differently and more deeply about the news of the day and the deeper undercurrents of the culture about which we write. I don't tell them enough how grateful I am: Thank you, all!

I am grateful for our readers at NCR and for the emails and phone calls of encouragement. I am even grateful for the angry emails: I take a certain delight in getting under conservatives' skins regularly, and under liberals' skins as needed. Last week, in an interview, Bishop Robert McElroy commented on the parable of the sower, and how in Jesus' time, the sower was not usually the owner of the field, but an itinerant worker, so he was not around for the harvest. "In that parable, Jesus is telling you, 'Have faith! God's grace is going to work, and your cooperation with God's grace is going to have a great effect, even though you're probably not going to see it,' " McElroy said. Still, it is nice to find out that one's work does have an effect. And there is no greater compliment than when someone writes, "I wasn't sure where you were going to come down on this issue. …"

I am grateful for many other things, for family and friends, for my dogs, for the fact that I have a roof over my head and I do not go to bed hungry. I am grateful that I live in a country where people are motivated to drop everything and head to the airport to protest unjust treatment of refugees, where people help the homeless and the aged and the infirm, where a free press and the right of assembly are stronger than you-know-who thinks they are.

Getting older has its downsides. The doctor starts prescribing pills. The knees and the back can't handle as much time doing work in the garden as once they did. Once you get past 45, you know you are more than halfway home. Still, "Life is a banquet, and half the poor suckers are starving," as Auntie Mame said. It is a banquet, and it is filled with foretastes of an even greater, heavenly banquet, foretastes to which we give the word grace. Even in the rough times this past year, perhaps especially in the rough times, grace was everywhere: gratuitous, undeserved, present. My Latino friend was right. Today is a good day to celebrate in gratitude to my Creator.