On Friday, the Wall Street Journal ran an op-ed article co-signed by 16 scientists who stated evidence of global warming is lacking over the past decade and that carbon dioxide is not a pollutant. Across the pond, the Sunday edition of the UK's Daily Mail ran an article by David Rose who stated recent data from the Met Office - the National Weather Service for the UK - shows no global warming in the past 15 years.

The fallout from both articles was predictable in the comments sections, as deniers lauded the news and believers cried "false!" But the articles spurred response among prominent environmental writers, as well as the Met Office.

Shortly after Rose's article ran in the Mail, the Met Office released a statement on its official blog, stating "the article includes numerous errors in the reporting of published peer reviewed science undertaken by the Met Office Hadley Centre and for Mr. Rose to suggest that the latest global temperatures available show no warming in the last 15 years is entirely misleading." The blog includes graphics indicating the rise of temperatures since 1850. 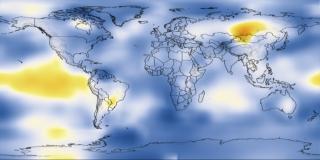 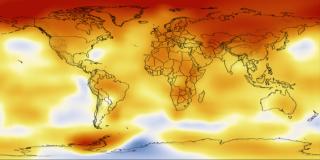 Forbes contributor Steve Zwick offered his take on the article, expressing his fatigue from "debunking the same lies over and over again - it's like picking weeds ..."

As for the Wall Street Journal article, Media Matters for America claimed the Journal hired "dentists to do heart surgery," pointing out that of the 16 scientists attached to the article, only four have published peer-reviewed articles on climate change, with others' expertise in electrical engineering, medicine and airplane design. In addition, six of the signing scientists had ties to oil and fossil fuel companies, five of which with ties to ExxonMobil.

Back at Forbes, Peter Gleick challenged the Journal's editorial board's historical bias of being "not only agnostic to the facts of climate change, but hostile." Gleick cites a letter brought to the Journal in 2010 by 255 members of the United States National Academy of Sciences "on the realities of climate change and on the need for improved and serious public debate around the issue," which the Journal rejected and was eventually published in Science magazine.

Andrew Revkin of the Dot Earth blog at the New York Times offered his take on the economics argument posited by the 16 scientists, including his email exchange with William D. Nordhaus, the Yale economics professor cited in the op-ed piece, who told Revkin "The piece completely misrepresented my work. My work has long taken the view that policies to slow global warming would have net economic benefits, in the trillion of dollars of present value."

The Union of Concerned Scientists also weighed in, stating that 2011 was the 35th consecutive year with temperatures above historical averages. Perhaps most useful, the UCS guided readers toward more reliable sources for information about climate change from scientists actively studying the issue: the US National Academy of Sciences and the United States Global Change Research Program.

Other groups and climate scientists have come out against the op-ed piece, and more are expected to do so in coming days.

In other environmental news:

NPR has its story on pythons who have invaded Florida's Everglades and risk upsetting the ecology in the national park. [NPR.com]

In an effort to highlight all religions' emphasis of "the importance of harmonious relationship between human beings and nature," speakers representing Catholics, Hindus and Muslims met in India to discuss how materialism weakens human values. [TimesofIndia.com]

With the first phase of the BP oil spill trial set to begin Feb. 27, the Associated Press is reporting that internal BP emails estimated the spill rate reaching 3.4 million gallons a day, and urged employees to keep the information quiet. [Ap.org]

As planning continues for this summer's Rio+20 U.N. sustainable development conference, Brazilian delegates are hoping to push the conversation past divisive politics connected to climate change and toward discussion of a green economy with emphasis on trade and technology. [EEnews.net]

Bikes are coming to the Big Apple, and in droves. This summer, 10,000 new bikes will hit the streets of New York City through a new bike share program; residents can help the city's Department of Transportation determine where the bike share stations will be located. [Treehugger.com]