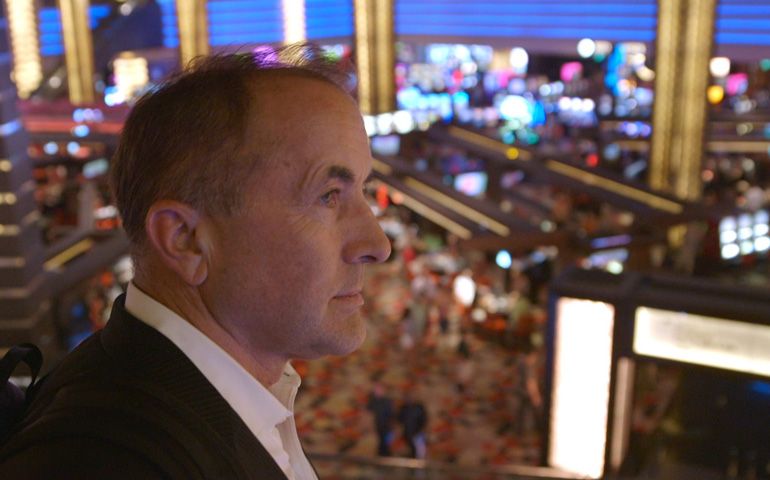 Propaganda (definition): Information, especially of a biased or misleading nature, used to promote or publicize a particular political cause or point of view.

A little over a year ago following the President Barack Obama’s State of the Union, I was asked by Michigan Interfaith Power & Light (the organization I had founded back in 2003) to sign onto an op-ed on energy opportunities that would appear in the Detroit News. For that piece I received what can only be called “hate mail” and one email that made a threat against my person.

I also received a call from a well-known radio show, whose host immediately went on an ad hominem attack. When he disputed the reality of melting glaciers, I asked him from where he derived his source. His answer -- Marc Morano, editor of ClimateDepot.com, widely viewed as a leading climate skeptic website, and a former climate researcher for Sen. James Inhofe.

The new documentary “Merchants of Doubt” addresses the reality of corporate-sponsored public disinformation campaigns on subjects such as cigarette smoking, fire retardants and climate science. Merchants of Doubt, directed by Robert Kenner who also directed “Food, Inc.,” is based on the 2010 book of the same name by Naomi Oreskes and Eric M. Conway

The magician Jamy Ian Smith, whose commentary sprinkled throughout “Merchants of Doubt,” demonstrates through sleight of hand how easy it is to confuse a gullible public -- serving as the film’s metaphor.

Cigarette companies discovered as far back as 1953 that through slick public relations, parading your own “experts” for media consumption and sticking with the mantra “We are just not sure,” how a small cadre can fend off overwhelming scientific consensus for decades. A few of the same scientists trotted out to argue for the safety of smoking are now at the forefront of climate denial.

Oreske, one of the key voices in the film, raises the question as to why, if human-induced climate change, is pretty much settled science among peer-reviewed climatologists and by all of the major American and international scientific societies, that reality has not taken root among the American polity more than it has. “Merchants of Doubt” advances several theories:

The documentary ends on an ambiguous note. The public eventually came around to the realization that the message of the cigarette companies that cigarette smoking is not harmful was a lie. It took 50 years.

In the climate debate, if the scientific consensus on the implications of climate change for our planet is borne out, we don’t have 50 years. Need we wait for the next natural disaster to wake folks up?

Or perhaps we might not wait that long after all for a climate tipping point. If the forecasters are correct and California regularly continues to experience droughts, it will not be California’s homeowners who will have to ration water. When rationing hits the agricultural community -- the same agricultural economy that supplies half of the nation’s produce, fruits and nuts -- the days of inexpensive food will become a fond memory.

[Fr. Charles Morris is an assistant professor in religious studies and environmental theology at Madonna University, located outside Detroit.]

EarthBeat | 'Merchants of Doubt' surveys the industry of climate denial