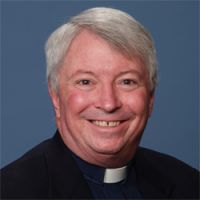 Fr. Charles Morris is a full-time assistant professor in the Religious Studies Department at Madonna University in Livonia, Mich.

Eco Catholic: The documentary addresses the reality of corporate-sponsored disinformation campaigns on subjects such as cigarette smoking, fire retardants and climate science.

Pope Francis’ statements of late -- on solidarity with the poor, on the need for community and on refocusing the church’s energies away from a narrow focus on sexual issues -- may sound shocking to some. This is a much different tone than the image of the papacy in recent times.

There has been a change in much of Michigan's landscape in the last few years. From farm country in the Thumb on the east side of the state to the hill country near Ludington close to Michigan's west coast, majestic wind turbines dot the countryside. Gratiot County, among the poorest counties in the state, has been infused with new capital for education and for infrastructure.

On Oct. 17, 2009, I received a call from my maintenance man at St. Elizabeth in Wyandotte, Mich. A woman wanted to talk with me. Since I was on my way to a wedding rehearsal at a parish 30 miles away, I told myself that I had a few minutes. Little did I realize how powerful that encounter with Jeanne Ingram would become. Jeanne's mother, Bereth, had just died and Jeanne was literally searching high and low for a cemetery that would honor her mother's wishes to be interred without any kind of chemicals or vaults.

Biophilia and the barcode of life

The power of interfaith partnership

Forging a partnership where the poor really matter

Pollution, people of color and the poor

'Tipping Point': A primer on the Alberta tar sands

Bioneers: A new vision of reality

The role of the person of faith in the 21st century

Ember Days in the 21st century