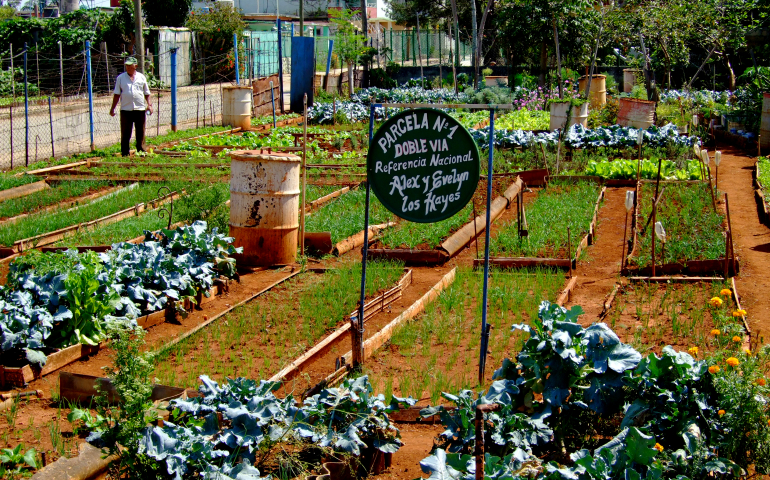 While he no longer held any formal position of power since his resignation as president for health reasons eight years ago, Fidel Castro's death last month marks the passing of an era. In his nearly 50 years in power, few individuals have had had such a profound influence on a country for good or ill — and Castro left plenty of both.

Though Cubans have a per capita income well under 10 percent of that of the United States, they now have a longer life expectancy and lower infant mortality rate. The population constantly has to deal with shortages, inefficiencies and a maddening bureaucracy, yet the government provides free education at all levels, free food allocations, free health care, heavily subsidized utilities, and inexpensive housing.

Here in the United States, there was a lot of attention to Castro's repression of dissidents and other authoritarian practices, but those paled in comparison to many of the right-wing regimes in Latin America supported by the United States during most of his time in power and to many governments elsewhere supported by Washington to this day.

Indeed, other communist countries — such as the far more repressive China — have enjoyed normal relations with the United States while Cuba was singled out for non-recognition, sanctions, travel bans and other restrictions, only some of which have been partially relaxed under President Barack Obama.

Castro's biggest test was in the 1990s, when the sudden end of large-scale aid and subsidized trade with the Eastern Bloc, combined with increased sanctions from the United States, led to a severe economic crisis. His response — which history may judge as perhaps his greatest legacy — was to launch an ambitious program in organic agriculture, environmental planning, renewable energy and other sustainable development practices.

Unable to obtain fuel, chemical fertilizers, pesticides, motor vehicles and other items on which they depended, Cubans faced a potential catastrophe. Castro's response, in the words of Peter Rosset of the Institute for Food and Development Policy, was "the largest conversion from conventional agriculture to organic or semi‑organic farming that the world has ever known."

Following an 80 percent drop in the availability of chemical pesticides and a 50 percent drop in petroleum for agriculture, Cuban farmers have actually increased the quantity and quality of crop yields at lower costs and with fewer health and environmental side effects. Fungi, nematodes, wasps and ants have all been harvested for pest control. Much of this has been developed in cottage industries led by scientists in this poor but highly educated society.

In addition, Cuba began moving away from the monoculture model — based on exports of sugar and tobacco — to growing more food crops, particularly soybeans. Crop rotation, intercropping and soil conservation efforts are widespread. Urban agriculture provides much of the food needs of city residents.

After several years of food shortages and vitamin deficiencies in the 1990s, Cubans are now healthier because of their increased consumption of organic vegetables and decreased consumption of red meat. Farmworkers especially report a dramatic improvement in health, due to their reduced exposure to pesticides and herbicides.

The shortage of fuel also led to a switch to renewable energy sources. There are now nearly 10,000 operating windmills and a growth in solar energy. Biomass generators now supply nearly 15 percent of the country's electricity. There are hundreds of small hydroelectric facilities, mostly in isolated mountainous regions. Virtually all of the country's sugar mills are now powered by waste from the cane. Solar ovens and other appropriate technologies are now commonplace in rural areas.

Significantly, even when cheap oil from Venezuela became available and access to chemical agents improved, these green innovations remained in place.

While many countries have been destroying their rain forests at an alarming rate, Cuba has made a conscious effort to reverse that trend through large‑scale reforestation programs, which include the planting of a rich variety of native species. Forested areas have more than doubled since the 1959 revolution.

One of the byproducts of the reforestation efforts is that Cuba is now a leading biotechnology center for medicines derived from tropical plants. There has been a dramatic increase in the use of herbal medicines and a return to some proven folk remedies.

As Cubans have grown less reliant on centralized sources for energy and agricultural inputs and more reliant on local sources, political decision-making has become more decentralized. Most state farms have become cooperatives run by the farmers themselves, and an increasing degree of political control now rests with democratically elected local administrations.

Though the Cuban government has remained authoritarian in many respects, the trend toward a more democratic socialism on the local level has brought new life to a country that for decades had stagnated under a rigid, hierarchical state bureaucracy.

Obama has been unable to restore normal trade relations with Cuba as a result of the Helms-Burton Act, signed into law by President Bill Clinton in 1996, which requires that strict sanctions stay in place not just until Cuba allows for free democratic elections, but until the country "is substantially moving toward a market-oriented economic system." So, even if Cuba eventually becomes a fully functioning democracy but still opts for a socialist economy, strict U.S. sanctions would remain.

It was ironic that pressure against Cuba increased as Fidel Castro began to move away from the old rigid communist development strategies to embracing green development. Yet perhaps Washington sees a green Cuba as a bigger threat than a red Cuba. The communist model was clearly unsustainable on many levels. Yet a green model actually serves as viable alternative to the foreign-investment-driven, capital-intensive model promoted by the United States, the International Monetary Fund and the World Trade Organization. Indeed, Cuba may constitute the threat of a good example, which is perhaps the biggest threat of all.

Castro's ecological innovations were made more out of necessity than by design. However, sooner or later, if we are to survive as a planet, all countries will eventually have to make the transition to a more environmentally sustainable economy.