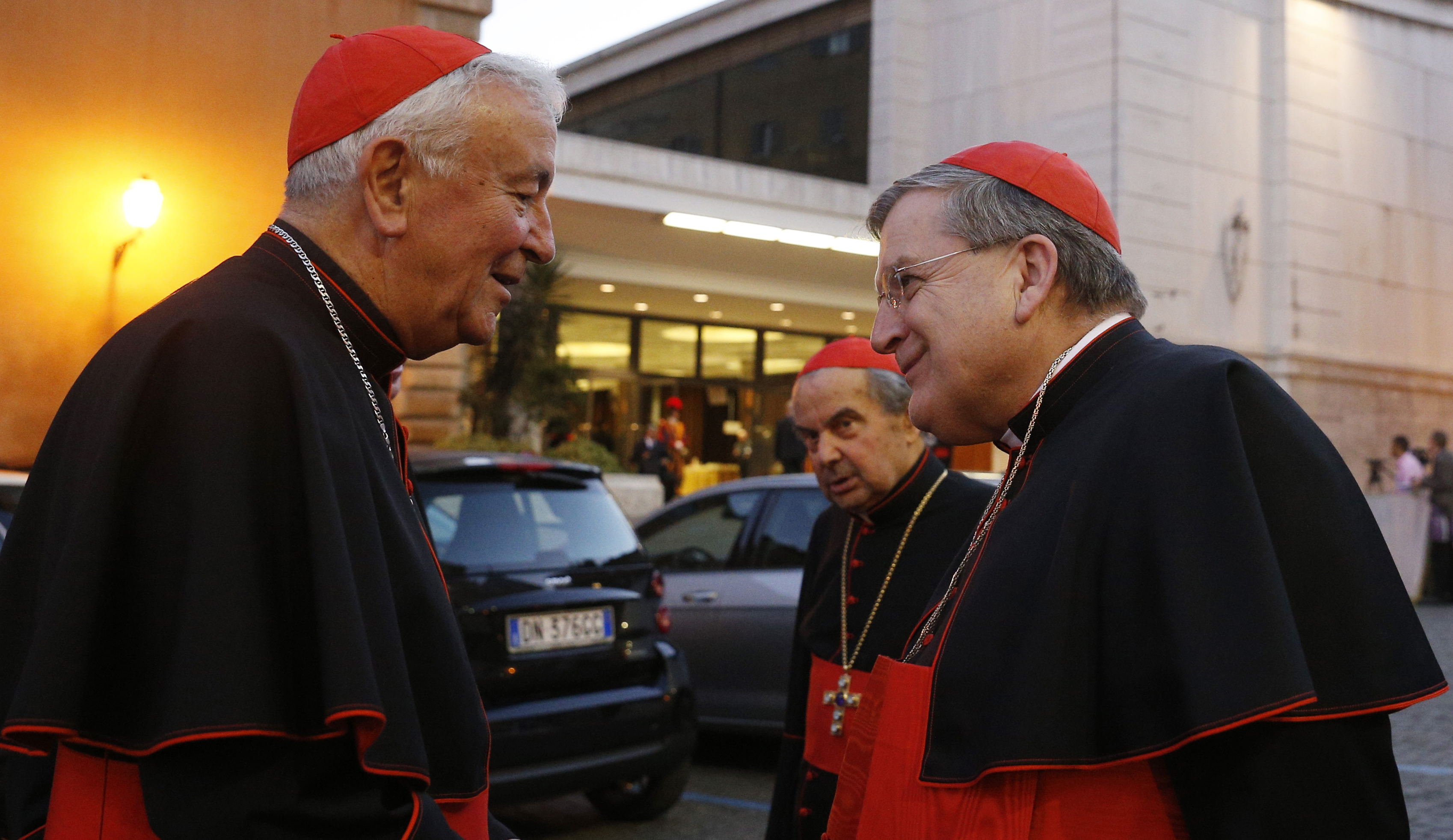 I was asked by a journalist last week if I thought the Catholic church was in danger of schism over the question of Communion for divorced and remarried Catholics. This controversy has received renewed attention because of the letter from four cardinals challenging the pope's teaching in Amoris Laetitia. The controversy has received repeated attention from New York Times columnist Ross Douthat.

My short answer was "no."

To have a schism, you need a bishop to break with the pope and ordain priests and other bishops for the schismatic church. You also need people to follow the bishop into schism.

The only major schism in the 20th century is the one led by Archbishop Marcel Lefebvre, who opposed the revision and translation of the liturgy as well as Vatican II's teaching on ecumenism and relations with Jews. He founded the Society of St. Pius X in 1970 and was excommunicated for ordaining four bishops without papal approval in 1988. According to their website, they claim to have 603 priests with 772 Mass centers, a significant number but miniscule in comparison with the Catholic church.

I doubt that any bishop, including these four cardinals, would be willing to lead a schism over the question of Communion for divorced Catholics. And even if they did, very few people would follow them into schism.

Pope Francis is very popular with Catholics. In 2015, 81 to 90 percent of U.S. Catholics had a favorable view of the pope. His unfavorable ratings ran between 4 and 8 percent. Politicians would kill for these kinds of ratings. None of his opponents has this kind of support among Catholics.

In addition, two out of three Catholics would like to see a change in the church’s teaching on Communion for divorced and remarried Catholics. Only 31 percent of Catholics say that the church should not allow those remarried without an annulment to receive Communion.

True, 31 percent of Catholics is a lot of people, but do these Catholics care so strongly about this that they would leave the church? I doubt it.

In fact, Pope Francis has never said that all divorced and remarried Catholics should go to Communion. He objects to both the literalists, who say Communion is impossible for such people, and the unthinking liberals, who want to welcome everyone to Communion.

The problem with both sides is that they want a simple, universal answer to all situations. Francis does not think life is that simple. As a pastor, he met poor women who had been abandoned by their husbands and then remarried. They needed someone who could help them financially support their children as well as provide a father to them. They were good, loving people who were raising their children as good Catholics and contributing positively to their communities.

Francis would be sympathetic to the woman who put her husband through law school waiting tables but then got dumped for a pretty, younger associate. She is now married to a loving plumber who is a good father to the children from both marriages. Telling her to abandon her new husband or live as brother and sister is not only absurd, it is unjust.

On the other hand, I doubt Francis would offer Communion to a billionaire, married for the third time, who has a history of philandering and says he has nothing for which to be sorry.

The right and the left want easy answers. Francis refuses to give answers, rather he wants us to learn how to think, how to discern in complex situations.

Prior to the mid-20th century, divorce and remarriage was rare and almost always wrong because in a patriarchal society, the man could dump his wife and she had little recourse. In Jesus’ time, she would not be accepted back in her father's house; she would not get alimony or child support; she was on the street with no means of support. That meant begging or prostitution.

Jesus' opposition to divorce was more about protecting women and children than about sex.

In the history of the church, under the influence of Roman law, Jesus' teachings were systematized and codified. This made it easier to train priests to deal with most of the moral cases they would face. The best of theologians and teachers always knew the need for flexibility in applying such laws, but many of their students simply applied the rules mechanically. For priests lacking education or sophistication, following the rule was safe. Too much flexibility would breed uncertainty and chaos.

This led to a perversion of Jesus' teaching that forced women to stay in abusive relationships simply because they were married. As fewer women died in childbirth, as they became educated and capable of supporting themselves, and as couples lived longer together, marriage changed. It became more about human development and growth and less about economic security. The decline of the extended family also had its effect.

Reality has changed. Divorce hits about 40 percent of marriages. Divorce and remarriage is a fact of life. Divorce is still tragic, but laws protect women and their children more than they did in the past.

How should the church respond to this new reality? Francis does not give simple answers; he asks us to reflect on the concrete circumstances of each case. Discernment, not a rule book, is required to find out where God is calling a person.

Divorced persons must ask themselves how they contributed to the breakdown of the marriage. Are they sorry for their sins? In justice, what do they owe their former spouses and children? Are they now where God wants them to be? What are their obligations now? Would abandoning a second spouse at this point be unjust and cruel? Is their love for their new spouse graced? How can they live this new life better?

I began writing this column on Tuesday when the first reading at Mass was from Isaiah 40: " 'Comfort, give comfort to my people,' says your God." On Monday, St. Luke's Gospel (5: 17-26) tells us about Jesus getting in trouble with the scribes and Pharisees for forgiving a man his sins.

When I was younger, I thought the stories about Jesus and the scribes and the Pharisees were about ancient events that had no relevance to contemporary life. Or worse, they were anti-Semitic. Now I recognize that the Gospel writers included these stories because they knew that thinking like the scribes and the Pharisees is a constant temptation in the church. There will always be people for whom rules are more important than compassion.

Pope Francis is under attack for being too compassionate. So was Jesus.