Tax cuts and infrastructure spending: Timing is everything 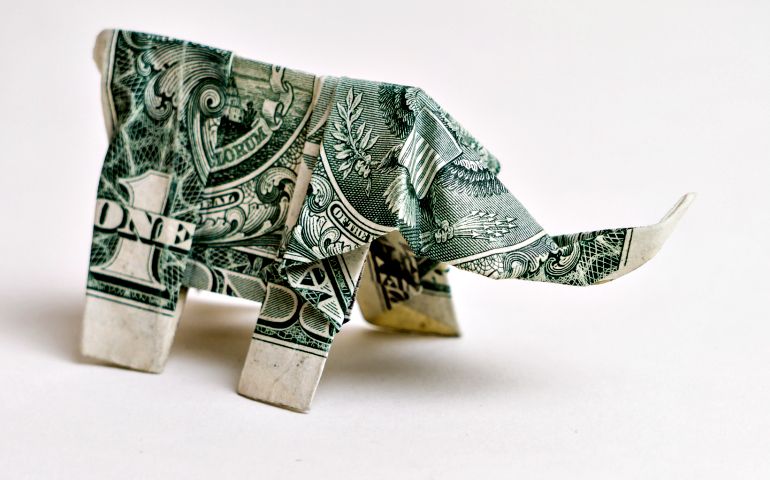 High on the agenda of the new Congress and administration is going to be tax cuts.

Although congressional Republicans may have some problems with President Donald Trump's trade and infrastructure agenda, they will have wide agreement on tax cuts. As a result, many observers believe that tax cuts will be the first item on the agenda for Congress and the president.

It would be wonderful to have a rational debate on tax cuts, but we Americans are not rational when discussing taxes.

Republicans love tax cuts. Tax cuts reflect their preference for smaller government. The less money government has from taxes, the less it can spend.

Tax cuts also reflect Republican preference for leaving economic development to private individuals and companies. Taxes reduce the amount of money that people have to spend and invest. Let people keep their money and the economy will improve, according to this view.

In truth, it is difficult for any politician, Republican or Democrat, to oppose tax cuts. Taxpayers are voters and campaign contributors, and they love tax cuts. Any politician who votes against a tax cut will find that an issue in his next election.

Opposition to tax cuts does come from deficit hawks, those Republicans who worry about budget deficits and government debt. They favor tax cuts but want them accompanied by cuts in spending.

But many Republicans believe that cutting taxes will stimulate the economy so much that tax revenues will not decline. Such magic is not supported by economic facts.

Other Republicans are more cynical. They believe that big tax cuts now will eventually force Congress to cut spending when deficits go up.

The problem with the Republican philosophy of tax cuts is that it ignores economic conditions; it is pre-Keynesian in its approach.

John Maynard Keynes taught that economic output is influenced by aggregate demand in the marketplace — demand from both the private and public sectors.

One of the reasons the recovery from the last recession took so long was that Republicans refused to follow Keynes.

During the George W. Bush administration, when the economy was doing well, Republicans cut taxes, increased entitlements (Medicare D), and waged an expensive war. In other words, they increased demand at a time when private demand was already high. Bush should have raised taxes and cut spending and had the government run surpluses in order to pay down the debt.

Instead, they borrowed and spent like there was no tomorrow. The deficit hawks were either silent or ignored.

Then when the recession hit, Republicans fought against a strong stimulus package when private demand had crashed. Because of the deficits and debt, which they had created, Republicans now wanted to cut spending.

In other words, Republicans did exactly the opposite of what Keynes would have recommended. This made the recession worse than it should have been. It left the recovery to the Federal Reserve Board, which tried to stimulate demand by reducing the interest rate it charges banks to almost zero. This helped banks recover from the crash but did not stimulate the economy all that much.

The trillion-dollar infrastructure program currently being pushed by Trump should have been enacted eight years ago, back when the recession started. Now, if the economy continues to improve, infrastructure spending will probably kick in just as private demand is going strong. Massive government spending on top of strong private demand will have inflationary consequences.

The Trump tax cuts and infrastructure plans may be a case of too much too late.

Democrats will undoubtedly support spending on infrastructure, but it is important for them to read the fine print. True, we do need to repair bridges and roads, but repairing and expanding mass transit is even more important.

Every project should also be carefully examined to see how many jobs it actually creates.

During the Great Depression, the New Deal could put thousands of men to work with shovels building roads. Today, roads are constructed with multi-million-dollar machines operated by a few workers. You get a lot more jobs for the buck by paying workers to improve public housing by adding insulation, installing solar panels, and replacing energy inefficient windows.

Finally, when it comes to tax cuts, it also depends on who gets how much. Republicans want to cut taxes on the rich and on corporations in order to increase investment.

On the other hand, if you want to increase demand immediately, cutting taxes on the poor is highly effective because they will spend their tax cuts right away.

And if you want to increase jobs, the best way would be to cut Social Security and Medicare taxes, which make it more expensive to hire workers.

Will we have a rational discussion on taxes and government spending? I doubt it.

[Jesuit Fr. Thomas Reese is a senior analyst for NCR and author of The Politics of Taxation. His email address is treesesj@ncronline.org.]

Politics | Tax cuts and infrastructure spending: Timing is everything

The tax overhaul isn't a victory and isn't a gift