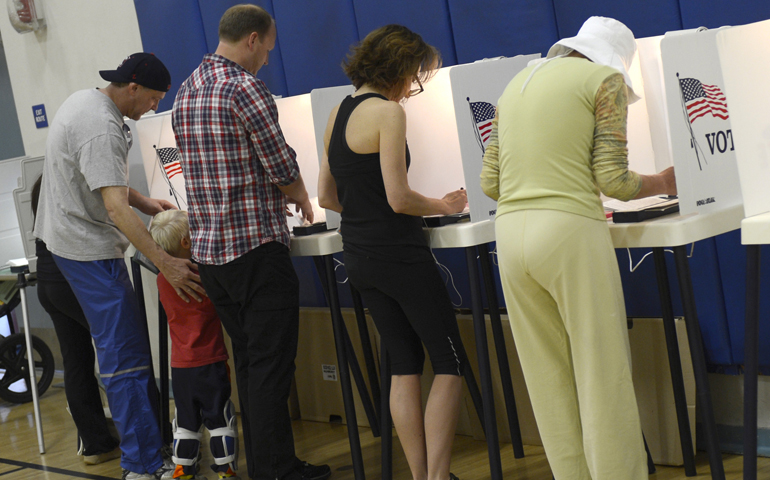 You may have noticed that the U.S. presidential election campaign is still underway. Each camp claims a candidate with more experience and less to hide. Who will win? Who will lose?

Of course we'll know for sure in a few days, maybe. Meanwhile, we're still guessing.

For an accurate read on what's most likely to happen, I went to a real expert in these matters: an Irish bookmaker.

The whole thing seems rather like the World Series. There, of course, skill and luck combine to a fair outcome. Most of the time. There is the matter of the 1919 World Series. You remember: Cincinnati Reds vs. Chicago White Sox. Unexpectedly, except to a few, the underdog Reds won five games to the favored Sox's three in a best of nine series. The fix, apparently, was in. It's called the "Black Sox Scandal."

Not surprisingly, some folks are betting the current election is rigged as well. That would be folks on both sides of the ever-widening Republican-Democrat fault line running through the Congress and the country.

And we cannot forget the other email bump in Hillary's road to the White House: the WikiLeak-ed John Podesta emails, some of which relegate Catholic beliefs to the "middle ages." Podesta manages Hillary's campaign. The Clinton camp blames Russian hackers (read the government of the Russian Federation) whose leader, ex-KGB foreign intelligence officer Vladimir V. Putin, they say might rather deal with Donald than with Hillary. By the way, the WikiLeaks folks promise a total of 50,000 emails by Election Day.

Oh, and then there were the boys on the bus. Donald's disgusting commentary on himself would be beyond belief, excepting it is true. Is it possible that Billy Bush did a favor for his cousin, former Florida Governor Jeb Bush, who (given his appearance in the Emmy Awards) is probably still as gosh-darn angry about his losses in the Republican primary as a member of the Bush clan can get?

You have to shake your head at the shenanigans.

I'd like to say that in a simpler time, maybe one hundred years ago, sports contests weren't fixed, elections were fair, conversations were on a higher plain, and everything was hunky-dory.

I'd like to say that, but I think F. Scott Fitzgerald summed up the problem in his novel The Great Gatsby. The title character chats with the story's narrator:

"Meyer Wolfsheim? No, he's a gambler." Gatsby hesitated, then added coolly: "He's the man who fixed the World Series back in 1919."

It never occurred to me that a single man could play with the faith of fifty million people -- with the single-mindedness of a burglar blowing a safe.

Do you think it is a "single man"? Or are we caught in a web of competing cohorts of rich men and women, each bent on power, privilege, and prestige?

There is a powerful lot of money floating around this election cycle. Earlier, Fitzgerald put the blame on how we treat each other on money, in his short story "The Rich Boy."

Let me tell you about the very rich. They are different from you and me. They possess and enjoy early, and it does something to them, makes them soft where we are hard, and cynical where we are trustful, in a way that, unless you were born rich, it is very difficult to understand. They think, deep in their hearts, that they are better than we are because we had to discover the compensations and refuges of life for ourselves. Even when they enter deep into our world or sink below us, they still think that they are better than we are.

That could be what it is all about. It could be that, no matter what, we all lose.

[Phyllis Zagano is senior research associate-in-residence at Hofstra University in Hempstead, N.Y. Her most recent books include The Light of the World: Daily Meditations for Advent and Christmas, Women Deacons? Essays with Answers and In the Image of Christ: Essays on Being Catholic and Female.]