The mentally ill are our lepers 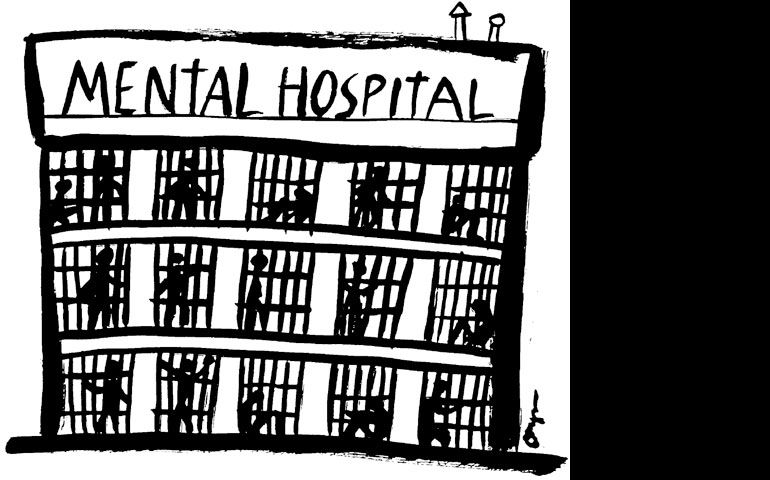 It probably wouldn't surprise you to learn that mental health professionals treat believers from every tradition. It might surprise you to hear Dr. Abraham Nussbaum, assistant professor of psychiatry at the University of Colorado Medical School and director of the inpatient psychiatric unit at Denver Health -- and also, in the interest of full disclosure, my son -- reflect that in his two-and-a-half years as director of the unit he can recall only one pastor visiting a patient. One.

I remember as a child hearing the Bible story about Jesus healing the 10 lepers. I was less interested in the healing itself than in the idea of sick people forced to live away from their families and friends, away from their homes and neighborhoods, cast out beyond the gates of the city. This, I understood, was a story from long ago and far away.

Except that it is not. The mentally ill are lepers. They are Lazarus, lying on our doorsteps. We step over them. And we supply the ancient soundtrack, "Unclean! Unclean!"

I serve on the board of my local Catholic Charities. Our Marian House Soup Kitchen and drop-in center is located downtown, just across the street from the cathedral. Many of those we serve are mentally ill. Every year the cry goes up to move the facility to some place far away from downtown shops and restaurants. Every year the cry goes up to relocate our Lazaruses so that our way is unhindered, our view is unspoiled, and our fantasies remain intact.

So I've been interested in Dr. Nussbaum's work, a work he does with many others of like mind, to find a different way to treat and live with the mentally ill. His attention is drawn to the many Mennonites, who, as conscientious objectors during World War II, worked as attendants in American mental asylums.

Menno Simons, the Anabaptist father of the Mennonites, was a Norbertine priest before he left the order and the Catholic church. But Nussbaum believes that Simons, and his followers, may help lead the church back into right relationship with our brothers and sisters who suffer from mental illness.

Nussbaum begins with the difficult history of the historic peace churches, among them the Mennonites, during World War I. Five hundred conscientious objectors were court-martialed, with 142 of them sentenced to life in prison. Seventeen of the convicted were hanged.

And though people hoped that war would be the one "to end all wars," the Mennonites expected another, and began to plan their  response. They determined that they would serve when called, but not to bear arms or go on the field of battle or participate in munitions manufacturing. As Nussbaum puts it, "They respect and recognize the role of the state, even to waging war, but insist the state has no role in the church, which is to do justice in the face of violence."

There were some 12,000 religious nonviolent resisters during World War II who performed alternative compulsory service in the Civilian Public Service. Forty percent of them were Mennonites.

There were around 200,000 Mennonites in the U.S. in 1940, and 4,665 of them went into the Civilian Public Service and 1,500 of them ultimately completed their service in state psychiatric hospitals and asylums. Their wives often accompanied them, so that approximately 1 percent of all the Mennonites in the country performed direct service work with the mentally ill during World War II. They lived on the grounds of the asylums. The men worked six days a week. They received no pay, no vacations or benefits and the GI Bill was denied to them. Many were not released from service until after the war's end, the last in 1947.

Nussbaum describes the typical job of an attendant in a 1940s era asylum. "There were as few as one attendant for every 1,000 patients. The attendants carried blackjacks to maintain order and used restraints towards the same end: keeping order."

Mennonite resisters, then, were sent into another kind of battlefield, in which violent means were employed and encouraged in the name of health.

The Mennonite workers went untrained into the wards with only this charge, "Keep the wards clean and keep the patients from hurting themselves." But how could they discharge their duty without using violence?

It's here that Nussbaum reflects on the call these Mennonites answered. "It was not," he says, "to mental health care, but to give witness to the kingdom of God. Their witness was the same wherever they lived or worked; it was to the hospitality of God."

One of the problems they faced was the everyday use of restraints on patients. The Mennonites refused them. The patient load didn't get smaller. The patients didn't become less ill or less agitated. One of the Mennonite ward attendants died from head injuries he received when a patient assaulted him. Nothing in the situation changed except the people who were given the restraints and put them aside, saying no to coercive force.

They began to talk among themselves and with the other ward attendants, trying to find a better way to care for patients. They sent out a call into the larger Mennonite community, asking for others to come and help. Many of their brothers and sisters answered the call.

Nussbaum says it caused changes that can still be seen and felt in the care of the hospitalized mentally ill today.

But what of the mentally ill warehoused in prisons? Where do we find thousands of Mennonites willing to go live and work in county jails? It seems too large a problem, calling for, in that phrase beloved of politicians, some sweeping overhaul of the system.

Nussbaum says I misunderstand. Our task isn't world transformation, he says, but the small daily signs signaling the kingdom. We shouldn't be looking to the Mennonites, he says. We should be looking to ourselves.

And then he asks, "Can you imagine if 1 percent of all Roman Catholics were involved in direct care of the mentally ill? Not at the policy level, but just at the human level, doing what needs to be done to keep people fed and clean and connected."

I think of John in his prison cell, asking if Jesus was the one for whom they had been waiting.

Jesus sends John this word: "The blind regain their sight, the lame walk, lepers are cleansed, the deaf hear, the dead are raised and the poor have the good news proclaimed to them."

Rome is still in power, and Herod is still on the throne. Both Jesus and John will be killed at their hands. No institutional change there. But a breaking in, a breaking out, here and there, of wholeness and healing, of life.

I ask my son what he hopes to see in his own unit. He talks of a common table, where the staff and the patients sit down and eat together. "That," he says, "might reduce assaults." He says the Mennonites "looked to Christian history to find a way." He knows the Catholic way begins with a table.

And outside his unit? He hopes change might begin with priests and pastors and Stephen ministers and extraordinary ministers of holy Communion visiting their neighbors, friends and parishioners when they are ill with mental problems, just as they do when those same people have heart problems.

[Melissa Musick Nussbaum lives in Colorado Springs. More of her work can be found at the catholiccatalogue.com.]

Editor's note: We can send you an email alert every time Melissa Musick Nussbaum's column, "My Table is Spread," is posted to NCRonline.org. Go to this page and follow directions: Email alert sign-up.

Spirituality | The mentally ill are our lepers