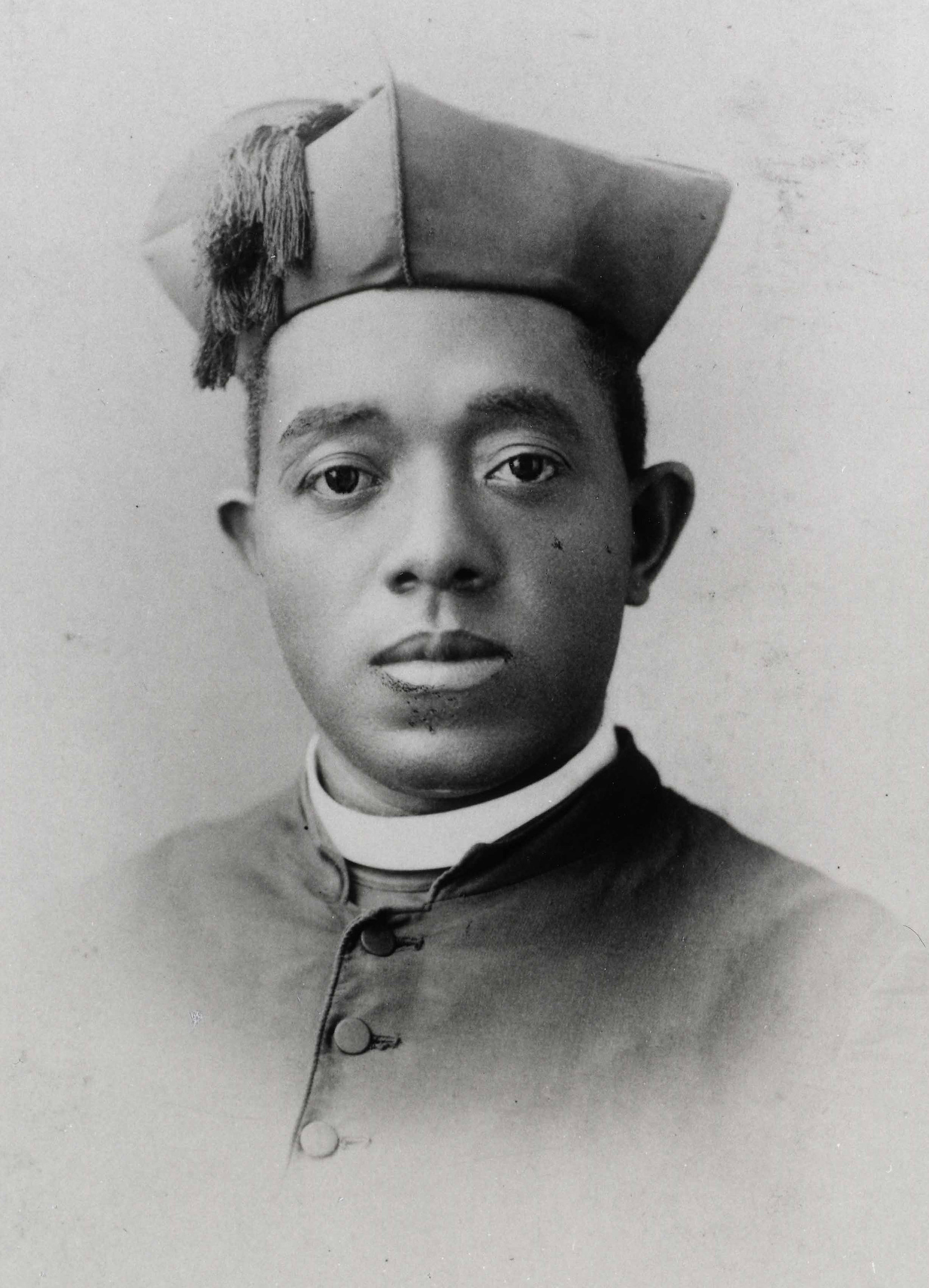 Father Augustine Tolton, also known as Augustus, is pictured in a photo from an undated portrait card. (CNS photo/courtesy of Archdiocese of Chicago Archives and Records Center)

Did you know Augustus Tolton, was the first publicly known black Roman Catholic priest in the United States (1886)?

A former slave who was baptized and reared Catholic, Tolton studied formally in Rome, because he was rejected from American seminary. Fr. Tolton was ordained and served his first Mass on Easter Sunday at St. Peter’s Basilica in Rome. Assigned to the Alton, Ill. diocese, Tolton first ministered to his home parish in Quincy. Later assigned to Chicago, Tolton led the development and construction of St. Monica’s Catholic Church as a black “national parish church”, completed in 1893 on Chicago’s south side.

This is copyrighted material, used with the permission of the Archdiocese of Washington, Office of Black Catholics