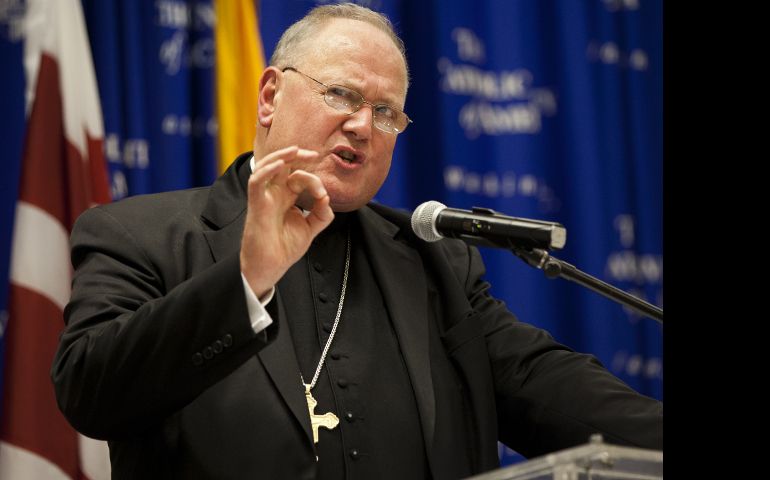 Adding an authoritative voice to the chorus of Catholic bishops who have entered the election fray this cycle, the cardinal who heads the U.S. bishops’ conference outlined Thursday nine “concerns” he says he has for the nation as people prepare to vote.

Among his concerns, writes New York Cardinal Timothy Dolan, the president of the U.S. Conference of Catholic Bishops, are a culture that is “increasingly callous” about an alleged “radical abortion license” and the supposed reduction of religious liberty “to a kind of privacy right to recreational activities.”

Dolan, who leaves the country Friday to attend the Synod of Bishops on the New Evangelization in Rome, expressed his concerns in an Oct. 4 column in his archdiocesan newspaper, Catholic New York. His comments come after a number of other bishops have given advice to for Catholics for how they should vote, with several highlighting specifically opposition to abortion and same-sex marriage.

Dolan, who has led the New York archdiocese since 2009, has been rather visible this election cycle, giving a benediction at both the Republican and Democratic Party conventions in August and September. Those benedictions sparked criticisms from some worried the cardinal was appearing too partisan.

In his column Thursday, Dolan says he will be bringing his nine concerns for the country during his visit in Rome to the tombs of saints Peter and Paul, and will also bring them with him on a visit to Assisi, the home of 13th-century St. Francis.

Dolan also describes the dispute he and the U.S. bishops’ conference have had this year with the Obama administration over a mandate regarding coverage of birth control in health care plans as a “major conflict.”

Dolan says he is alternatively “concerned,” “worried,” “bothered,” and “anxious” about:

For the full text of Dolan's remarks, visit his column.