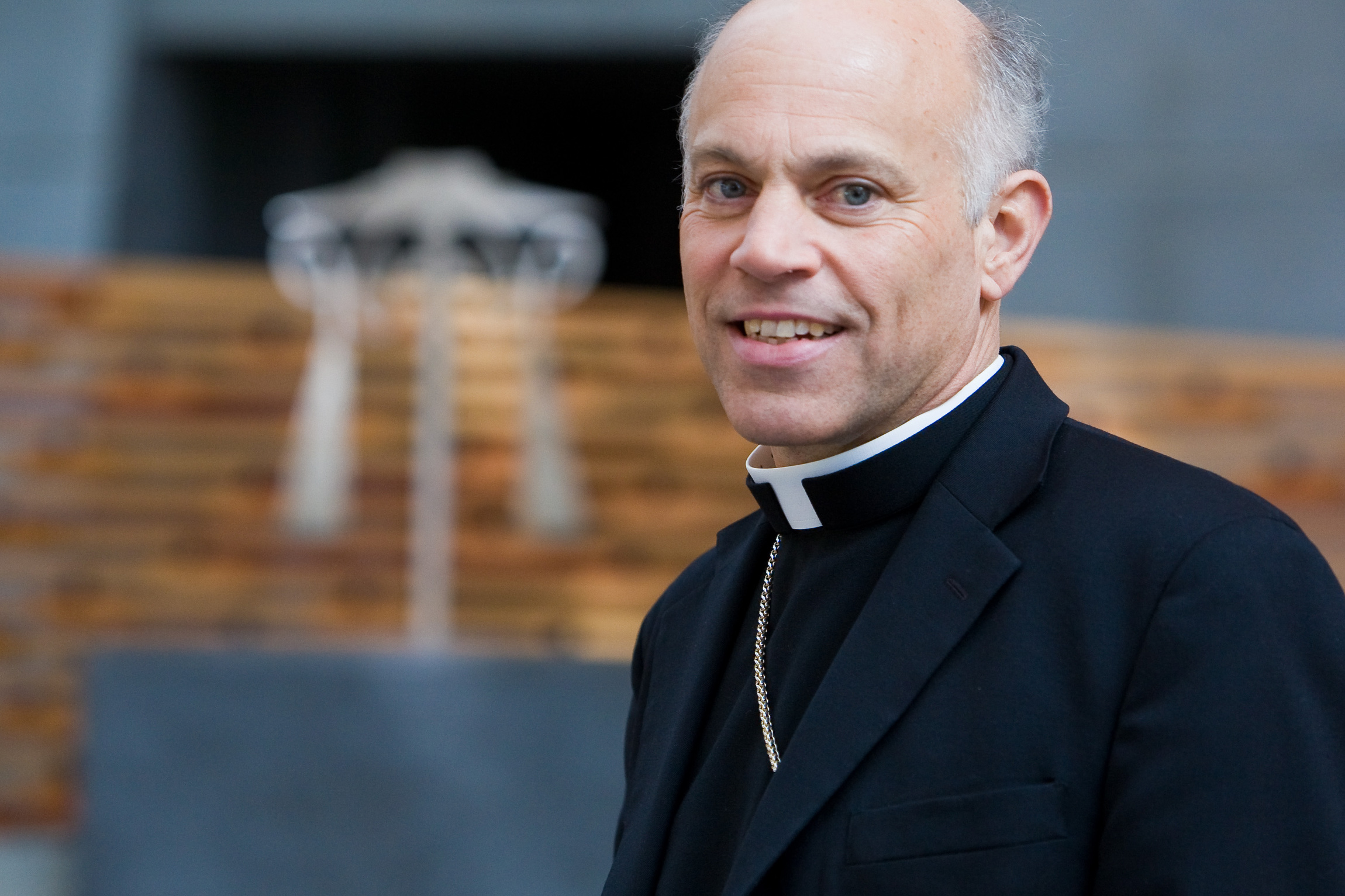 Salvatore Cordileone is to be installed as the ninth archbishop of San Francisco today, (CNS/Greg Tarczynski)

One commentary called it a “frosty welcome.” I’d say the letter about Salvatore Cordileone, who will be installed as the ninth archbishop of San Francisco today, from the Episcopal bishop of California was cautious.

Writing to the people of his church, Episcopalian Bishop Marc Andrus says, “The announcement of [Cordileone’s] appointment by Pope Benedict has come with mixed reactions and feelings from San Franciscans of all or no faith tradition.  Bishop Cordileone was an active supporter of Proposition 8, which I and the other Episcopal bishops throughout California opposed.”

Prop 8 was a 2008 ballot initiative in California that barred gay marriage. Though the initative passed, it was found unconstitutional by California courts in 2010 and 2012. Cordileone's labors against gay marriage was so strenuous that the East Bay Express newspaper called him the "Father of Proposition 8."

Andrus  continues “Despite this difference of opinion and support, I look forward to working with Archbishop-designate Cordileone when and how we can … Archbishop-designate Cordileone's predecessor and I have worked closely and fruitfully on reducing extreme poverty globally through the Millennium Development Goals. At the same time as we did this important work together, we took very different public positions on Proposition 8. We can and must both work together for the world's good, and it is equally important, as I say in most of my blessings at the conclusion of the Eucharist, that "we make no peace with oppression."

"... Even as we welcome those who may join us and look for ways to work with our Roman Catholic siblings in the faith, we will not be silenced in our proclamation of God’s inclusion."

“The archbishop is the new head of our church family - admittedly, a family that is at times dysfunctional and riddled with conflict and tension, but from a faith perspective, a family nonetheless. How the new head of our family gathers information, how he makes decisions, how he communicates, how he teaches, how he leads, are all important to our community.

“The archbishop is an advocate for immigrants and an opponent of the death penalty, but he comes here perceived as a one-issue bishop. No one expects him to be silent on church teaching, but he has a choice to make. He can continue to be the aggressive, outspoken leader of the American Catholic bishops in their effort to prevent civil gay marriage, or he can be the shepherd of his flock. He can't be both, and if he tries, he will fail.”

NCR's message to soon-to-be Archbishop Cordileone: the best of luck to you. Let us know if we can help you out.