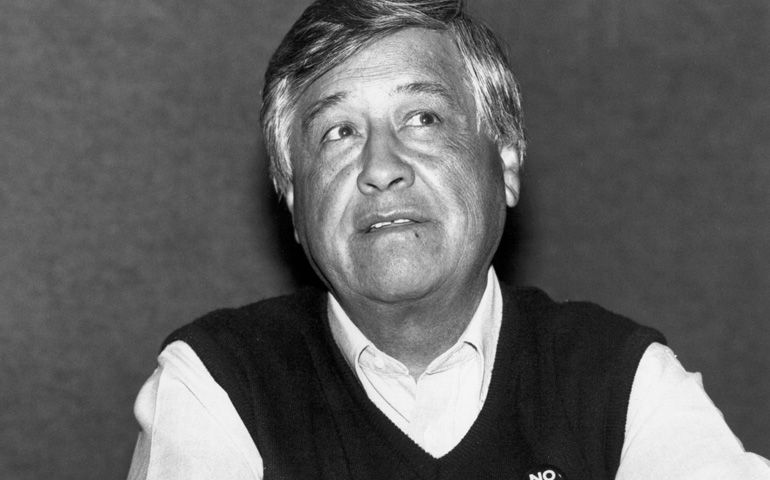 I'm writing this blog on March 31, the birthday of Cesar Chavez, the best-known Latino figure in American history. He accomplished what had never before been done: successfully organized farm workers, mostly Latino, Filipino, and African-American.

Here in California, this day is a state holiday for Chavez, though no schools or public offices are closed. In the public schools, teachers are supposed to take some time to discuss with their students the legacy of Chavez, but most do not. So what is that legacy?

Chavez reminds us that there are still many poor farm workers who are exploited by big and small growers who pay them inadequate wages, provide poor housing and no benefits, and allow their children to work in the fields rather than go to school. So part of Chavez's legacy is the revelation that despite his struggle from the 1960s to his death in 1993, there is still too much poverty in this country, and many of these poor are farm workers, both U.S.-born and immigrants, especially undocumented ones from Mexico.

Chavez's legacy also reminds us of the class divide in this country and of the unjust concentration of wealth in the United States, where the rich get richer and the rest see their paychecks decrease and their standards of living reduced. (This includes the middle class.) Chavez took on the big growers and forced them through the farm workers' strike for five years (1965-70) and through the famous grape boycott to recognize a union for farm workers and to bargain collectively on higher wages and benefits. As Chavez said: "Si, se puede!" ("It can be done!")

Chavez's legacy is to encourage similar movements today for Americans to strike back against the monster corporations, including Wall Street, that prevent a more just and equitable society. But Chavez's legacy is also to remind us that social movements to bring about a more democratic society need to be based on nonviolence, on organization, and on patience. Chavez said while the rich had money and power, the poor had time, and history was on the side of the poor and oppressed.

Cesar Chavez's legacy is still relevant today, and he is asking us to continue "la lucha" -- the struggle.