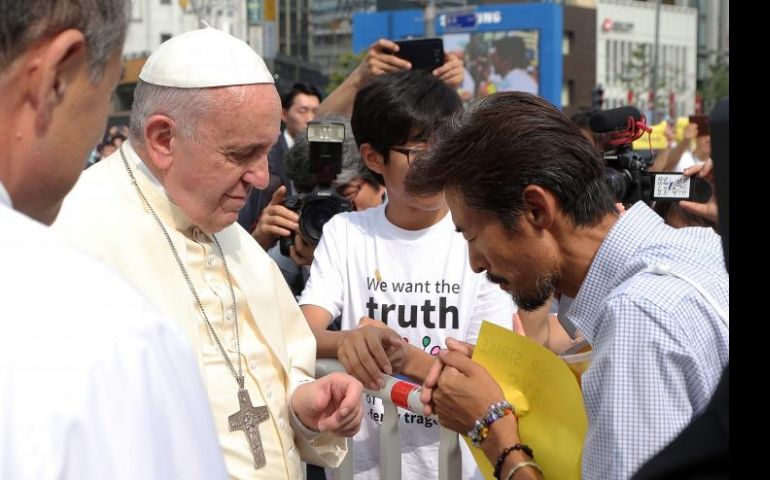 (Committee for papal visit)
This article appears in the Francis in Korea feature series. View the full series.

Kim Young-oh, whose 17-year-old daughter died when the Sewol ferry sank and has been fasting for 40 days, was hospitalized today. He has been on a hunger strike demanding legislation by the South Korean government to order an independent investigation into the disaster, with legal mandates to prosecute anyone found culpable.  Parliament has been unable to agree to the terms of Kim and members of other families whose relatives were lost April 16th when the ship went down after crew members all escaped on life boats but left passangers behind.

During Pope Francis' trip to South Korea, Kim briefly met with the pontiff and passed him a letter. Francis told Sewol families he would continue to pray for them. Asked at one point if he had entered South Korean politics by wearing a yellow ribbon given to him by the families, he said one responds to suffering and pain. Period.

It is uncertain if Kim has accepted food in the hospital.

Zagano has long made the case for women deacons

We need more 'stormy' relationships like Obama and Christie