The End of White Christian America 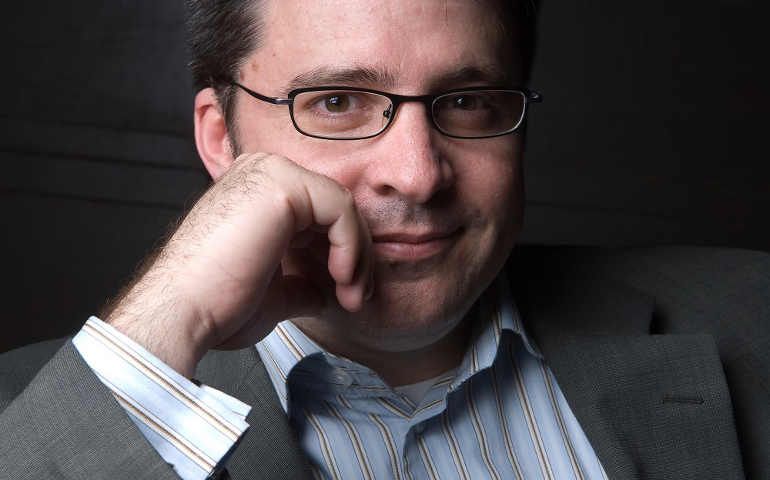 By many accounts, it’s a fascinating book -- with strong religious and political implications. It has gotten rave reviews from both academics and media outlets like The New York Times. (The NCR review is coming soon.) I’m talking about The End of White Christian America by Robert P. Jones. Jones is the founder and CEO of the Public Religion Research Institute (PRRI), and (like me) loves to analyze polling numbers.  So I interviewed him about his book this week for Interfaith Voices.

One question I asked him got me a blunt answer. “When Donald Trump says he wants to ‘make America great again,” is he really saying, “bring back white Christian America”?  Jones’ immediate answer: YES. No hesitation… just “YES.” Donald Trump is the nostalgia candidate, wishing for an America that has already passed into history.

But the title of this book can be jarring for Catholics and Orthodox. After all, we are Christians too. So I asked Jones about that. It turns out that Jones is really talking about the end of White Protestant America, in both its mainline and evangelical forms. He called the title a “metaphor” for that dominant political/religious group up to the latter part of the 20th century.

For those old enough to remember (like me), white mainline Protestantism was indeed the dominant religious/political force in this country for much of the 20th century, certainly until the 1970s. [Just think about the obstacles Catholic Al Smith faced when he ran for president in 1928, and the fact that many skeptical Protestant voices could still be heard when Jack Kennedy, also Catholic, ran in 1960].

Jones traces the rise of evangelicals as a political force to the late 1970s and 1980s, and notes that they have only recently begun to decline in influence. But the simple fact is this: the reign of both is over. White Christians -- even the collective body of Protestants, Catholics, Orthodox and nondenominational -- have dropped to about 45 percent of the U.S. population, and will likely continue to decline. 1993 was the last year that a majority of Americans identified as white Protestant.

Of course, I also asked Jones about Catholics. He pointed out that during most of the 20th century, we were about 21-22 percent of the U.S. population, and still are. But we are not the same group of Catholics we once were.  In the mid-20th century, descendants of European Catholics made up most of that 22 percent. Today, about half of our numbers in this country are from this group; the other half is Hispanic. All Catholics, but more diverse. Looked at another way: we Catholics have added significant numbers of Hispanics to the long line of immigrant groups that have long shaped American Catholicism. Descendants of the Irish, Poles, Germans, Italians and others are now joined by Hispanic in large numbers.

When I asked why this decline of white Protestant America is occurring, Jones cited three reasons:

Many “nones” have left mainline and evangelical churches over LGBT issues -- nearly a third of those who were raised religious, according to Jones.  Jones devotes an entire chapter of his book to the LGBT issue as a decisive factor in shaping current trends.

He also devotes an entire chapter to the racial divide in the United States and the fact that the “most segregated hour” in this country is still that hour in church on Sunday morning.

This demographic shift is producing, according to Jones, both anxiety and nostalgia in the American populace. The political landscape for Election 2016 confirms this view, and the electoral implications are out there for all to see. The Republican Party base is largely white Christians. It is not surprising that Donald Trump wants to bring it back. But Trump cannot reverse demographic trends. Welcoming racial and religious diversity is now a political imperative as well as a religious calling.

The End of White Christian America

Spring: an interfaith season of hope

The New Republic on Benedict