Father of ferry boat victim in 38th day of fast 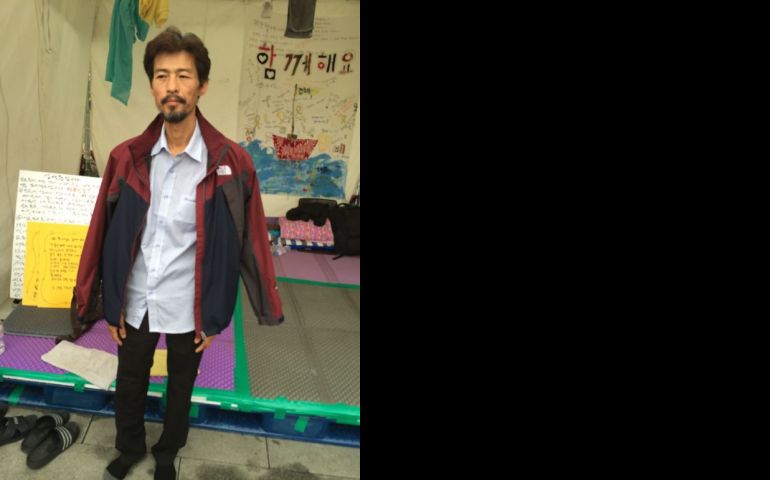 Last think I did before leaving Seoul today was visit Kim Young-oh, the Hyundai plant assembly line worker who was in the 38th day of a fast aimed at forcing an official independent government-sponsored investigation into the sinking of the ferry boat, Sewol, which took the lives of  306 Koreans last April.  Kim lost his 17-year-old daughter, and he says he will fast until Parliament passes the legislation the families of the ferry victims’ want.

We spoke briefly, shook hands, and I told him many people were praying for him and the other Sewol families. I added the truth will come out.  He smiled and sat down.

Kim got his wish on day 34 of his fast. He delivered a handwritten letter to Pope Francis who stopped his pope mobile to spend a minute with Kim before he led the beatification ceremony of 125 Korean martyrs.

Father of ferry boat victim in 38th day of fast

The other history of abuse in Catholic Ireland

Nothin' But Love for the SC GOP

My Near Death Panel Experience