Skip to main content
This story appears in the The Field Hospital feature series. View the full series. 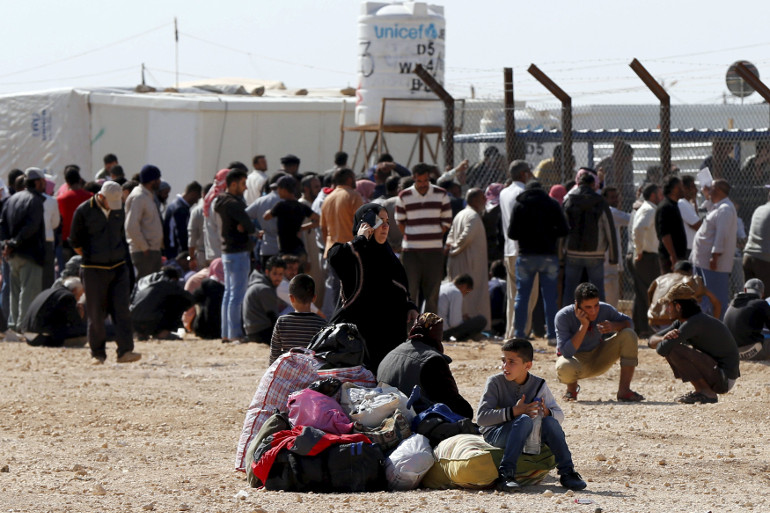 Syrians refugees at the Zaatari refugee camp Nov. 1 wait to register their names to return to their homeland in Syria. (CNS/Reuters/Muhammad Hamed)

The complex, frustrating and confusing world of U.S. immigration policy and procedures has come into sharp focus for St. Henry Parish in Gresham, Ore., where parishioners and staff have had a fully stocked home ready and waiting for a Syrian refugee family since spring.

Response to an appeal, spearheaded by Fr. Charles Zach was so positive last Easter that more than $2,500 in cash was collected and more than 450 items were donated, according to a report in The Catholic Sentinel, the Portland archdiocese's newspaper.

The excess was donated to other Catholic Charities immigration efforts.

Ibrahim and his family, however, remain in Jordan, Zach told NCR, where they have been for nearly a year  and a half.  The family's real name is not used for fear of reprisal because of their conversion to Christianity, which is illegal in many Muslim countries.

St. Henry Parish has worked with Gresham's Arabic Christian Church in the effort. That community is headed by Pastor John Baskaron, himself an Egyptian immigrant.

According to the Sentinel, Catholic Charities of Oregon settled 368 refugees during the last federal fiscal year, noting: “It’s a process filled with complications and unexplained delays.”