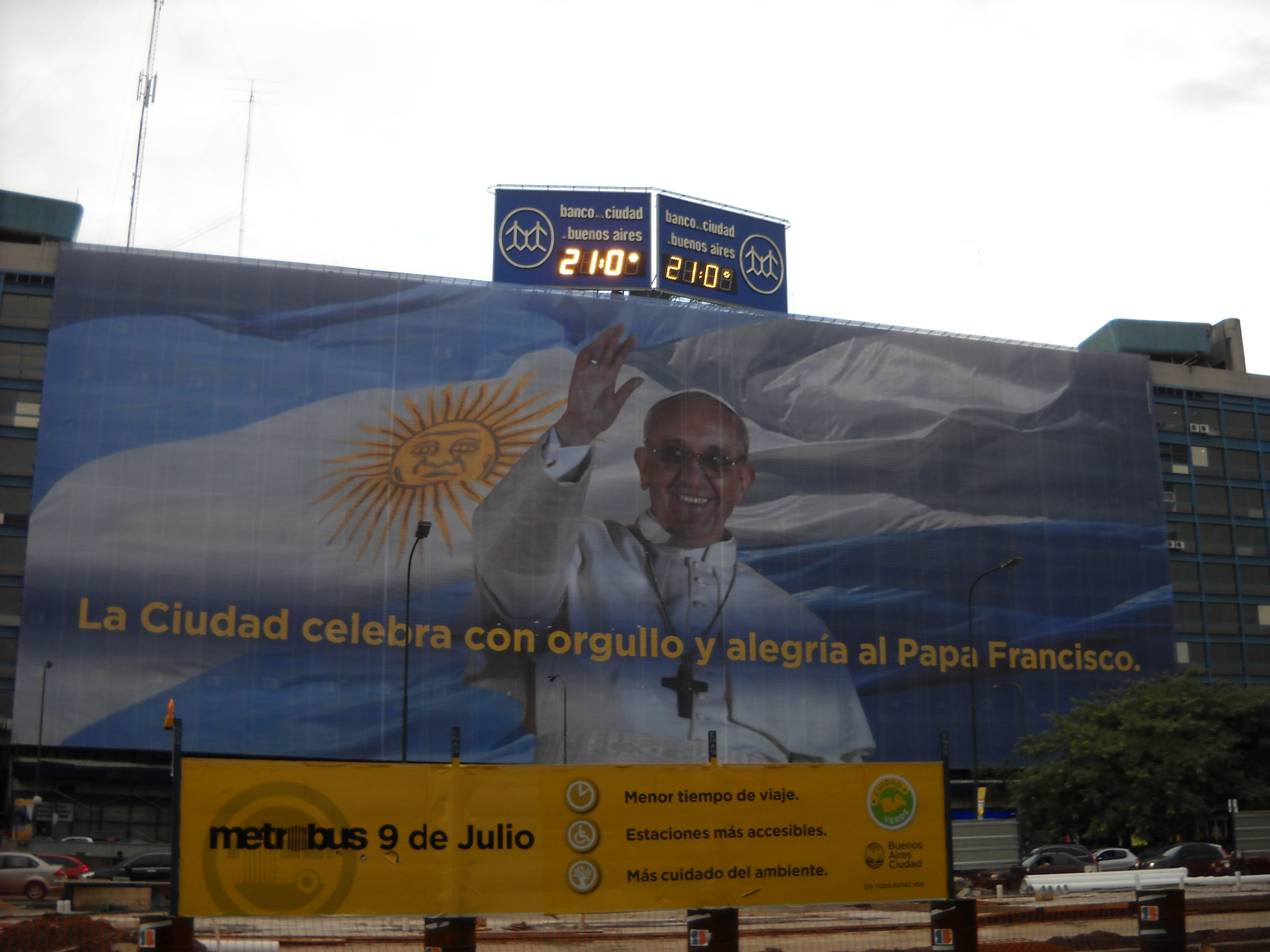 It probably shouldn’t be a surprise that the election of the first-ever pope from Latin America is causing a mini-Catholic boom in his home country, but however predictable, signs of a “Francis effect” in Argentina seem almost ubiquitous.

Among other indications of ferment, local Catholics say there’s probably never been a better attended series of Holy Week celebrations in the history of Argentine Catholicism than what transpired in late March 2013.

To give just one measure, a traditional Via Crucis procession in Rosario, the country’s second city, which usually draws around 200,000 people, this time attracted a crowd in excess of 350,000. Local media also reported long lines for confession at churches up and down Argentina throughout the week.

Jesuit sites in Argentina seemed to experience an especially notable bump, given the new pope’s Jesuit background. The Mission of San Ignacio, in Misiones Province, a Jesuit outpost dating from 1696, reported drawing 7,000 pilgrims during Holy Week, representing a 40 percent increase with respect to 2012.

Hotels near holy sites reported occupancy rates in excess of 80 percent, and some pilgrimage sites were forced to warn would-be travelers away given that all the vacancy in the area had been exhausted.

Local media devoted saturation coverage to the Holy Week celebrations, including left-leaning papers and broadcast outlets that generally pay scant attention to Catholic affairs. The week also brought unusual first-person narratives from leading media personalities, discussing how the election of an Argentine pope stirred a Catholic corner of their soul.

“All of a sudden, every journalist in the country discovered a connection with the church … this one was an altar boy, that one once went to a parish fish fry, and so on,” one local Catholic laughed today.

One clear physical sign of the “Francis effect” can be glimpsed on the side of a major city building in downtown Buenos Aires called “Del Plata”, where a massive billboard featuring a smiling photo of the pope has been erected with the words: “The city celebrates Pope Francis with pride and joy.”

(As a footnote, the mayor of Buenos Aires, Mauricio Macri, is widely viewed as a possible conservative challenger to the left-wing government of Cristina Kirchner. The billboard is thus partly a way for Macri to wrap himself in the papal euphoria in the country, just as Kircher did by travelling to Rome for a private lunch with the new pope on March 18.)

It remains to be seen how long this Francis-mania will endure, especially as Argentines get accustomed to the idea of one of their own sitting on the throne of Peter. For now, however, it’s hard to walk down the street in the city where Jorge Mario Bergoglio served as a bishop and archbishop for 21 years without seeing, or hearing, some expression of what seems a mix of both confessional and national pride.