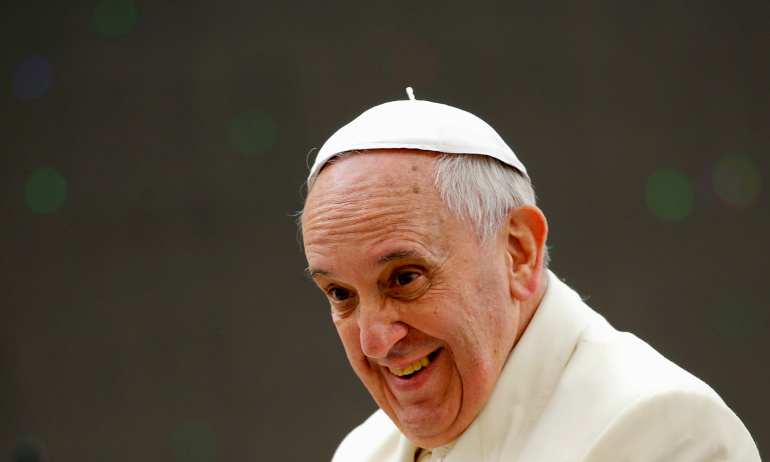 Pope Francis has marked the first anniversary of his pontificate with a wide-ranging interview touching on his views on a host of topics, including the role of women in the Catholic church, the ongoing clergy sexual abuse crisis, and possible changes to the church's family pastoral practices.

Published Wednesday simultaneously in Italy and Argentina, the interview seems to find the pontiff walking a bit of a tightrope -- expressing support for church teachings that have sometimes divided Catholics but also calling for mercy and consideration in their application.

Speaking on the church's prohibition on the use of artificial contraception, for example, Francis says a lot depends on how you consider Pope Paul VI's 1968 encyclical Humanae Vitae, which reaffirmed the ban. But, Francis also says, Paul was a "genius" in making the decision.

"It all depends on how you interpreted Humanae Vitae," states Francis in the interview, published in Italy by the daily Corriere della Sera. "The same Paul VI, in the end, recommended to confessors much mercy, attention to concrete situations."

Pope Paul, states Francis: "Had the courage to stand against the majority, to defend the moral discipline, to exercise cultural restraint."

"The question is not that of changing the doctrine, but to go deep and to ensure that pastoral care takes into account situations and what is possible for people," the pontiff continues.

Wednesday’s interview, published in Spanish by the Argentinian paper La Nación, was conducted by Ferruccio de Bortoli, the editor-in-chief of the Italian paper. It is the latest of several lengthy the interviews the pontiff has granted in the year since his election as pope on March 13, 2013.

The interview contains some of the pope's only public words on the sexual abuse crisis, which continues to roil dioceses across the world. Asked about the subject, Francis replies: "I want to say two things."

"The cases of abuse are awful because they leave profound wounds," he states. "Benedict XVI was very courageous and has opened a way. On this way the church has done so much. Perhaps most of all."

"The statistics of the phenomenon of violence against children are staggering, but show clearly that the vast majority of abuse happens in the family setting and neighborhood," he continues.

"The Catholic church is maybe the only public institution to have moved with transparency and responsibility," he states. "No one else has done more. Yet the church is the only one to be attacked."

In the nearly 3,000-word exchange the pope also touches on a number of personal subjects, calling himself "a man who laughs, cries, sleeps peacefully, and has friends like everyone else. A normal person."

At one point the pontiff says he does not think he will be able to visit his native Argentina before 2016 because of expected trips first to the Holy Land, Asia, and Africa. He says he wants to visit his ailing sister, the last of his four siblings: "But this does not justify a trip to Argentina."

The pontiff also states that he doesn't like his fame and seems to make reference to a depiction of himself as a superhero in a drawing on the wall of a building near the Vatican. Citing a phrase of Sigmund Freud that "in every idealization there is an aggression," the pope states: "To depict the Pope as a kind of superman or a star seems to me offensive."

Turning to his focus on family issues, Francis says the family is going through a "very serious crisis."

"It is difficult to form [a family]," he states. "The young people marry little. There are many separated families in which the project of common life has failed. The children suffer much."

Mentioning a worldwide meeting of bishops (known as a synod) on the topic of family life he has called for October and a Feb. 20-21 meeting of the church's cardinals (known as a consistory) on the subject, Francis says: "We have to give a response."

"But for this we need to reflect very deeply," he states. "That is what the consistory and the synod are doing. We need to avoid remaining on the surface."

"It is the light of the profound reflection that will seriously address the particular situations, including those of the divorced, with pastoral profoundness," he continues.

Asked if the meetings of the cardinals on the subject involved discussions or disagreements, the pope states: "I would be worried if in the consistory there had not been an intensive discussion, that would not have served anything."

"The cardinals knew they could say what they wanted, and have presented many different points of view," he continues. "Open and fraternal discussions grow theological and pastoral thinking. Of this I am not afraid, rather I seek it."

Asked why he doesn't speak as much about the church's teachings which are sometimes called "non-negotiable," like sexual and bioethical morality, the pope replies bluntly: "I never understood the term non-negotiable values."

"Values are just values," he states. "I cannot say that between the fingers of one hand there is one less useful than the other. So I do not understand in what sense there can be negotiable values."

"What I had to say on the topic of life, I wrote in the exhortation Evangelii Gaudium," he says, referring to his recent apostolic exhortation, titled "The Joy of the Gospel" in English.

Regarding the subject of women’s roles in the church, the pope says, "it is true that women can and should be more present in the places of decision of the church."

"But this I would call a promotion of functional type," he states. "[Moving] only in this way you do not come far down the road."

"We must rather think that the church ... is feminine from its origins," he continues. Mentioning the 20th century Swiss theologian Hans Urs von Balthasar, the pope states that, "the Marian principle guides the church next to Peter."

The pope promises that a "theological deepening" on this subject is "in progress." Cardinal Stanisław Ryłko, the president of the Pontifical Council for the Laity, the pope says, "is in working in this direction with many women who are experts in various subjects."

Later in the interview the pope says he is currently reading an Italian book on the subject titled Pietro e Maddalena, Il Vangelo corre a due voci (Peter and Mary Magdalene, The Gospel Runs in Two Voices in English), by Damiano Marzotto.

At other points in the interview the pontiff also addresses a number of other topics, including: the Catholic church's relations with the Orthodox churches, his opinion on same-sex unions, globalization, and his position of acquisition of wealth by Christians.

To the last topic he says, “the Gospel condemns the cult of wellbeing" and emphasizes that when we are judged in death “our closeness to poverty” will be counted.

“Poverty keeps idolatry far away, and opens the door to Providence," he states.

With the Orthodox, he says, "it is important that we walk together."

"Orthodox theology is very rich," he states. "And I think that they have at this time the great theologians. Their vision of the Church and collegiality is wonderful."

Asked about same-sex marriage, he responds: "Marriage is between a man and a woman."

"The secular states want to justify civil unions to regulate different situations of living together, driven by the need to regulate economic aspects between people, like ensuring health care," he states, saying he can't identify the ways different countries are addressing the matter.

"We need to see the different cases and evaluate them in their variety," he states.