Head of We Are Church excommunicated for celebrating Mass without priest 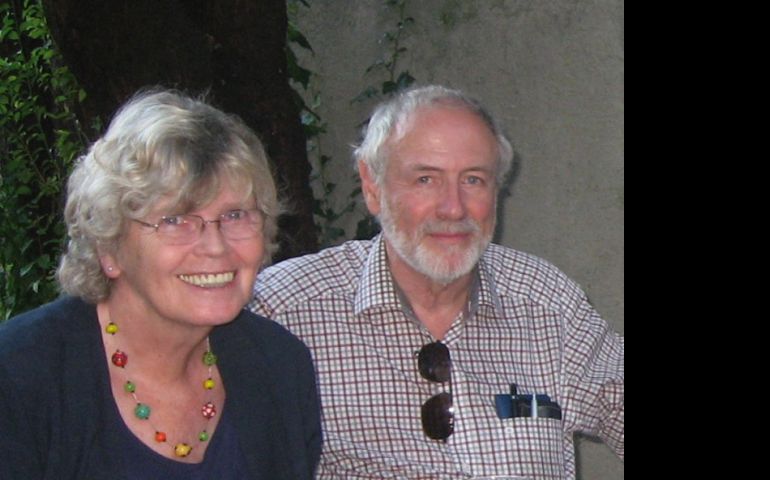 Martha Heizer, the head of the reform international movement We Are Church in Austria, and her husband, Gert Heizer, have been excommunicated by the Vatican for celebrating Mass without a priest present, according to a statement from the diocese of Innsbruck, Austria.

Bishop Manfred Scheuer said in the statement that "publicizing their practice of having 'private Eucharistic celebrations without the presence of a priest' " forced the bishop "to initiate legal action."

On Wednesday, the bishop read the final decree issued by the Congregation for the Doctrine of Faith to the Heizers at the diocesan court in Innsbruck in the presence of two judges of the diocese, according to a statement from the Heizers.

"This does not mean that we are not part of the church anymore," the Heizers said in the statement, published Thursday in Austrian daily Tiroler Tageszeitung and translated for NCR by Bernie Aurin. "By virtue of our baptism we remain part of the church as long as we ourselves do not choose to leave her."

The diocesan statement, sent by email Thursday from diocesan spokesperson Michael Gstaltmeyr and also translated for NCR by Aurin, stated that the Heizers may apply within 10 days with the bishop for the "nullification or for a change in the stipulations of this decree, including a temporary stay."

Scheuer also said that "it was very clear to them what their actions would mean to the church. For me it is a defeat that we did not manage to get the couple to change their minds and avoid legal proceedings. Determining self-excommunication is never a victory, but always a defeat for the church."

The Heizers said they were expecting to be punished and that Scheuer had told the couple that their personal conscience should "not allow us to break church laws."

Celebrating the Eucharist unauthorized by the church is one of the "three most grave offenses," the statement from the Heizers said. "The other two offenses are breaking the confidentiality of the confessional and sexual abuse."

The Heizers said they are "appalled to find ourselves put into the same category as those priests that sexually abused minors. This is especially bitter for us because we are not aware of a single perpetrator of sexual abuse that was excommunicated."

The diocesan statement stated there is "hope that those persons responsible for holding 'private Eucharistic celebrations' will come to realize what they are doing, see the damage that they are causing to the church and change their ways."

However, the Heizers aren't backing down.

"We have not accepted the decree," their statement said. "We have refused it. ... We will continue to commit ourselves to the reform of the Catholic church. These proceedings illustrate very clearly how urgent the church needs to be renewed."

The We Are Church international movement was founded in Rome in 1996, according to the organization's website, and it is committed to the renewal of the church on the basis of the Second Vatican Council. We Are Church evolved from the Church Referendum in Austria in 1995 that was started after the child sexual abuse scandal surrounding Austrian Cardinal Hans Gröer.

[Stephanie Yeagle is managing editor of NCR. Her email address is syeagle@ncronline.org.]