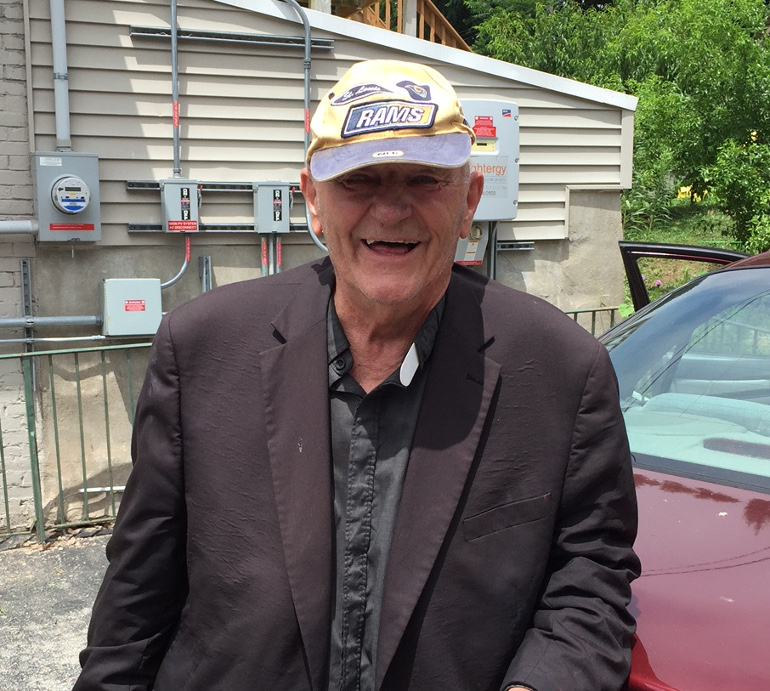 Oblate Fr. Carl Kabat, 82, will have a hearing at 9 a.m. Monday in the Kansas City, Mo., Municipal Court for a July 4 action in which Kabat splashed red paint on a sign at the National Security Campus in Kansas City.

According to a press release from PeaceWorks, Kansas City, the facility "makes, orders, and assembles 85 percent of the non-nuclear parts for U.S. nuclear weapons." Kabat said he defaced the sign because "that place is bloody, and it was red paint -- bright red paint."

Kabat was detained by security guards before being arrested. He was charged with two ordinance violations, trespassing and knowingly doing damage.

This was just one of many actions Kabat has taken at the National Security Campus site beginning in 2011 when the priest cut the fence and stayed overnight on the property.

According to the Peaceworks, Kansas City, press release, Kabat lives at an Oblate retirement center in Belleville, Ill., after many years of living at the Catholic Worker home named for him in St. Louis.

“Following missionary work in the Philippines and Brazil, Kabat has devoted much of his life to resisting nuclear weapons,” the press release stated. “He led the first Plowshares action in 1980 and the first major resistance against Minuteman II missiles in Missouri in 1984 (for the latter, he received a sentence of 18 years in prison and served 10 years there).”