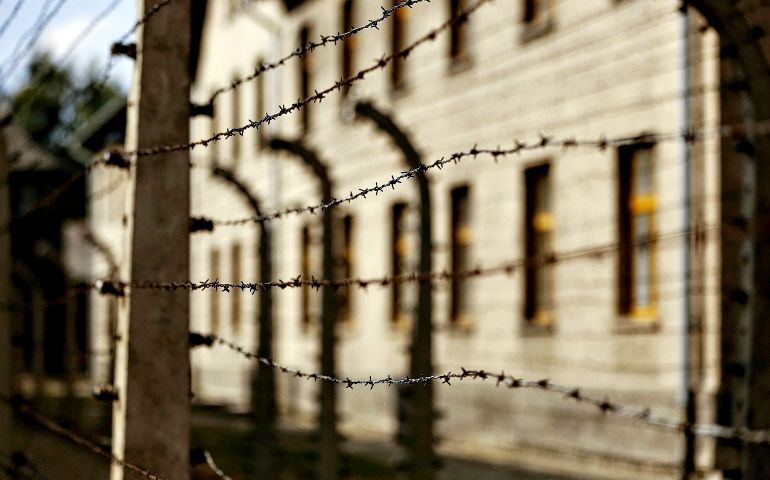 In the early 1970s, I was in danger of becoming another graduate school dropout. In the philosophy department at the University of Toronto, linguistic analysis and logical positivism seemed to reign supreme. I was bored, unable to see the relevance of philosophy to the causes for justice and peace that I was getting involved in. And then I attended Emil Fackenheim's graduate course on the philosophy of religion.

The first day of class, Professor Fackenheim offered two maxims for our consideration: first, that good philosophy does not necessarily have to be boring, and, second, that if you really understand something, you can say it simply.

I was interested. I actually felt I was beginning to think, as if for the first time. He took us through the long history of encounters between faith and Western philosophy. By that time, he was a recognized expert on modern German thought — Kant, Fichte, Schelling and Hegel. He spoke with a heavy German accent and often had a twinkle in his eye as he puffed on his cigar.

Then one day, as he introduced 20th-century philosophers of religion, he began to reflect on the Holocaust. He faced us and asked, "How can we go on thinking in the same way after what has happened?"

I thought it was the first real question I had heard in the course of my graduate studies. It would shape my ongoing interest in the exercise of historical judgment, i.e., how can we think about events in our own time? Philosophers often seem to have a lot to say about events that happened in the past, but seem unable to think through the world as it is happening around them.

Fackenheim had just published his book God's Presence in History and I purchased the first edition, reading it through the night. It was a powerful and gripping reflection that invited the reader to think dialectically.

In Fackenheim's view, Hegel's dialectical thought had often been reduced to the formulaic thesis-antithesis-synthesis. Fackenheim presented the dialectic in a dynamic way, insisting that the thesis encompassed but did not obliterate the distinctions. Reading this book taught me how to think dialectically and to consider the dynamic relationship between history and philosophical and theological reflection.

In this book, he laid out the foundations for considering revelation as ongoing in history and that the historically grounded faith (of Jews and Christians) makes them vulnerable to what had happened in the Nazi era.

The Holocaust, by the time I met him, had become the focus of much of Fackenheim's reflections. He himself, a young rabbi, had been imprisoned for a few months in Sachsenhausen and had escaped to England and Canada, where he was interned in a prisoner of war camp. For a long time, he had been unable to think about the Holocaust and had completed his philosophical studies by focusing on the notion of creation in medieval Arabic philosophy.

However, his friendship with Elie Wiesel and his marriage to the feisty Rose gave him the courage to think about what had happened during the Holocaust. The Six-Day War, which seemed to threaten the existence of the state of Israel in May and June 1967, was a further impetus.

Fackenheim first articulated the oft-repeated phrase "Jews are forbidden to hand Hitler posthumous victories" in his article "Jewish Faith and the Holocaust" in Commentary in 1968.

He quotes that article almost verbatim in the concluding chapter of God's Presence in History because "I am unable to express it better now than in my earlier statement."

Jews are forbidden to hand Hitler posthumous victories. They are commanded to survive as Jews, lest the Jewish people perish. They are commanded to remember the victims of Auschwitz, lest their memory perish. They are forbidden to despair of man and his world, and to escape into either cynicism or otherworldliness, lest they cooperate in delivering the world over to the forces of Auschwitz. Finally, they are forbidden to despair of the God of Israel, lest Judaism perish. A secularist Jew cannot make himself believe by a mere act of will, nor can he be commanded to do so ... And a religious Jew who has stayed with his God may be forced into new, possibly revolutionary relationships with Him. One possibility, however, is wholly unthinkable. As Jews may not respond to Hitler's attempt to destroy Judaism by himself co-operating in its destruction. In ancient times, the unthinkable Jewish sin was idolatry. Today, it is to respond to Hitler by doing his work.

During the early '70s, I was privileged to hear him thinking out the challenges of the Holocaust. I listened to him in the courses and over the Passover meals at the home of Rose and Emil. He argued forcibly that there was such a thing as what Kant called "radical evil," evil done for the sake of evil. He gave reasons why the Holocaust was a unique event in history. I agreed with him, then and now.

A Jew today is obliged to retrace the road which led his brethren to Auschwitz. It is a road of pain and mourning, of humiliation, guilt, and despair. To retrace it is living death. How to suffer this death and also choose Jewish life which, like all life, must include joy, laughter, and childlike innocence? How to reconcile such a remembrance with life itself? How dare a Jewish parent crush his child's innocence with the knowledge that his uncle or grandfather was denied life because of his Jewishness? And how dare he not burden him with this knowledge? The conflict is inescapable, for we may neither forget the past for the sake of present life, nor destroy present life by a mourning without relief — and then there is no relief.

In God's Presence in History, Fackenheim speaks of "the commanding voice of Auschwitz," a bracing thought given the more liberal thinking of the times. Yet the command, although not clear, has implications for how Jews and Christians are to live in the world as it is.

The book outlines five considerations that he calls "fragmentary responses" to the "shattering reality" of what had happened. In this book, Fackenheim had taken up the summons to think about an event that shattered the faith of the biblical people and the optimism of the modern worldview. I finished my graduate studies with the conviction of the importance of recognizing the significant questions in life, in faith, even when the answers were not clear.

"The important thing," said Fackenheim in one of his lectures, "is to deepen the question."

This was the first book of Fackenheim's that I read. Although it is not a long book, it is dense and demanding. I stayed up most of the night reading it. Since then, I have read almost all of his other books and essays and I learned a great deal from him as he supervised my doctoral thesis, which focused on the exercise of political judgment in the reflections of Hannah Arendt. He did not like Arendt much (not critical enough of Heidegger!). However, I actually came to think that Arendt had insights to offer that filled in some of the gaps in Fackenheim's thought.

I still struggle with his interpretation of the commandment to endure and to survive, so that Hitler would not be granted posthumous victories. Having been involved in some struggles against injustice, I have become more aware of how we can become like what we fight against. In facing the fires of injustice, the fires of Auschwitz, we can begin to mirror in our minds the very patterns we are resisting. There were times in the '70s and '80s when Fackenheim seemed more aware of what he was against than what he was for. After he moved to Israel, he tended to interpret any criticism of the state as a threat to the survival of Judaism.

[Mary Jo Leddy is a Canadian writer, speaker, theologian and social activist. She founded the Romero House in Toronto to respond to the needs of refugees. She also teaches at the Toronto School of Theology.]

Justice | 'How can we go on thinking in the same way?'

Thousands in Berlin protest against anti-Semitism