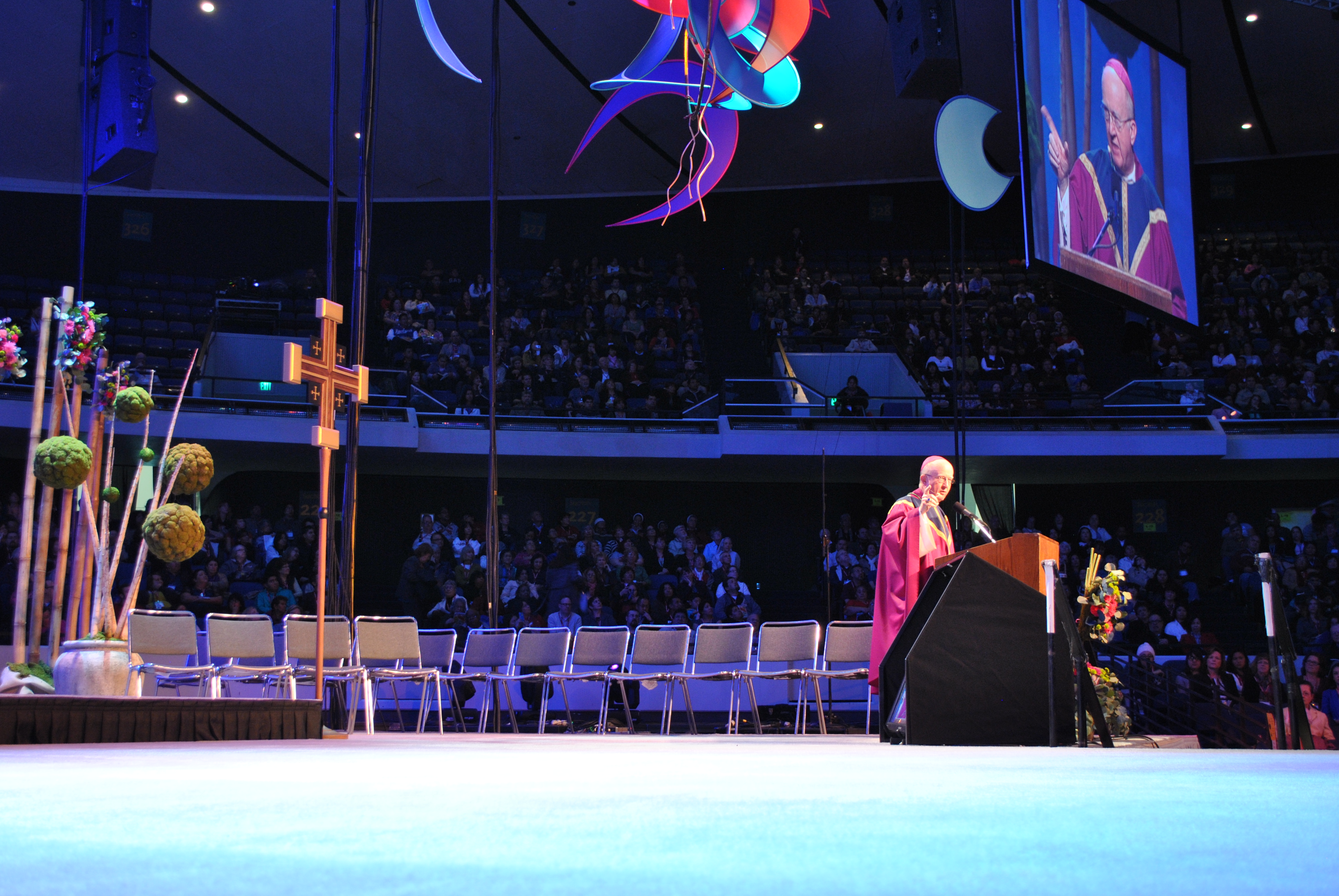 The end of a conference like LA Congress tends to be bittersweet.

After three days (four if you include Youth Day) of talks, liturgies, meeting new people, buying trinkets and immense crowds, people are ready to go home and return to their daily routines. Yet there is also a tinge of sadness that lingers in the air as people get into their cars or venture to the airport: Congress attendees are sad to see an event that unites people come to an end.

People wonder: What now? How do we implement what we have learned? How do we heal our church?

The Transfiguration marked the second Sunday of Lent. At the morning liturgy at the Anaheim Convention Center, Bishop Kevin Vann of Orange, Calif., spoke about returning to daily life.

"The apostles were gifted with a vision -- a preview of the resurrection of Jesus," Vann said in his homily. "This vision helped prepare them for the crucifixion that was to come, the dark days that were ahead."

"Experiences like Congress -- moments of transfiguration -- are lanterns to hold ... and carry us through," he said.

Vann said his homily in both English and Spanish, embracing the diversity of the crowd in front of him. Throughout the weekend, various cultural traditions were implemented within liturgies and talks, as were different languages, including Vietnamese.

"Life's all about the little things," said St. Joseph Sr. Anne Bryan Smollin in her afternoon talk in the arena.

"We don't need big things, just the little moments and reminders that the Gospel is alive -- that we are alive."