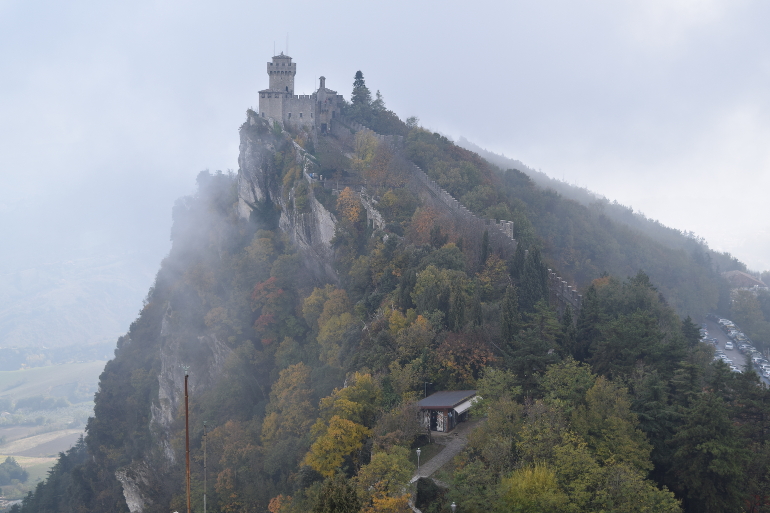 The leaders of one of the world's smallest and oldest countries are backing Pope Francis' recent call for Christians to embrace Jesus' teachings on nonviolence, saying in a letter to the pontiff that he is encouraging them not to give into the "blackmail" of just war theory.

The Captains Regent of the Republic of San Marino, a 24-square-mile microstate on the northeastern part of the Italian peninsula, also tell Francis that his focus in his 2017 World Day of Peace message on using active nonviolence as a political method "is crucial in identifying the only feasible way to build a world of peace."

"Always a spokesperson for the way of mediation and diplomacy, the Holy See even more today teaches us and encourages us not to give in to the blackmail of 'just war,' but to welcome every incentive that leads us to work for a society that is more human, more respectful of human rights, more open to dialogue and discussion with different peoples," write regents Marino Riccardi and Fabio Berardi.

Saying they are uniting their voices "to the heartfelt appeal" of the pontiff, Riccardi and Berardi add: "We feel united and in solidarity in this appeal to those feelings of mercy, compassion and charity that Your Holiness so symbolically raised up in the course of the Jubilee Year, contrasting them to the logic of violence."

San Marino, located on the slopes of Monte Titano southwest of the Italian town of Rimini on the Adriatic coast, traces its founding to the beginning of the fourth century. It is governed by a 16th century Latin constitution under which two leaders of the country's opposing political parties are elected every six months to serve as dual heads of state.

Francis message for the 2017 World Day of Peace, celebrated Jan. 1, is titled "Nonviolence: a Style of Politics for Peace."

In the message, the pontiff reminds Christians that while Jesus lived in violent times, he “unfailingly preached God’s unconditional love, which welcomes and forgives.” Noting that at his own arrest before his crucifixion, Jesus told Peter to put away his sword, Francis states: “Jesus marked out the path of nonviolence.”