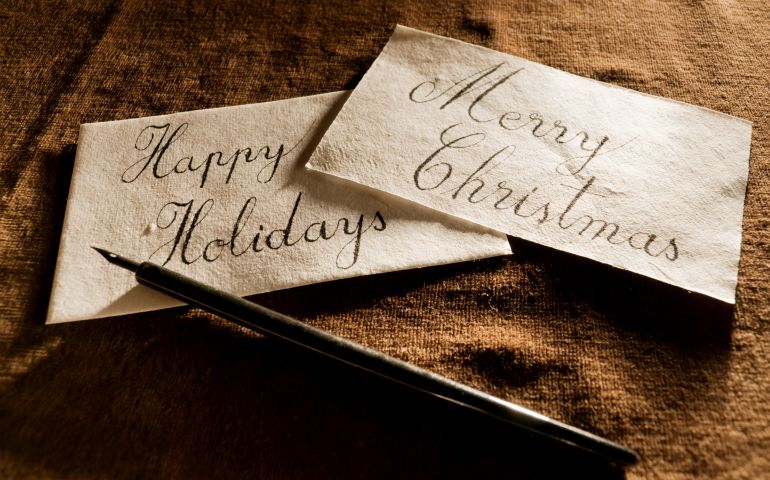 Sometimes, we get involved in arguments that seem (to me, at least) downright silly. And one of these is about whether to say "Merry Christmas" or "Happy holidays" to family, friends and co-workers at this time of the year.

As someone who hosts an interfaith radio show and works with several people who are Jewish, Muslim or agnostic and welcomes guests who represent the full panoply of faith traditions, it's easy to decide which to use.

If I am talking to Christians, I usually say, "Merry Christmas." But if I'm speaking to those who are not Christian, then "Happy holidays" is appropriate. For a mixed group, I use "Happy holidays," and everyone feels included.

But President-election Donald Trump does not seem to get that. It's one aspect of his inadequacy that has not gotten a lot of attention.

He does not seem to recognize that we live in an interfaith nation, a country where we respect a full range of faith traditions, as well as those who (in increasing numbers) profess no religious affiliation at all.

His advocacy for using "Merry Christmas" for everyone, no matter their faith tradition or lack thereof, is almost certainly a response to the insistence of many evangelical Christians, who voted for him in overwhelming numbers, that we are somehow delinquent or secular if we say, "Happy holidays!"

This from a man who does not seem overly religious himself. Of course, I have no way of judging his religiosity, but he has not been known as a regular church attender. (For the record, Trump is -- nominally at least -- a Presbyterian.) It is possible that Mike Pence, the vice president-elect, is pushing him to do that more often, to at least make an appearance in church now and then. It will be interesting to see if this continues after the inauguration.

One thing is clear: Trump needs to become acquainted with the interfaith movement. He ought to sit down with rabbis, imams, monks and nuns, leaders of Eastern traditions, ministers, priests and active laity to learn from them.

I see that Trump has not backed off his desire for a Muslim registry, a patently unconstitutional idea if I ever heard one. (By the way, if he does it, I know many non-Muslims who plan to sign up just to screw up the process!)

But his advocacy of "Merry Christmas" rather than "happy holidays," no matter who is the recipient of the greeting, is indicative of his urgent need for interfaith knowledge.

To create religious harmony, we must first build the chords